Physicians to Sanders: We Cannot Support Barriers to Health Care

While your staff has not shared with us the details of the current draft, we understand from colleagues in other single-payer advocacy groups that it mandates copayments for medical services for most Americans and proposes a four-year delay before the implementation of the single-payer reform. 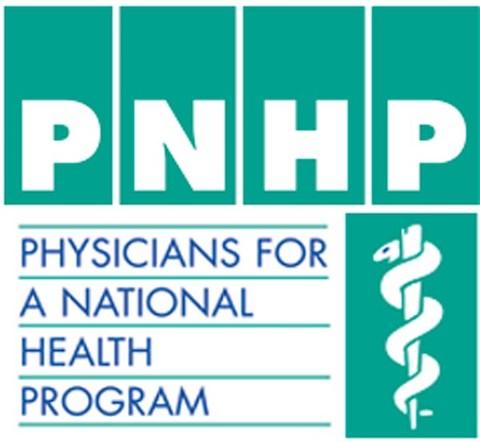 We are writing to express our concern about elements of your draft single payer legislation, especially the inclusion of copayments for medically-necessary care.

While your staff has not shared with us the details of the current draft, we understand from colleagues in other single-payer advocacy groups that it mandates copayments for medical services for most Americans and proposes a four-year delay before the implementation of the single-payer reform. We also understand that during the four year phase-in period, the bill would make available a public option, and provide some upgrades to and expansion of Medicare coverage.

Copayments undermine the goal of eliminating financial barriers to care, a goal that is at the heart of our single-payer advocacy. Copayments, even relatively modest ones, deter patients from seeking needed medical care.

For instance, in the Rand Health Insurance Experiment, compared to persons with entirely free care, those with copayments (as low as 16% of costs) reduced their use of essential and low-value medical services to a similar degree. Among non-poor adults, copayments reduced the use of "highly effective" care for acute conditions such as chest pain, urinary tract infections and fractures by 29% and "rarely effective" care (e.g. for a cold) by 22%.  Highly-effective care for chronic conditions fell by 15%, and for acute-on-chronic conditions fell by 21%. For non-poor children, copayments reduced highly-effective care (e.g. for ear infections and strep throat) by 15%, and cut well-child visits by 21%.  Cost sharing reduced prescriptions for several potentially life-saving medications such as insulin, asthma inhalers, and beta blockers by about 50% and oral contraceptive use by 25%.  While the Rand Experiment was too small and too short to detect the expected deleterious outcomes of these shortfalls in care, it documented that copayments resulted in significantly worse control of blood pressure, a key cause of heart attacks, kidney failure and strokes.

patients, eliminating medication copayments increased compliance, and (for minority patients), led to a 35% reduction in major complications such as recurrent heart attacks.[4]  Similarly, among insured school-age children with asthma, those with higher copayments used fewer medications but had a 41% greater risk of asthma-related hospitalization.[5] For nearly one-third of lower-income asthmatic children with high-cost-sharing coverage through the Kaiser Health Plan, parents reported delaying or avoiding outpatient visits, and 14.8% reported non-adherence to medications because of cost. The low income group in the study included those with family incomes up to 250% of poverty, some of whom would be hit by copayments under the proposed legislation. In that study, 15.6% of all parents (including those with higher incomes) reported borrowing money or cutting back on necessities to pay for their children's asthma care.[6]

Paradoxically, the reduction in care-seeking because of copayments may fail to cut system-wide utilization, instead shifting care from sicker and lower-income persons to the healthy and wealthy. When lower-income patients avoid care, doctors and hospitals fill the empty appointment slots and beds with less price-sensitive patients[7], an example of supply-sensitive demand.[8]

International evidence indicates that cost-sharing is neither necessary nor particularly effective for cost control. Canada, which outlawed copayments and deductibles in 1981, has seen both faster health improvement and slower cost growth.[9] Notably, Canada experienced no surge in care when it abolished copayments. Similarly, in the U.S. there was no overall increase in doctor visits or hospitalizations when Medicare and Medicaid were first implemented in 1966; care shifted from more affluent and healthier persons to those who were sicker and poorer. Scotland, which has eschewed patient payments--even going so far as to abolish parking fees--has costs about half those in the U.S. Strikingly, the U.S. has the world's highest health care expenditures despite its extensive patient cost sharing.

Finally, retaining copayments would substantially diminish the administrative savings achievable through a single-payer reform. In order to implement copayments, the single payer insurer would need to track individuals' changing incomes, family status (to calculate their income relative to the poverty level) and their copayments to date (to ascertain whether they've exceeded the out-of-pocket cap), and make that information available in real time to every hospital, clinic, lab, doctor's office, etc., in the U.S.  Providers would need to collect the copays, and bill patients unable to pay at the time of a visit.

We would also counsel against the proposed prolonged transition, although our objections to that aspect of the bill reflect practical concerns rather than medical ones.

Most of the administrative savings come only with the implementation of the full single-payer reform, while the proposed benefit improvements and incremental expansions of Medicare would incur substantial added costs. Similarly, the proposed public option would likely turn into a de facto high-risk pool, raising costs. Hence medical costs during the transition years are likely to be even higher than would be the case without reform, and certainly higher than under the fully-implemented single-payer structure.

Claims that the Department of Health and Human Services would need many years to design and implement the rules and regulations for the single payer ignores the fact that Medicare was implemented less than one year after it was passed, a humane and politically wise step that foreclosed political attacks that might have reversed the program before it could be implemented.

In sum, Physicians for a National Health Program cannot endorse or wholeheartedly advocate for a reform that includes copayments for medically-necessary services. While we would welcome the proposed reform as a useful step forward in advancing health justice, the persistence of copayments would unacceptably compromise the legislation's ability to improve health and foster equality in care. We urge you to reconsider the inclusion of copayments.

[2] Brot-Goldberg ZC, Chandra A, Handel BR, Kolstad JT. What does a deductible do? The impact of cost-sharing on health care prices, quantities, and spending dynamics. National Bureau of Economic Research 2015. http://www.nber.org/papers/w21632.