Some of America’s nearly 20,000 police departments have already started a few reforms, but most have not. 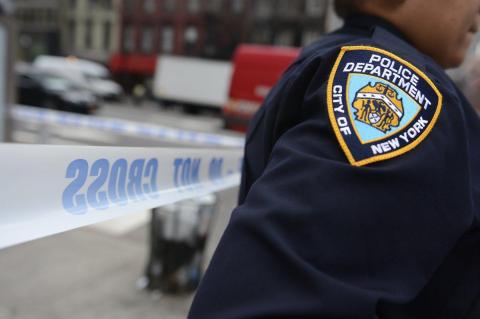 This is Part 25 in a 25 part series exploring solutions for police brutality in America. The problem of police brutality is actually deeply entrenched and amazingly complicated. Most of the factors that ultimately lead to fatal encounters happen long before the actual incidents ever take place. Police brutality has no quick fixes. No one single solution will solve the problem. Instead, it must be tackled from dozens of different angles, but as a part of one comprehensive plan

This series lays out that plan with reasonable, achievable solutions that will drastically reduce police brutality in this generation.

I began this 25 part series with a solution that is in our hands. Righteous, fair, woke, informed men and women from all races, ethnicities, religions and nationalities must become police officers and prosecutors all over this country. I understand why we don't want to be a part of the system, but until we do, we will always be fighting the system from the outside in. Reforms will always be slow and sporadic that way.

KING: Departments that don't report killer cops should be cut off

I am also ending this series today with another solution that is absolutely in our hands.

Outside of the two cases that I think we must appeal all the way to the Supreme Court, I have zero expectation that the reforms we want to see happen are going to take place on the federal level. Beyond the fact that our federal government is an absolute mess that gets next to nothing substantive done, the truth is that the federal government actually does not have serious oversight with local and state police departments, jails, prisons, or prosecutors.

KING: Dear White America, which form of protest do you prefer?

The changes that we want to see, the reforms that we know will actually make a difference, the upgrades and adjustments and pivots that will be necessary if we are to see a measurable reduction in police brutality in this generation must happen on the state and local level. Let me share a quick game plan on how I think we can go about fighting for these reforms.

First and foremost, I believe America's colleges and universities, which tilt progressive, can be on the frontline of these changes. Many major universities in the country have their own police forces and set many of the rules for them on the institutional level. All over the country, colleges and universities can begin enacting many of the previous 24 policy solutions on their own. Of course, most incidents of police brutality happen off of college campuses, but it is important to begin setting new standards like this as we can.

NYC PAPERS OUT. Social media use restricted to low res file max 184 x 128 pixels and 72 dpi
Some of America’s nearly 20,000 police departments have already started a few reforms, but most have not. (SUSAN WATTS/NEW YORK DAILY NEWS)
If thousands of colleges all over America set the stage for what the ideal police departments look like, will the NYPD or LAPD change the next day as a result? Of course not, but we are talking about making a deep seismic, systemic shift. What happens on college campuses is often the trendsetter for the rest of the nation.

Secondly, we must identify and rank America's cities and towns in order of where we think meaningful police reforms are most likely to pass. We could create a composite score for each city based on the culture and demographics of the city, voting trends, the current elected officials, previous progress and work already done by local activists, and more.

KING: Where's all the outrage when white men kill police?

One by one, we could zero all of our efforts on these cities — which are likely to be the most progressive cities in America, in order to get comprehensive police reforms passed — possibly with a citywide referendum, but also by backing leaders who support such reforms.

Lastly, it is my sincere belief that comprehensive, meaningful, reasonable police reforms could be passed on the state level in a few of the most progressive states in America. If we could create such a plan for California and put it to a vote, backed by our influence and our dollars, it just might pass. The same is true for Washington and Oregon. The point is, though, that getting such reforms passed statewide in a few states would not only have a serious impact on the issue itself, but would absolutely loosen the lid on the jar for such reforms all over the country.

We can do this.

We will do this.

It must be done.

It will likely take us the next decade to do it, but we have the influence, will and resources to make it happen.