The closure of two labor and delivery wards in D.C.'s poorest neighborhoods presents a challenge for communities with already alarmingly high maternal and infant mortality rates. 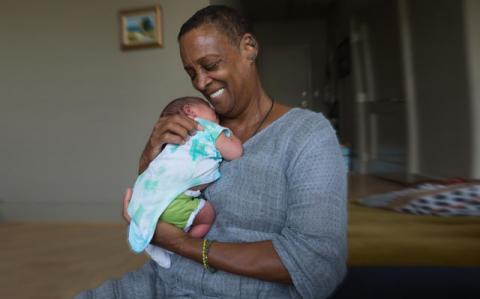 Claudia Booker, a certified professional midwife and doula, has been practicing in her native Washington, D.C. since 2005. , Claudia Booker

In 2015, Newsweek proclaimed that “Washington, D.C., is one of the worst places in America to be a mother,” based on a study of how it has the highest infant mortality rate of any capital city in the developed world. But in D.C., the health and well-being of mothers and babies varies widely based on race, class status and where you live. In Ward 8, which is more than 90 percent Black, a 2015 Save the Children report found “[infants] are 10 times more likely to die than children in Ward 3, Washington’s affluent northwest.”

Unfortunately, access to medical care for labor and delivery has just worsened in Southeast D.C, which includes Ward 8. Claudia Booker, a Washington D.C. native and practicing midwife and doula, explains: “We are now facing a medical care crisis in this city that in many ways rivals the crises other locales are facing after the recent hurricanes. However, this emergency and health disaster was not caused by nature but by years of lack of attention to its most vulnerable citizens, most of whom are people of color with little resources and resilience.”

First, in early August, Southeast Medical Center (SMC), the only full-service hospital in all of Southeast Washington, was ordered by the D.C. Department of Health to cease offering obstetrics and newborn care to patients while it undergoes a 90-day review prompted by dangerous medical errors. According to the Washington Post:

In one case, the hospital’s staff members did not take critical steps to prevent the transmission of HIV from an infected mother to her newborn, such as delivering by Caesarean section or treating the infant shortly after birth with antiretroviral medication, according to the letter, written by D.C. Health Department Director LaQuandra Nesbitt to the hospital’s chief executive. In another, a morbidly obese woman who was about 35 weeks pregnant and had come to the hospital with trouble breathing was not properly monitored or treated, despite a history of potentially fatal blood-pressure problems.

The status of any of the affected patients has not been disclosed by the hospital or the D.C. health department, citing patient privacy concerns. Last Friday, a public hearing was held about the closures at SMC, but reports of the hearing indicate that little new information was gathered about the problems that led to the suspension of newborn and obstetric services.

Because of this closure, women going into labor in Southeast D.C. will have to travel to other parts of the city to deliver their babies. Limited access to transportation could make this difficult for some who may not have access to a car for the 20-30 minute trip. To make matters worse, two other hospitals that serve many women from this community are limiting or shutting down their labor and delivery services as well.

The second factor contributing to this crisis is that Providence Hospital, a private Catholic institution in Northeast D.C., the second poorest part of the city, is ceasing its labor and delivery services effective at the end of October. The motivation behind this is likely financial, as labor and delivery services are rarely profitable for hospitals. But while SMC was only delivering around 400 babies per year, Providence currently delivers about 2000, representing a significant portion of annual deliveries in the District. Booker says many of the women delivering there are recent immigrants, in addition to the women from Southeast D.C.

Lastly, according to a press release issued by the American College of Nurse Midwives D.C., maternity care provider Washington Hospital Center will no longer accept all three types of Medicaid offered in D.C. This means that low-income women with all but one Medicaid provider will not be seen at the facility. They are the highest volume maternity care provider in D.C. with approximately 5,000 babies born each year.

The result is what the ACNM press release calls a looming “maternity care desert” for the poorest residents of the nation’s capital. But Booker says that the maternal health problems facing the most vulnerable women in D.C. aren’t just about where they give birth—they begin way before the labor does. “Babies are being born with bad outcomes because they had bad pregnancies,” she says. Most of the babies born at SMC did not  make it to term, according to Booker, who says that the average gestational age of the babies there was around 28 weeks—about two months early, putting the infants at risk for a slew of health problems from birth.

While the exact cause of maternal health problems, like preterm labor, low infant birth weight and infant mortality are not fully understood, the impact of discrimination on health is a growing area of interest, and Booker thinks it plays a major part in the problems affecting her communities in D.C. “When you’re faced with life long issues of recurring difficult situations that never seem to be easily resolved, you just go into survival mode,” she says.

Booker wants D.C. to bring a model that has worked well for improving maternal health outcomes for low-income Black women in Florida—one which doesn’t require neighborhood hospital maternity wards. The model is based on Easy Access Clinics, created by midwife Jennie Joseph, near Orlando, Florida. The clinics offer a prenatal care model that is truly accessible (no one is turned away regardless of ability to pay), and utilizes non-medical staff to offer education and support to pregnant women and their families.

But for now, it’s not clear how D.C. will address this looming crisis, beyond diverting women to hospitals in the Northwest part of the district, or even to nearby Maryland counties. Booker says it’s part of a larger trend of displacement and gentrification in the city, as Black communities are pushed out and White affluent communities move in. “We ain’t Chocolate City anymore,” she says. “We’re barely Rocky Road.”

Miriam Zoila Pérez is a Cuban-American writer covering issues of race, health and gender. She is the founder of RadicalDoula.com, and was an Editor at Feministing.com for four years, during which time the site was awarded the Sidney J Hillman Prize for Blog Journalism. Her writing has appeared in The Nation, Taking Points Memo, The American Prospect, MORE Magazine, Rewire and a number of anthologies, including “Yes Means Yes,” “Click” and “Persistence.” Pérez is the author of “The Radical Doula Guide: A Political Primer for Full-Spectrum Pregnancy and Childbirth Support” and the co-host of the Latinx music podcast Radio Menea. 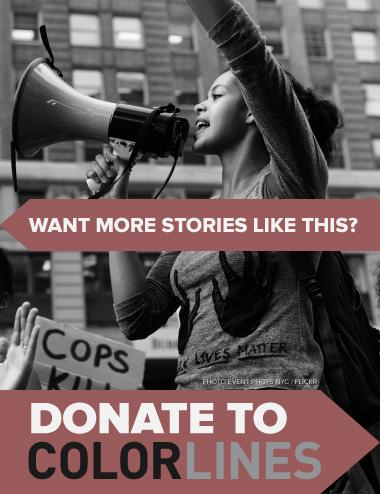