Anti-Fascist Teens on the Front Lines in Eastern Germany

What German antifa can teach its American counterparts. 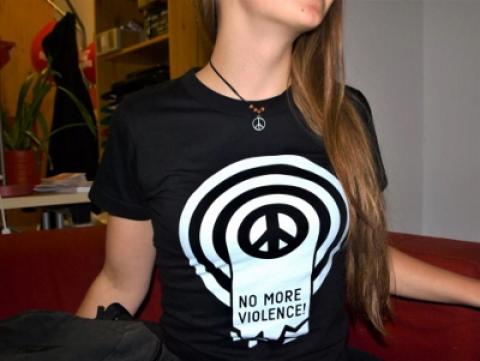 A shy grin spreads across Maximillian's face as he stretches out his arm to show where he was bitten by a Nazi. A faint, teeth-shaped scar marks where the attacker's jaw clamped down on the 17-year-old. Wearing suspenders and a flat cap studded with anti-fascist badges, Maximillian says his assailant was probably on drugs but that he knew he was a neo-Nazi because the guy called Maximillian "a fucking anti-fascist."

Maximillian shrugs as if to say it happens all the time. In the same month, December of 2016, he was ambushed by another gang of neo-Nazis in the town center. That time, they broke his jaw.

The teenager's hometown of Bautzen in eastern Germany has earned a reputation for right-wing extremists since Angela Merkel opened Germany's borders to almost 900,000 refugees in 2015. Over the past two years, Bautzen has seen anti-migrant demonstrations, a mass brawl between the town's residents and its asylum-seekers, and an attack on the information desk of a pro-diversity non-profit.

But the town's rising tensions reflect a nationwide surge in support for the far-right Alternative for Germany party (AFD). In the recent national election, the AFD became the first far-right party to sit in the Bundestag since World War II, with 12.6 percent of the vote (according to provisional results). In Bautzen's local state of Saxony, that number rose to 25.4 percent, and the town itself was one of only three constituencieswhere the AFD won outright.

Two Sundays ago, as the country began to see exit polls, protestors across the country gathered to demonstrate against AFD "hate" and "Nazi propaganda." AFD politicians have repeatedly been linked to neo-Nazis and accused of holding racist, unconstitutional views. While the AFD's entry into parliament appears to be a wake-up call for some Germans, for Maximillian, the fight against far-right politics has been taking place in his hometown for years.

One gloomy evening earlier this month, he sits in a group with five others. They are all members of the Bautzen youth branch of Die Linke, or "The Left," the socialist political party that won over 9 percent of the vote on Sunday. Although their group is independent of the main far-left party, they identify as Die Linke supporters, and as anti-fascists. They say they joined to demonstrate against the dominance of far-right groups in their local area.

"WHERE THE LEFT AND RIGHT ARE NOW BEING TREATED AS EQUALS IN THE UNITED STATES, THAT'S BEEN HAPPENING IN GERMANY FOR THE LAST 25 YEARS."

Like the AFD, which was founded in 2013, the Bautzen branch of this Die Linke youth group is also relatively new.

"It started about two years ago," says Kat, a rangy and energetic 19-year-old with thin-rimmed glasses. (We have changed his name for this story.) "Since the situation got very bad in our town with neo-Nazis, we had to do something." The group has regular meetings, holds demonstrations against the town's far right, and hands out fliers to earn support from the local community. "But it's difficult for us to find people who support us because neo-Nazis here are very deeply rooted," he says.

Bruno Roessel agrees. The official party spokesperson for the youth group, Roessel is dressed all in black and carries a bag printed with the words "Make Solidarity Great Again." "People in Bautzen think it's cool to be a Nazi," he says.

While the group is committed to welcoming refugees, most of its members are Germans. "Sometimes refugees join our demonstrations," says Sophie, who wears her long blonde hair draped over a "No More Violence" T-shirt. "But there are a lot of racists who want to hurt them. Of course, they're on our side but they want a peaceful life." (We have changed Sophie's name for this story.)

Members of the group have sacrificed basic security to be here. Each person has their own story about clashes with local neo-Nazis: beatings, threats, racist insults, getting called names at school, being spat on in the nearby shopping center.

"It's shocking because they do the attacks in daylight and not in the night," says Lisa, 17, speaking through a curtain of dark hair. (We have changed Lisa's name.)

It's a gray September in Bautzen. The town's empty cobbled streets, flanked by pastel-fronted houses, are an unlikely setting for this ongoing battle between Germany's left- and right-wing fringe groups. Today, the only sign of violence is the scrawled message in the underpass—"Fuck the Antifa [antifascists]"—and the scorched remains of the refugee shelter that was set alight last year as a crowd cheered in approval. 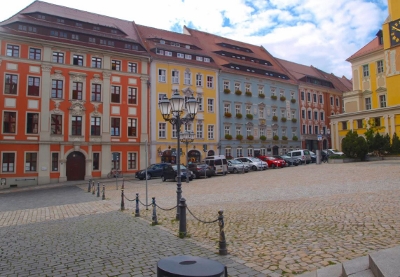 It is disorientating to hear Nazis referred to as a contemporary threat, rather than as a distant wartime memory. Kat lists their modern-day incarnations: the extreme-right groups active in the area. These include the white supremacist Aryan Brotherhood (complete with local clubhouse) and a Bautzen branch of the identitarian movement, branded Europe's "hipster new right."

Similar groups have a presence throughout Bautzen's state of Saxony, which sits in Germany's eastern armpit, bordering both Czechia (formerly known as the Czech Republic) and Poland. In 2016, Saxony saw more xenophobic incidents targeting refugees than any other state in Germany. Why Saxony has a "racism problem" is a question that's long puzzled the German media. But there is a consensus among anti-fascists and the far-left that Angela Merkel's ruling party, the Christian Democratic Union of Germany, is partly to blame.

"The CDU needs to say Nazism is a problem," says Deniz, 18, part of the Die Linke group back in Bautzen. The others agree, arguing that local representatives consistently fail to condemn neo-Nazi actions. The teenagers point to the example of Udo Witschas, Bautzen's deputy district councillor who was revealed to be exchanging friendly Facebook messageswith local neo-Nazi figure Marco Wruck. To Bruno, the conversation showed that the two shared similar views.

Juliane Nagel, a Die Linke politician based in Leipzig, also considers herself an antifascist. She believes that the CDU focuses its energy on fighting "left-wing extremism" instead of tackling established neo-Nazi networks. "The CDU has a problem with the democratic culture," Nagel says over mint tea in a Leipzig café. "They don't accept that the Antifa are part of this society. That's a problem. Where the left and right are now being treated as equals in the United States, that's been happening in Germany for the last 25 years."

As in the U.S., the German antifascist movement is struggling with public perception. While Donald Trump reacted to violence in Charlottesville by notoriously blaming "both sides," antifascists in Germany have suffered from a lack of mainstream support for years. And after far-left riots at the G20 in July caused millions of euros worth of damage and injured roughly 500 police officers, the relationship between the antifascists and the country's public soured even further.

"Since G20, there has been a campaign against left-wing people," Nagel says. She believes it is wrong to see left- and right-wing extremists as equals. "Why are they different?" She asks, then explains as if it's obvious: "Because the Antifa fight for a society where every person has a right to live—whatever they look like, whoever they love, wherever they come from. The right wing don't want an equal society. They have a hierarchical system in their head."

Die Linke's Kat sees the CDU's approach to left- and right-wing extremism in his town's attitude. "People in Bautzen don't see that Nazis are the real problem, they see us as the problem," he says. "They think we're vandals." 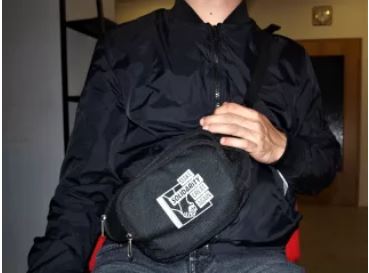 The town's leftist activists also feel disadvantaged because they struggle to retain their group's members, suffering a regular turnover as their peers leave Bautzen to work or study in nearby cities.

Kat is next to go. This evening, he joins his friends after spending the day looking for an apartment in Dresden.

"That's why the racists are so much stronger in comparison, because most of them stay here," Sophie says. "We feel completely outnumbered."

While the group feels overwhelmed, political scientist Dietrich Herrmann says their presence in Bautzen is rare among other small towns in Germany's east. While xenophobic attacks "of course" happen across the country, Herrmann says, east Germany's transition to democracy after the fall of the Berlin wall has left civil society weaker in the country's east than in its west.

"I think Bautzen is a very interesting place," Herrmann says via phone from Dresden. "There you actually do have an active civil society where some people are very open minded and help refugees."

While the group of anti-fascists plans the next demonstration, many of Bautzen's other residents are desperate for the town to crawl out of the spotlight and escape the bad press. Most people here are not interested in politics, says Tim, who works in local government (but does not wish to say in what role). "But it's not as bad as people read in the newspaper. Not everyone has problems here. I have no problems even though I volunteer with refugees."

Under orange umbrellas in the colorful Hauptmarkt square, just as the wind picks up, Tim says he has something important to say: "There's no war here. it's just a normal town."

This story originally appeared as "On the Front Lines of Antifascism with Teens in Eastern Germany" on Pacific Standard , an editorial partner site.