The authors challenge the popular view of Leave voters as those left behind educationally and financially. They explain why it is individuals from an intermediate class, whose financial position has been declining, that represent an important section of the Brexit vote. 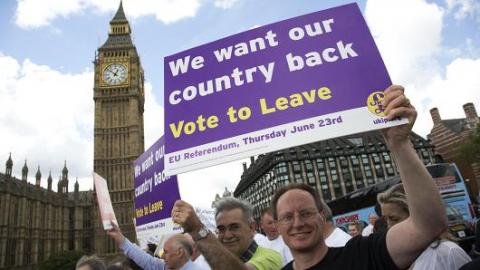