Oh, Britain: The Chasm Between Myth and Reality Keeps On Growing

You can’t play with the fire of nationalist politics without getting burned. You may think you can manage the Maga mob or the Brexit brigade, but you’re fooling yourself. They are coming for you too, Kevin McCarthy and Rishi Sunak. 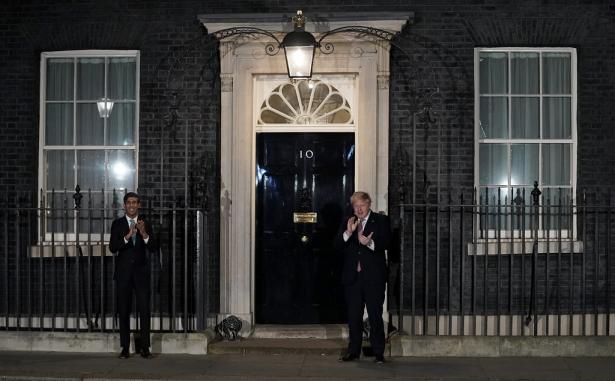 The last few months of Westminster drama are both so plainly watchable and so painfully bamboozling.

It’s like being forced to sit through a game of cricket or baseball. The beer and the snacks are fine, but the game only makes sense to the insiders who have been thrilled by the secret strategies since childhood.

So it’s tempting to see the fall of the hapless Liz Truss and the rise of the guileless Rishi Sunak as a contrasting tale of character and plot.

One was plainly incompetent and spontaneously combusted in an inferno of their own lies and trickledown economics. So is the other.

But British politics are not quite so simple – not since the country ripped off its reputation for common sense and streaked on to the global stage claiming it was too sexy for its own continent.

There has long been a yawning chasm between what British people admire in the mirror and what the rest of the world observes.

But over the last six years, that gap between myth and reality has become unbridgeable.

Brexit Britain has consumed five leaders since then, the same as Chelsea football club. Only one of those has publicly admitted to Russian ownership.

Sunak, for all his earnest schoolboy affect, is heading for the same fate as all four of his predecessors, because you can only fool all of the people some of the time.

Of course, some of the people can be fooled all of the time. We call those people Conservative party members who are – like their American Republican counterparts – no longer conservative at all.

On both sides of the Atlantic, the monster raving loony right has glugged down a radical cocktail of conspiracy theories, free-market fever dreams, and a corrosive taste for cultural victimhood.

Six years into Brexit, it’s obvious that the world is not in fact hankering after glorious new trade deals that will make Britain ludicrous amounts of loot. It’s also obvious that erecting trade barriers to the largest economy on your doorstep did not in fact punish the foreigners on the other side.

As the former governor of the Bank of England points out, before Brexit the British economy was 90% the size of Germany’s. Today it is less than 70%. Well done, chaps.

So all he can do is to cut public spending at a time when interest rates are rising sharply. The next two years, before the next general election, will be miserable for everyone.

To be fair, other countries will also need to hack back after years of cheap money as the world’s central banks crack down on inflation.

But Britain has indulged in something worse, and there are clear lessons for other countries that are tempted to go down the same mirage-filled road.

Today’s rightwingnuts idolize the notion of a long-lost greatness that somehow proves their own exceptionalism.

In Britain’s case, that is clearly rooted in memories of empire that have never been revisited with any seriousness. British children can pass through an entire schooling without an honest discussion about the white supremacist enterprise that built their own country.

In a country that likes to look down on racial politics in the United States, there is little to feel smug about. Around one third of Brits think the empire is something to be proud of. That’s not much different from the number of Americans who think the US government has no responsibility to address the historic effects of slavery today.

If we can’t be honest about our past, it’s easy to lie about our future.

Today’s so-called conservatives are united in their desire to demonize outsiders, especially immigrants and those they consider immoral, who are allegedly threatening the national culture. Nothing identifies and separates left and right today like attitudes to immigration.

So we are forced to endure the shameless sight of the sons and daughters of immigrants – like Ted Cruz of Texas or Suella Braverman, the British home secretary – indulge in endless immigrant-baiting.

And yes, Rishi Sunak is a hardcore Brexiteer who is determined to deport asylum seekers to Rwanda and has pandered to the anti-trans mob who claim they are threatened by pronouns.

You can’t play with the fire of nationalist politics without getting burned. You may think you can manage the Maga mob of Donald Trump or the Brexit brigade of Nigel Farage, but you’re fooling yourself. They are coming for you too, Kevin McCarthy and Rishi Sunak.

But they all know that he would have struggled to win a majority among his overwhelmingly white party members, if they had been given the chance to vote. Even with his hardcore rightwingnut positions.

Makes you wonder if there’s something like a double standard when it comes to people of color.

For now, Britain’s new prime minister will be consumed with a disastrously divided party, the disastrous decision about Europe, and a disastrous spike in energy prices. With all the political skills of a plank of wood, Sunak’s time in office will be charmless but not harmless.

Sunak might cling on to the next election, just like John Major in the early 1990s – another untraditional Conservative leader, whose brick-like qualities were no match for his spite-filled party.

But he cannot cling on to the reputation of a country after six years of Brexit-induced mayhem.

Today the Brits are worried they look like Italians, with new prime ministers every few months or weeks.

In fact they should be worried they look like Austrians, sitting in a jewel-encrusted museum piece at the heart of a once-great empire, arguing among themselves about nationalists and immigrants.

Richard Wolffe is a columnist for the Guardian US. He is the author of Renegade: The Making of a President.