Honduras now, Brazil soon... the Pink Tide is back! And the worldwide campaign to end violence against women 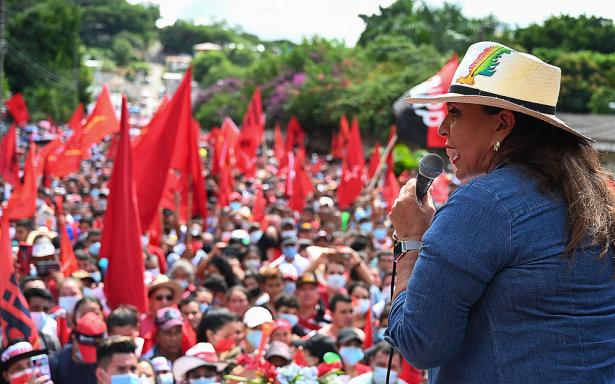 Women have been fighting back against an increase in domestic violence and femicide during the COVID-19 pandemic, restrictions on sexual and reproductive health and rights, and the withdrawal of key protection mechanisms; and called for the right to work and education.

A group of Arab politicians, intellectuals and writers affirmed that the PKK is one of the real global revolutionary movements. They stressed the need to remove the PKK from terrorist lists, and that Arab intellectuals should unite to make this happen.

“Power comes only from the organized workers,” Oh Sang-taek of Together Labor says. “So our tasks are twofold: increasing the organizational coherence of the KCTU [South Korea’s largest union federation], and using that trade union power to strengthen the political party of the working class.”

What does the future hold for the ANC after the hiding it got at the polls? SWAPO’s experience in Namibia gives some answers. And, a party of the proper Left is what the ANC should fear.

Over 40 years, ETA’s military-terrorist tactics transformed it from being perceived — in Euskadi, Spain and internationally — as a resistance movement conducting a popular anti-dictatorship struggle into an armed extortionist gang with a shrinking social base.

The working class was not the deus ex machina behind Brexit. Only insofar as its experiences were mediated through race and nation did a section of the working class gravitate toward it.