Overwhelming analysis shows the tax plan does very little to help middle income families. The non-partisan Tax Policy Center found that after the tax plan has taken full effect in 2027, 80 percent of the benefits would go to the top 1 percent. 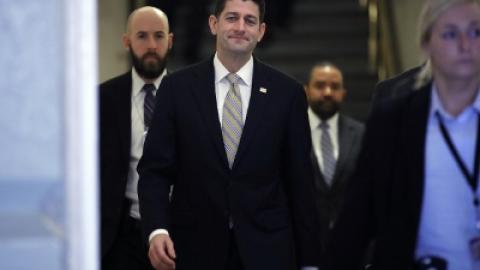 The House of Representatives voted to pass the Tax Cuts and Jobs Act by a 227 to 205 margin early Thursday afternoon. Not a single Democrat voted in favor of the bill, while 13 Republicans voted no.

This marks the first time in over three decades Congress has voted to overhaul the tax code.

Key parts of the GOP House tax plan include: reducing the number of tax brackets from seven to three; reducing the corporate tax rate from 35 percent to 20 percent; creating a special 25 rate on small businesses (which creates a massive tax loophole for the wealthy); doubling the standard deduction while also eliminating many popular personal exemptions; and repealing the estate tax, a tax levied on individuals with assets worth over $5.5 million dollars (repealing this would overwhelmingly benefit Trump and his hyper-wealthy cabinet.)

In the weeks leading up to the vote, both the administration and House Republicans have repeatedly pitched the tax plan as a “middle class tax cut.” However, multiple studies have proven this to be false.

The non-partisan Tax Policy Center found that after the tax plan has taken full effect in 2027, 80 percent of the benefits would go to the top 1 percent. When it comes to tax cuts, the top 1 percent will get an average cut of $1,022,120, while the middle 20 percent will get an average cut of $420, eviscerating any notion that the middle class benefits at all from the tax plan. 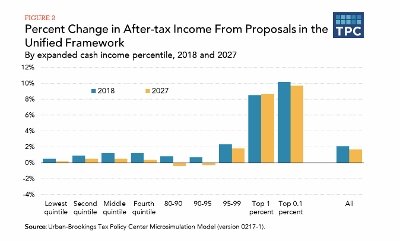 But the road to tax reform may not be as easy in the Senate. The Senate tax plan repeals the individual mandate, which requires Americans to be covered by health insurance, in order to save money so that Republicans can afford to pay for the massive tax cut for corporations. As a result, nearly 13 million Americans would become uninsured so corporations, who are already flush with cash, can get a tax break.