labor Weinsteins in the Workplace: Will Unions Be Part of the Solution Or the Problem?

It takes continuous organizational effort—in the form of training and recruitment, new leadership development, and structural change–to insure that the bullying, harassing, divide-and-conquer behavior of bosses, big and small, doesn’t infect and weaken the “house of labor” too. 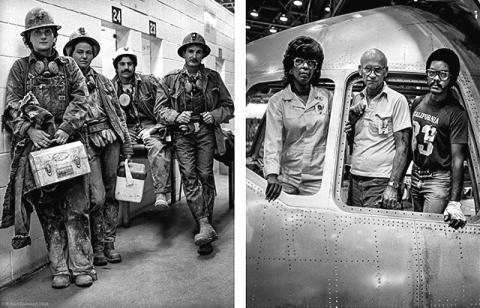 The exploding national debate about workplace harassment of women by powerful bosses or male co-workers is a great opening for unions to demonstrate their importance as one form of protection against such abuse.

Unfortunately, when unions are not pro-active on this front in their dealings with management or, worse yet, allow bullying or sexual harassment among staff or members, their credibility and appeal as a sword and shield for women (or anybody else) is greatly reduced.

Unions don’t exist in a vacuum. They reflect the workplace or occupational cultures of their members, and the latter are a product of social conditioning often unsupportive of solidarity on the job, collective activity, or sensitivity toward women and minorities.

So the task of forging a united front, for purposes of mutual aid and protection in the workplace, is easily hindered by union dysfunction and internal divisions based on race, gender, ethnicity, age, and other membership differences.

It takes continuous organizational effort—in the form of training and recruitment, new leadership development, and structural change–to insure that the bullying, harassing, divide-and-conquer behavior of bosses, big and small, doesn’t infect and weaken the “house of labor” too.

One of my local union assignments, in a 27-year career representing the Communications Worker of America, illustrates some of the complexities, and ironies, of this challenge at the micro level.

The CWA unit in question had several hundred members, all factory workers in a depressed mill town in central Massachusetts. The union “brothers” greatly outnumbered the “sisters” in this blue-collar workplace. What President Trump calls “locker room talk” was fairly widespread; the culture was rough, definitely not PC, and, in fact, included some vocal Republicans more in love with their guns than the liberal causes or candidates championed by their national union.

When I inherited this local in the early 1990s, I was struck by how many people in the shop seemed to have been bickering with or picking on each other since grade school. The rank-and-file was dispirited, divided, and prone to self-blame, for lagging wages and pension coverage. The union leadership was seen as a do-nothing little club, with no women in it, either as elected officers or appointed stewards.

Members resented their local president for spending dues money on trips to CWA meetings and conferences that benefitted no one else. If workers had a problem or complaint, grievances might be filed on their behalf. But there wouldn’t be any follow-up pressure on management to secure favorable settlements. Everything took place behind closed doors.

The local union president, whose nickname since high school was “Pinky,” sang in the choir of a local church. He was a closeted gay male; a Navy veteran who acted superior to his blue-collar workmates, and often displayed a hostile attitude toward female co-workers. He believed in issuing orders, tightly controlling information, and liked to end poorly attended membership meetings as quickly as possible, due to “lack of a quorum.”

Since we had begun wage negotiations with the company, I pressured President Pinky to call a meeting, with or without a quorum, to highlight our lack of progress. I entertained the hope that this rare bargaining update might spark some rank-and-file activity he would be unable to quell.

The company’s HR director at the time was a non-gentile from out-of town named Sheldon. And Pinky, despite his own aspirations for a salaried position (which he later got) did not like this particular management negotiator. So Pinky began his bargaining report with the news that Sheldon was “trying to Jew us down” at the bargaining table. The head nodding and muttering throughout the gloomy VFW hall suggested that Pinky, for all his leadership flaws, did know his local audience.

I was a newly assigned union rep not yet known or trusted by anyone in the room, but felt compelled to call Pinky out on this. My interruption began with a reminder that everyone present worked for a big corporation. Local management’s lack of enthusiasm for paying them better had nothing to do with Sheldon’s ethnicity or religion, I explained. Furthermore, as someone married to a Jew, I was not a fan of the phrase Pinky had used because it was part of evil stereotyping that helped murder millions of people during World War II, a slaughter of innocents not ended until VFW members and others helped defeat the Nazis responsible.

Since there were no Jews (or African-Americans) present, I asked how many other people had ever been offended at some point in their life by the slurring of Italians as “Wops,” Puerto Ricans as “Spics,” Irish-Americans as “Micks,” French-Canadian New Englanders as “Frogs,” women as “sluts,” or gay people as “fags”—all in the context of attributing some unflattering characteristic or behavior to everyone in the group so labeled.

A few hands went up. I then noted that talking about other people like this—even if they were in management—did not help us address the problem of how to build the internal unity necessary to win a good contract. Nobody would be getting a decent raise unless everyone in the shop pulled together, stood up, and fought back.

Pinky did not welcome this personal reproach, my related call for collective action, or reality check on where negotiations were headed without it. True to form, the meeting was gaveled to a close quickly. Members left with the assurance that their local officers would handle everything.

Not long afterwards, I got my first opening to help plant the seeds of a better approach, which took another decade to flower. An hourly worker I’ll call Sally—a single-mother, mistreated by men in her past—was threatened with disciplinary action by the company because of her alleged “sexual harassment” of a supervisor! In her version of their interaction, confirmed by co-workers, the married manager who complained about her was actually the initiator of unwanted personal contact.

With the local leadership’s grudging assent, we not only filed a grievance, but also circulated a petition throughout the shop to support Sally. A special meeting was called to discuss her case, an unprecedented approach to “grievance handling” in the local.

Women never active in the union but sympathetic to Sally got the petition signed in every department and shift. Nearly half the membership showed up on a Sunday morning to show solidarity with the grievant. At her first union meeting ever, Sally got a big round of supportive applause, from men and women alike.

Management grumbled, of course, about the creation of such an unexpected and unwelcome ruckus. Despite the murky details of Sally’s actual relationship with the supervisor, disciplinary action against her was dropped. One of the female leaders of the petition drive volunteered to become a union steward and, a few years later, in the post-Pinky era, Peggy was elected vice-president of the local.

She and others became part of a new, younger, more militant leadership of the local, which restored rank-and-file confidence in CWA. This union revival occurred just in time because, by 2001, the company was owned by the Pritzker family, billionaires from Chicago, who were seeking health care give-backs. (Fortunately, Pinky wasn’t still around to link that all-too-common management objective to the ethnicity of the new owners.)

By now, a once sullen, isolated, and dispirited union body was filing group grievances, calling in OSHA inspectors, conducting informational picketing, making allies in the community, and defending good medical benefits in the local media. During contract talks, any member could attend, as an observer, and written reports were distributed, plant-wide, after every bargaining session.

To resist concessions, the local responded with its first strike in 37 years. During that month-long work stoppage, no one crossed the picket-line and women played prominent roles on the strike and bargaining committees.

The lessons of this story are several, and hopefully relevant to unions facing virtual extinction today, due to mounting legal and political attacks. A big part of labor’s comeback strategy must involve bottom-up rebuilding of local unions. Greater militancy, internal democracy, and transparency are key elements of that strategy, plus new, more diverse leadership. Challenging retrograde attitudes about women, blacks, Jews, Muslims, Latinos, or any foreign-born workers is an essential part of that task. Replacing labor officials who are obstacles to inclusion is a necessary, if not always sufficient, step toward real union reform.

Among the many job-related concerns that can help build unity–among union members and workers seeking collective bargaining rights –is bosses who bully and harass people. However, unions can best stop such behavior and hold repeat offenders accountable if they have their own act together and avoid complicity with similar misconduct.

In the Toronto Globe And Mail last month, one outspoken Harvey Weinstein victim—Canadian actress Mia Kirshner—accused both of her unions, the Screen Actors Guild (SAG) and the Alliance of Canadian Cinema, Television, and Radio Artists (ACTRA) of offering “inadequate protection” against “sexual harassment and abuse in the film industry.”

Kirshner’s blistering critique was seconded in Jacobin by Morgan Spector, a New York-based television, film, and theater actor. He also faulted SAG, which has a female president, for not being aggressive enough on behalf of aggrieved members– despite an official union policy of “zero tolerance” for sexual harassment.

Worse yet, in Bloomberg News, a former hotel union staffer-turned-journalist, Josh Eidelson, just blew the whistle on misconduct by a top Service Employees International Union (SEIU) leader, in charge of its “Fight for 15” campaign among fast food workers. The career of Scott Courtney, Executive Vice President of SEIU, had previously been promoted by Mary Kay Henry, the gay woman who is the union’s national president. But, in mid-October Henry suspended him from his $250,000 a year position because, as Eidelson reported, “people working for Courtney had been rewarded or reassigned based on romantic relationships with him.”

Courtney has since resigned, before he could be fired, as demanded by UltraViolet, a women’s group which called his conduct “wholly unacceptable.” And, as Buzzfeed News has reported, two male SEIU staffers who reported to Courtney have also been fired or put on administrative leave in Chicago, based on allegations that he protected them, despite co-worker complaints about their bullying behavior involving women.

Press coverage of this union scandal is tainting SEIU’s reputation and credibility as a defender of fast food workers, who are often subjected to similar harassment by low-level managers in their industry. It’s a propaganda gift to anti-union employers everywhere, from McDonalds to your local manufacturer. Already, neo-liberal media outlets like The New York Times are writing unions off as a contributor to any “real and lasting transformation” of American workplaces, “in the wake of Harvey Weinstein’s expulsion from Hollywood” and the outing or toppling of other high-profile predators.

In a lengthy October 29 editorial about next steps toward “lasting change,” The Times called for safer work environments, more enlightened and transparent management, and stronger anti-discrimination protection. While marveling at “what a difference it can make when women join together—and men join with them—to confront harassers openly,” the editors failed to note that collective action, of this sort, is best organized and sustained by a well-functioning union.

When labor organizations like SAG or SEIU don’t quickly confront Weinsteins in the workplace, particularly in the situations referenced above, they’re just confirming management claims that unions are weak, irrelevant, and hypocritical as well.

[Steve Early is a member of the Richmond Progressive Alliance and a supporter of Tom Butt for mayor of Richmond. He is the author of Save Our Unions: Dispatches From A Movement in Distress and other books. He can be reached at Lsuport@aol.com. For more on his writing about labor and politics, see: www.steveearly.org]