A note from the Media Bits and Bytes crew: The FCC will end net neutrality unless millions act to save it. We urge you to join and promote protests at Verizon stores on December 7, and share the video below far and wide. 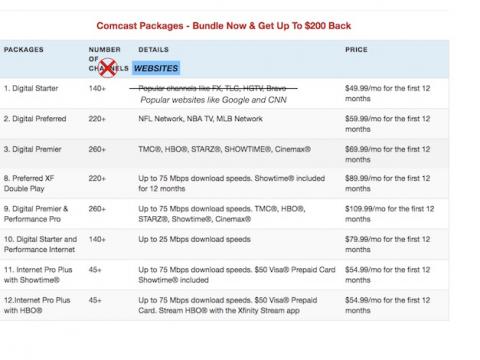 Your Internet service provider (ISP) will be allowed to bundle websites just like they bundle television channels. (Forbes),

Organizations are now planning a series of events to put pressure on Congress and Ajit Pai, chairman of the commission.

WATCH: This Video Breaks Down Why Net Neutrality Matters

The Electronic Frontier Foundation and nearly 200 experts explain basically from first principles how the internet works and why it should be defined as telecommunications. The FCC dismisses these scholars and founding technologists of the internet in a footnote.

To Save Net Neutrality, We Must Build Our Own Internet

How Internet Co-ops Can Protect Us From Net Neutrality Rollbacks