Here's how we could raise more money from those who have the most and invest it social insurance, public investments, and safety nets that would make the vast majority of Americans richer. 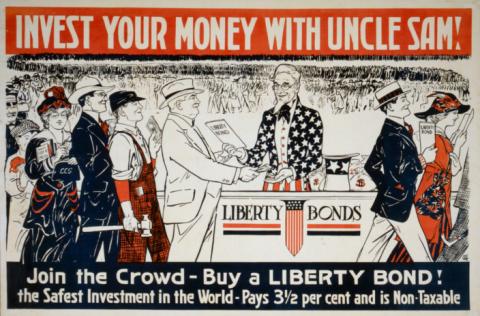 Editor’s Note: In the wake of the Republicans’ passage of their tax plan in both houses of Congress, we decided to ask a number of progressive policy experts and thinkers a simple question: When the day comes that the Democrats have control of the White House and Congress, what kind of major tax reform should they pass and why?

We started this project in early December and will post a series of such pieces in the coming weeks. Click here to read the rest of the essays from our series on “The Tax Reform of Our Dreams.” Today, Thea Lee, the incoming president of the Economic Policy Institute, and Hunter Blair, EPI’s budget analyst, weigh in.

Progressive tax reform needs to raise enough revenue to honor our current commitments to Medicare, Medicaid, Social Security, and other social insurance programs, as well as to finance expanded public investments and income supports that ensure opportunityfor all. Rising inequality and the threat of “secular stagnation” make a solid foundation for the case that this revenue should be raised progressively, as taxing wealthy households with large savings does not drag heavily on growth of aggregate demand. Net tax cuts for high-income households and corporations won’t help our demand problem.

A number of specific progressive measures are available that can raise revenue, many of them included in recent years’ editions of the budget proposalsforwarded by the Congressional Progressive Caucus (CPC), with some technical assistance from the Economic Policy Institute. They can largely be grouped into four (often overlapping) buckets: broadening the tax base, enacting more and higher top marginal rates, taxing capital and wealth, and taxing economic “bads.”

Broadening the tax base is the necessary first step to raising revenue progressively. An eroded tax base is one in which rich households use deductions and loopholes to shrink their tax bill in a way not generally accessible to ordinary people. The most comprehensive base-broadening measure concerns “tax expenditures”—the deductions and exclusions for things like mortgage interest or 401k contributions. The cleanest path here is capping the value of all of these deductions and exclusions, making no change to the value of these for the vast majority of taxpayers, but collecting money from the top strata of taxpayers.

The conventional formula for tax reform has been “broaden the base, lower the rates.” To meet our nation’s fiscal challenges, we need progressive revenue sources. This should, therefore, be changed to “broaden the base to raise the rates.” Further, we should introduce not just higher rates, but more rates. For a married household, the current top marginal tax rate kicks in on taxable income above $470,700. But households making $500,000, and those making $5 million, should each face different tax rates. Reasonably, the CPC calls for multiple rates higher than today’s top rate as one moves up the income scale, and sets the new top rate on ordinary income at 49 percent on taxable income over $1 billion.

Rates on capital incomes should also be raised to close the gap between income from work and income from ownership. Taxing capital income and accrued wealth is crucial for fostering equity. Today’s preferential rate on capital gains and dividends is the most egregiously regressive tax expenditure we have, with the top 1 percent getting 68 percent of the benefits. Such preferences should be radically reduced, and rates on labor and capital incomes pushed much closer together.

A key tool for taxing capital income is evidently the corporate income tax. Corporate reform should raise more, not less, from the corporate sector while removing the incentives for, and ability of, corporations to shift profits and jobs offshore to game tax differentials. Sixty-one percent of offshore corporate profits held by American corporations are in 10 notorious tax havens, and in 2008 nearly 95 percent of American-held accounts in Swiss banks were undeclared to the IRS. International coordination to punish abusive tax havens will likely be necessary for true reform that allows countries to tax any form of wealth, including accumulated corporate profits.

Finally, taxes on economic “bads” might be the most important tool of all. Finance has ballooned as a share of the total economy, contributing strongly to rising inequality and sparking major economic crises. A financial transactions tax (FTT) would clamp down on unproductive trading, thereby stopping this redistribution to the financial sector. And an FTT is extraordinarily progressive, because it decreases asset values and the top 1 percent hold almost two-thirdsof all financial securities.

A robust carbon tax would help combat climate change by reducing greenhouse gas emissions. However, carbon taxes on their own are regressive, and the transition to a cleaner economy will take major public investment. This means that all revenues from a carbon tax should be either rebated to low- and moderate-income households to hold them harmless or used to make green investments.

Finally, taxes are a necessary but insufficient tool to achieve a fair and efficient economy. We also need to boost the economic leverage and bargaining powerof typical workers to keep the pre-tax and transfer distribution of income from becoming ever more unequal. But social insurance, public investments, and safety nets make the vast majority of Americans richer and more secure, and they need revenue to remain strong. It seems both smart and fair to raise this revenue progressively to push back against the huge rise in inequality we’ve seen over the past generation of American life.