Windows, Meltdown and Spectre: Keep Calm and Carry on

There’s no need to panic over the lavishly publicized Meltdown and Spectre security holes. Behind the bellicose roars of certain doom, a handful of important facts stand out. 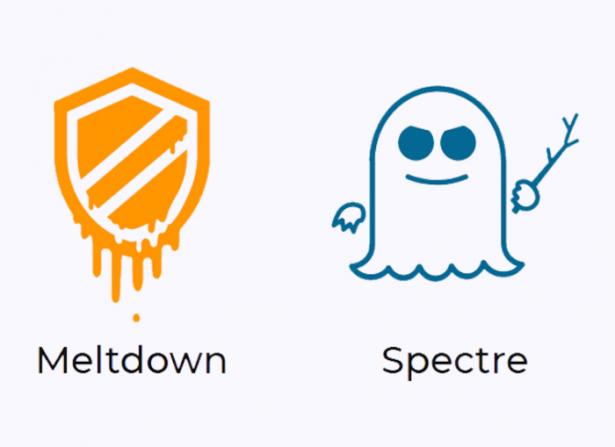 I’m increasingly skeptical of security holes that have their own logos and PR campaigns. Yesterday’s sudden snowballing of disclosures about two groups of vulnerabilities, now known as Meltdown and Spectre, has led to enormous numbers of reports of varying quality, and widespread panic in the streets. In the case of Intel's stock price, that's more like blood in the streets.

While it’s true that both vulnerabilities affect nearly every computer made in the past two decades, it’s also true that the threat — especially for plain-vanilla Windows users — isn’t imminent. You should be aware of the situation, but avoid the stampede. The sky isn’t falling.

How the Meltdown and Spectre flaws were discovered

Here’s how it all unwound. Back in June 2017, a security researcher named Jann Horn, working for Google’s Project Zero team, discovered a way for a sneaky program to steal information from parts of a computer that are supposed to be off limits. Horn and Project Zero notified the major vendors — Google, of course, as well as Intel, Microsoft, Apple, AMD, Mozilla, the Linux folks, Amazon and many more — and a quiet effort began to plug the security holes without alerting “the bad guys.”

Although the Linux community leaked details, with the KAISER series of patches posted in October, few realized the enormity of the problem. By and large, people in the know agreed to keep it all quiet until Jan. 9 — this month’s Patch Tuesday.

On Monday, Jan. 1, the beans started spilling. An anonymous poster calling him/herself Python Sweetness put it out in the open:

There is presently an embargoed security bug impacting apparently all contemporary CPU architectures that implement virtual memory, requiring hardware changes to fully resolve. Urgent development of a software mitigation is being done in the open and recently landed in the Linux kernel, and a similar mitigation began appearing in NT kernels in November. In the worst case the software fix causes huge slowdowns in typical workloads.

John Leyden and Chris Williams at The Register turned the leak into a gush on Tuesday, with details about the effort to plug the Meltdown security hole:

A fundamental design flaw in Intel's processor chips has forced a significant redesign of the Linux and Windows kernels to defang the chip-level security bug.

Programmers are scrambling to overhaul the open-source Linux kernel's virtual memory system. Meanwhile, Microsoft is expected to publicly introduce the necessary changes to its Windows operating system in an upcoming Patch Tuesday: These changes were seeded to beta testers running fast-ring Windows Insider builds in November and December.

By Wednesday, the Patch Tuesday gag was thrown to the wind, with a definitive statement by Google’s Project Zero, festooned with official logos (“free to use, rights waived, via CCO”) and metric tons of ink followed. There are thousands of explainer articles circulating at the moment.

If you need an overview, look at Catalin Cimpanu’s essay in BleepingComputer or The New York Times piece from Cade Metz and Nicole Perlroth. The Times says:

The Meltdown flaw is specific to Intel, but Spectre is a flaw in design that has been used by many processor manufacturers for decades. It affects virtually all microprocessors on the market, including chips made by AMD that share Intel’s design and the many chips based on designs from ARM in Britain.

Those of you hating on Intel should note that there’s plenty of blame to go around. That said, I still cast a jaundiced eye at CEO Brian Krzanich selling $24 million in INTC stock on Nov. 29.

Yesterday evening, Microsoft released Windows patches — Security-only Updates, Cumulative Updates, and Delta Updates — for a wide array of Window versions, from Win7 onward. See the Update Catalog for details. (Thx, @Crysta). Note that the patches are listed with a “Last Updated” date of Jan. 4, not Jan. 3, the nominal release date. The Win7 and 8.1 patches are Security Only (the kind you have to install manually). I’ve been assured that the Win7 and 8.1 Monthly Rollups will come out next week on Patch Tuesday.

The Win10 patch for Fall Creators Update, version 1709, contains other security fixes besides those related to Meltdown. The other Win10 patches appear to be Meltdown-only. Those of you running the beta version of Win10 1803, in the Insider Program, have already received the patches.

BUT… you won’t get any patches installed unless and until your antivirus software sets a specific registry key. (It now appears as if the value of the key doesn’t matter; just the presence of the registry entry turns on Meltdown protection. Thx, @abbodi86, @MrBrian.) If you’re running third-party antivirus, it has to be updated before the Meltdown patch installer will run. It looks as if there are known problems with bluescreens for some antivirus products.

There are also cumulative updates for Internet Explorer 11 in various versions of Win7 and 8.1 listed in the Update Catalog. The fixes for Win10, and for Edge, are inside the respective Win10 cumulative updates. Microsoft has also released fixes for SQL Server 2016 and 2017.

Note that the Windows Server patches are not enabled by default. Those of you who want to turn on Meltdown protection have to change the registry. (Thx @GossiTheDog)

Windows XP and Server 2003 don’t yet have patches. No word on whether Microsoft will release those sooner or later.

Kevin Beaumont, @GossiTheDog, is maintaining a list of antivirus productsand their Meltdown-related problems. On Google Docs, of course.

With all the news swirling, you might feel inclined to get patched up right now. I say wait. There’s a handful of facts that stand in the way of a good scare story:

In addition, we have no idea how these rushed-to-market patches are going to clobber the billion or so extant Windows machines. I’m already seeing a report of conflicts with Sandboxie on AskWoody, and Yammer going offline isn’t reassuring.

It’s possible Microsoft’s kernel team has pulled off another change-the-blades-while-the-blender-is-running feat. But it’s also possible that we’ll hear loud screams of pain from many corners today or tomorrow. The anticipated performance penalty may or may not pan out.

Just about every hardware or software manufacturer you can name has its own warnings/explanations posted. I found AMD's response (basically, Meltdown poses "near zero risk" on AMD chips) particularly enlightening. Reddit has a megathread devoted specifically to the topic.

Woody Leonhard is a columnist at Computerworld and author of dozens of Windows books, including "Windows 10 All-in-One for Dummies." Get the latest on and vent your spleen about Windows at AskWoody.com.

[Portside moderator: Speculation about the performance cost of the patches to Meltdown and Spectre have been addressed on Google's Online Security Blog here.  Google reports (January 4, 2018):

In response to the vulnerabilities that were discovered we developed a novel mitigation called “Retpoline” -- a binary modification technique that protects against “branch target injection” attacks. We shared Retpoline with our industry partners and have deployed it on Google’s systems, where we have observed negligible impact on performance . . .]