labor Union-busters Set Themselves Up for Janus Backfire 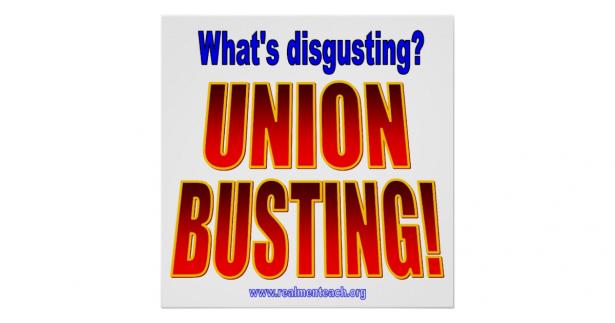 In the coming months, the United States Supreme Court is set to hear oral arguments and rule upon a case that could mean nationwide “right-to-work” for all public sector workers. Union busters are beating their chests over the prospects of Janus v. AFSCME Council 31 changing federal labor law, but based on their own arguments, we believe that they have left themselves open to some unintended consequences.

Janus is the latest in the National Right to Work Foundation’s quest to destroy unions in America. Simply put, their argument is that mandatory fair share fees violate the First Amendment. They argue that collective bargaining in the public sector is inherently political speech protected by the First Amendment and as such, a governmental agency cannot negotiate fair share provisions that force non-members to pay their share of representation costs. The brief filed on behalf of the plaintiff states that both speech and right of association is at play when public employees negotiate with their employer.

The smart money says the plaintiff (given the stolen SCOTUS seat now occupied by Trump appointee Neil Gorsuch) will prevail and there will be national “right-to-work” for all public employees.

To begin, it is the position of IUOE, Local 150 that if the Janus Court overrules decades of precedent on First Amendment grounds, that same rationale should be applied to taxpayer funded municipal lobbying. For example, countless Illinois municipalities are dues-paying members of the Illinois Municipal League (“IML”), which blatantly engages in widespread lobbying. Janus, through the Liberty Justice Center, essentially argues that “… [T]he government forcing individuals to support a mandatory lobbyist or political advocacy group” would violate the First Amendment of the United States Constitution. Thus, if Janus’ argument in fact carries the day, it follows that municipalities would not be able to freely, and without recourse, fund their lobbying efforts with taxpayer monies without violating that same constitutional principle.

Likewise, an adverse decision in Janus could also impact how investments are made by government pension funds. For example, participation in the Illinois Municipal Retirement Funds (“IMRF”) is mandatory for all IUOE, Local 150 public employees in Illinois. Our members are statutorily required to contribute 4.5% of their wages as a condition of their employment.  From the IMRF website: “Participation in IMRF is Required – If you are working in a position that qualifies for IMRF you must contribute — IMRF is not an optional program.” The IMRF, in turn, uses that money, coupled with taxpayer monies, to make investments in a diversified portfolio that includes domestic and international equities, fixed income, real estate, and alternative investments. The corporations invested in by the IMRF themselves lobby the government, including the state of Illinois. Therefore, if the Janus Court agrees with the petitioner (that union agency fees inflict the same grievous First Amendment injury as would the government forcing individuals to support a mandatory lobbyist or political advocacy group) it follows that the IMRF’s forced participation mandate for public employees, and subsequent use of monies invested by the IMRF with a particular company to fund lobbying, must violate an Illinois public employee’s First Amendment rights.

To that end, IUOE, Local 150 is beginning outreach to demand a return of all monies, taxpayer and IMRF pension funds, respectively, that have been used to fund lobbying efforts or any type of political advocacy. Ideally, we hope that union leaders and their members, join our efforts to remain on the offense and more fully explain to the public, state and local governments, and our friends – as well as our enemies – the potential consequences of such an unprecedented and foolish expansion of First Amendment jurisprudence.

United We Stand, Divided We Fall.