books John Edgar Wideman's "Writing to Save a Life"

Wideman's mixed-genre work examines the lives and legacies of the young Till, his father, Louis Till, and what they can tell us about racism and about families. 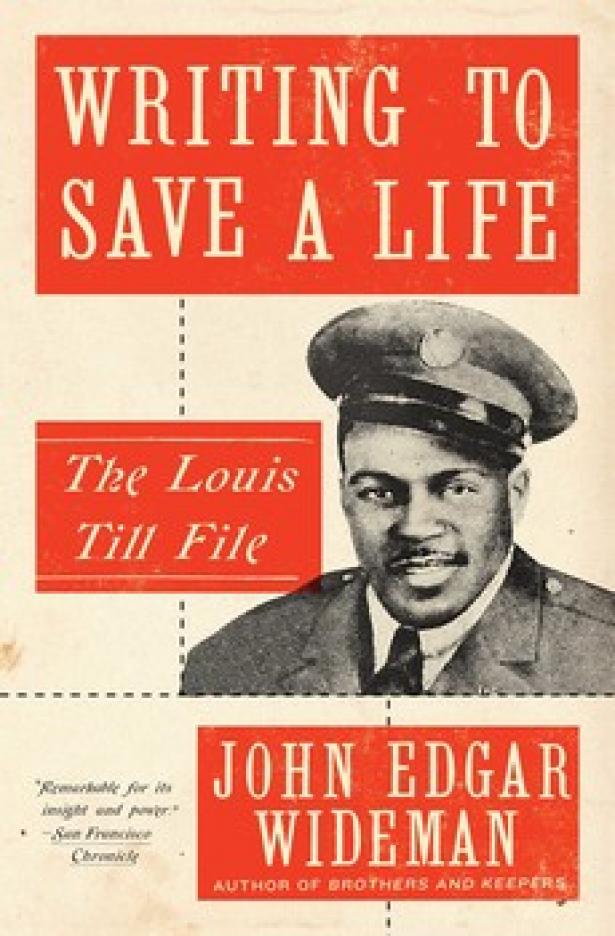 Writing to Save a Life: The Louis Till File

You are probably familiar with the basic facts of Emmett Till’s brief, tragic life. Born in Chicago in 1941, he was violently murdered in Money, Mississippi, August 28, 1955, allegedly for whistling at a white woman. At the trial, his two accusers were exonerated. When his body was shipped back to Chicago for a funeral, his mother, Mamie, insisted on an open casket so that all the world could see how brutally mutilated his body had been. That horrifying event did not result in Southern justice. The boy was black; the woman was white. That is all that mattered. After all of these years, Emmett Till’s death sticks in the caw of American racism. But even though we are still choking on it, it’s difficult to be hopeful about racism in America. Our country has been built on it and now we have a president elect who sees it as a growth industry.

John Edgar Wideman, the American writer, has been obsessed with Emmett Till’s death most of his life. Both were from Chicago. When Till was murdered, Wideman was the same age. What was he to expect when he first became aware of the murder and saw the photos of the fourteen-year-old in a casket? His book, however, (Writing to Save a Life: The Louis Till File), is not about Wideman’s double, but the boy’s father: Louis. Few people know (I certainly didn’t) that Louis, an American soldier, was hanged in 1945, in Italy “after a court-martial conducted by army officers found him [and another black soldier] guilty of…rapes and murder.” Louis was not quite 23. General Eisenhower wanted to tidy things up, “ordering expeditious completion of all capital court-martials in Europe.” The court-martials were disproportionately of black soldiers.

Wideman’s near obsession is with the father and son, his “yearning to make some sense out of the American darkness that disconnects colored fathers from sons, a darkness in which sons and fathers lose track of one another.” At one time, Wideman wanted to write a novel about their relationship, but he gave that idea up after, apparently, multiple attempts. Finally—and this is what Writing to Save a Life became—he settled on a book that is part essay, a good part fiction (imaginary scenes between Louis Till and Wideman, for example), and in large part his own memoir about what it means to be a black father, son, brother in the United States. This is a subject that he has written about many times before. The brilliant fusion of the several genres that inform this book are further illuminated in the following statement:

“Nothing closer to truth than truth—but the truth is—not even truth is close to truth. So we create fiction. As a writer searching for Louis Till, I choose to assume certain prerogatives—license might be a more accurate word. I assume the risk of allowing my fiction to enter other people’s true stories. And to be fair, I let other people’s stories trespass the truth of mine.”

What we do know about Louis Till is that he beat his wife during their short marriage. There was a restraining order against him, and when that did not work, the judge ordered him to enlist or go to jail. He enlisted. [Wideman’s father was in the Army at the same time.] If black men were second-class citizens in the United States, conditions were no better in the military. When Wideman was eventually able to get a copy of the government’s file on Louis because of the Freedom of Information Act, what he discovered was little surprise. He cannot assert with final authority that Louis was innocent, but discrepancies in the thick file demonstrate that Private Till was “sentenced to death on the basis of being the wrong color in the wrong place at the wrong time.” “Colored soldiers whom the army considered second-class citizens were suspects who possessed no rights investigators need respect.” Till’s crime was “a crime of being.” Not being white.

There are no real surprises here. The agony of Writing to Save a Life is the parallel story of John Edgar Wideman’s own life, beginning with Chicago and looking at the photos of Emmett Till dead. Wideman’s parents also had a difficult marriage. His own relationship with his father was complicated, equally conflicted. There’s a wrenching scene in the book when Wideman’s mother accuses him of being selfish, “Just like him,” that is, like his father, of not accepting responsibility for those around him. “When she addressed those words to me, my mother acknowledged the vulnerable place inside herself where my father reigned absolutely. Unopposed, unopposable, my view back then, because he didn’t care. To have her or loose her—neither mattered to him. He didn’t give a good goddamn push come to shove, about her or anyone else. Didn’t care.”

Wideman sees his mother as Mamie Till’s double and then he makes the most unsettling statement of his book: “A disturbingly simple fact: every time a him, a colored male person they love, man or boy, leaves and the door shuts behind him, door to a dwelling in which they are attempting to make something of their lives together, there’s a good chance that he, him, that colored male person, won’t return. Not when she expects anyway. Or needs him most. Maybe not ever. Once he leaves the space they are struggling to secure for their mutual benefit, for the benefit maybe of their children, once he’s beyond the door and out in a world which does not love him, there are no guarantees.” Either the world will kill him or he will do something that becomes the equivalent of suicide.

Wideman knows of what he speaks. Besides the conflicts between his parents, he has a brother who is in prison for life and a son also in prison for a twenty-five year term. These personal details are not the primary concern of Writing to Save a Life but their relationship to the precariousness of too many black lives, especially males. And to modulate his concern, when Wideman visits Louis Till’s grave in a cemetery for American soldiers in France, he discovers the discrimination against black soldiers that continued even with their burial. Louis Till “had more to fear from his own army than from Hitler’s legions. Nazi Germany did not invent war or race or genocide. Many wars waged before and after World War II. Wars being waged today whose purpose is to eliminate entire or so-called races of people. Us. My people. Done to us. Done to others. Done by us. Done to each other.”

Yes, there are places in Writing to Save a Life: The Louis Till File where Wideman’s mixed genre goes astray. But what I wish is that the book will gain as much attention and as many readers as Ta-Nehisi Coates’ Between the World and Me, that it will sit atop the New York Times bestseller list. It’s that important.