Unionism Must Be Internationalist Or It Is Bullshit

Back in September, the International Association of Machinists and United Steelworkers ended their labor-management partnership with Harley-Davidson over the company’s plan to build a plant in Thailand. The partnership agreement, two decades old and praised as a model by some, is the latest iteration of the ‘jointness’ trend first pioneered by UAW and General Motors in the 1980s. 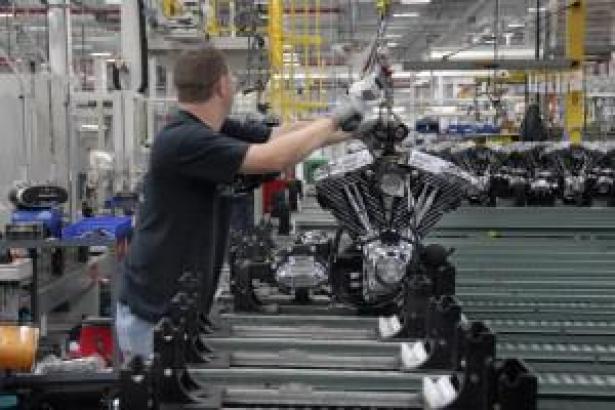 January 30, 2018, Harley-Davidson announced that it was closing its plant in Kansas City, Missouri.

It’s regrettably a common occurrence these days. During the Obama to Trump transition, much was made about a deal cut by Trump to save jobs at the Carrier plant in Indianapolis, Indiana. Sadly for the workers there, it was a pack of lies and called as much by Chuck Jones, president of USW Local 1999 and the union that the workers of the Carrier plant were members of, from the very start. None of these plant closings are novel. They’ve been happening since the 1970s as capital controls dropped along with trade barriers, allowing multinational corporations to move work to places where wages are low, workplace safety is nonexistent, and effective unions do not have the right to exist.

The Harley plant closure is especially a bitter pill to swallow, given that the company had been doing relatively well until recently. The reasons given for the plant closure (and the laying off of eight hundred workers) was a drop in net income caused largely by a 6.7% decline in sales last year. The ineffectual wad of centrist nonsense known as #TheResistance also seized on a statement blaming some of the earnings drop on changes caused by Trump’s tax cuts. It’s also a blow to scandal-wracked Governor of Missouri Eric Greitens. After his blackmailing of a woman he had an extramarital affair with came to light, a major plant closing is a wound his political career can ill-afford.

But there is another dimension to this that did not get reported in any of the coverage of this story that’s upending the lives of eight hundred workers. Back in September, the International Association of Machinists and United Steelworkers ended their labor-management partnership with Harley-Davidson over the company’s plan to build a plant in Thailand. The partnership agreement, two decades old and praised as a model by some, is the latest iteration of the ‘jointness’ trend first pioneered by UAW and General Motors in the 1980s. Focusing on collaboration and co-determination and informed by the European works council approach, these kinds of labor-management partnerships inevitably break down when the company wants to do something that will screw over its workers’ ability to organize, like it has here.

So while eight hundred workers will have their lives upended in Missouri, Harley-Davidson will plow ahead in standing up a brand new plant in Thailand. But why might they do that?

To put it mildly, Thailand has had a wild decade.

After a coup in 2006 that deposed billionaire cell phone magnate Thaksin Shinawatra as prime minister, the politics of Thailand have seen the military taking an increasingly active role. After the 2006 coup, attempts to return Thailand back to democratic government while keeping Shinawatra’s allies out of power failed miserably. Arguing that Thailand’s elite were undermining democracy, Shinawatra successfully organized a movement from exile to challenge the post-coup government. Formally named the United Front for Democracy Against Dictatorship, they are colloquially known as the Red Shirts. Staging dramatic protests such as donating their blood to dump onto government buildings, the Red Shirts successfully outmaneuvered their political opponents and won the 2011 general elections, making Shinawatra’s younger sister Yingluck Shinawatra Prime Minister.

All of this came to a head in 2014, when the military launched a second coup. It deposed Yingluck Sinawatra, banned the third iteration of her family’s political party, and ultimately took direct control over the Thai government. Since then, the military dictatorship is censoring Internet access, imposed a ban on political gatherings of more than four people, and has been aggressively prosecuting any dissent aimed at the dictatorship. Further, the military government is delaying elections, likely out of fear of Shinawatra-aligned politicians doing well in them. And while I haven’t been able to find anything specific about the military government banning workers’ organizations, the mere fact that political gatherings of more than four have been banned makes it highly likely that any effort by Harley-Davidson workers in Thailand to organize in their own interests collectively would face repression from the military government.

And yet, all of this political repression and violence has not much diminished the American government’s support for Thailand. While there were some cuts to direct military aid to Thailand after the 2014 coup, there are signs emerging that under Trump those cuts might be reversed as the US seeks to contain the growing influence of the People’s Republic of China. And all the while, the military government deepens its control over Thailand.

This political climate is why Harley-Davidson wants to move production from the US. It isn’t just the lower wages. It isn’t just the company executives looking to expand access to new markets. It’s the ability to absolutely control its workforce that Harley wants. It’s why you’ve seen foreign direct investment in Brazil steadily increase after Dilma Rousseff was deposed in a legislative and judicial coup while the replacement right wing government engaged in brutal repression and social and ethnic cleansing. It’s why you saw continued aggressive foreign investment in Chile after Salvador Allende was overthrown even as Pinochet was massacring the Chilean left.

The bosses have never cared about the workers unlucky enough to work for them, be they Thai, Brazilian, Chilean, or American. This is why we need to start looking out for each other.

America’s unions have an ugly history of ignoring that which happens beyond this country’s borders or active complicity in the imperial project undertaken by the United States government since the end of the Second World War.

This is a recipe for catastrophe. Just as the problems of the South never stay the problems of just the South for long, so too do the methods of growing and sustaining this country’s empire inevitably end up returning to these shores as methods of domestic social control. The LRAD (Long Range Acoustic Device), a technology first developed as a response to the attack on the USS Cole and field-tested in Iraq and Afghanistan, has been used to put down anti-police violence protests from Ferguson to Baltimore and beyond. Violent techniques and technology tested on Palestinians in the Occupied Territories by the Israeli Defense Forces are regularly shared with American police as methods of ‘crowd control’. These are just two examples, and there inevitably will be more to come.

The threats created by the imperial project of the United States must be opposed by any domestic working class movement worthy of the name. Even though there are significant parts of the labor movement that depend on that war machine, we must refuse to provide cover to it no matter what. That imperial project is being used by the bosses to create pools of labor even more pliant than America’s meager labor law allows and are immiserating decent people both here and abroad. Only by opposing the depredations of capital over there can we defend ourselves from the depredations of capital here.

To paraphrase Flavia Dzodan, our unionism must be internationalist or it is bullshit.

Bryan Conlon is a union organizer in North Carolina and a member of NC Piedmont DSA. He believes very strongly in the importance of building the labor movement in the South as a way to end the horrors from its history that still haunt this region. He can be found on Twitter at @Cato_of_Utica and at the nearest Biscuitville.