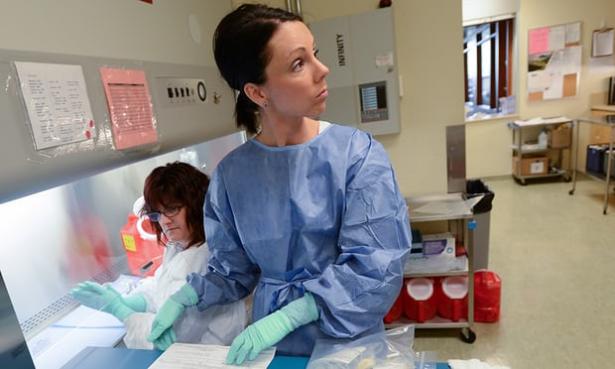 The Quebec government recently announced increases of 1.4% and around 1.8% for specialists and general practitioners respectively., Richard Lautens/Toronto Star via Getty Images

Nearly 800 doctors and medical residents in the Canadian province of Quebec have signed a letter protesting against plans to raise their pay, arguing that the funds would be better spent on other areas of the province’s beleaguered healthcare system.

“We, Quebec doctors, are asking that the salary increases granted to physicians be cancelled and that the resources of the system be better distributed for the good of healthcare workers,” reads the open letter.

The letter says recent pay raises negotiated by their professional associations as “shocking”, given the “draconian cuts” that have left nurses, orderlies and others overworked and underpaid, as well as led to a widespread lack of services for patients.

“The only thing that seems to be immune to the cuts is our salary,” notes the letter.

So far, it has attracted 789 signatures of support, from GPs, specialists, residents and medical students. It has attracted attention around the world.

“It’s a tough stand to take,” said Isabelle Leblanc, the president of the group behind the letter. “Some people find it difficult to understand why we would do something like this, but at this point for us, it’s what makes sense.”

The Quebec government recently announced increases of 1.4% and around 1.8% for specialists and general practitioners respectively, while recent data suggests that the average specialist in Quebec makes C$403,500 annually, while family physicians make C$255,000. These figures do not take into account the overhead costs incurred by physicians.

A 2016 report hinted at the tradeoffs that could be sustaining this level of pay, noting that Quebec has the longest emergency room wait times in the west.Overcrowded emergency rooms have left 35% of patients waiting five hours or more for care, as compared with 15% in Ontario and 5% in the US and Germany.

Leblanc said: “If you ask physicians in the street, most will tell you that they would rather have more support and have a good working environment and have other professionals to refer their patients to, rather than having more money.”

The letter marks the third time in recent years that her group has taken aim at pay raises. But this time the reaction has been overwhelming, said Leblanc.

“It’s the first time where we have a lot of physicians that are not that political, that are not that involved, that would not probably describe themselves as that progressive, who are saying ‘OK, enough is enough, this is not working.’”

A growing number of nurses in Quebec are speaking out about excessive workloads. Earlier this year, one nurse, exhausted and exasperated after a shift in which at one point she had been the only nurse caring for as many as 76 patients, wrote on Facebook: “I’m ashamed of the poor quality of care that I’m delivering as best I can. My healthcare system is sick and dying.”

Stress from the shift had left her with back pains that were making it impossible for her to sleep, she said. And she was dreading the thought of going back to work.

“I don’t think I’m the only one who feels crushed by the reality of nursing,” she wrote. Her post has since been shared more than 55,000 times.

The doctors have yet to receive an official response to their protest. Last month, the province’s health minister, Gaétan Barrette, said he would happily direct the physicians’ pay raises to other areas of the health care system.

“If they feel they’re overpaid, they can leave the money on the table. I guarantee that I can make good use of it,” he told reporters.

Help us deliver the independent journalism the world needs: support the Guardian.  Make a contribution.