books Comic Art in the Academy 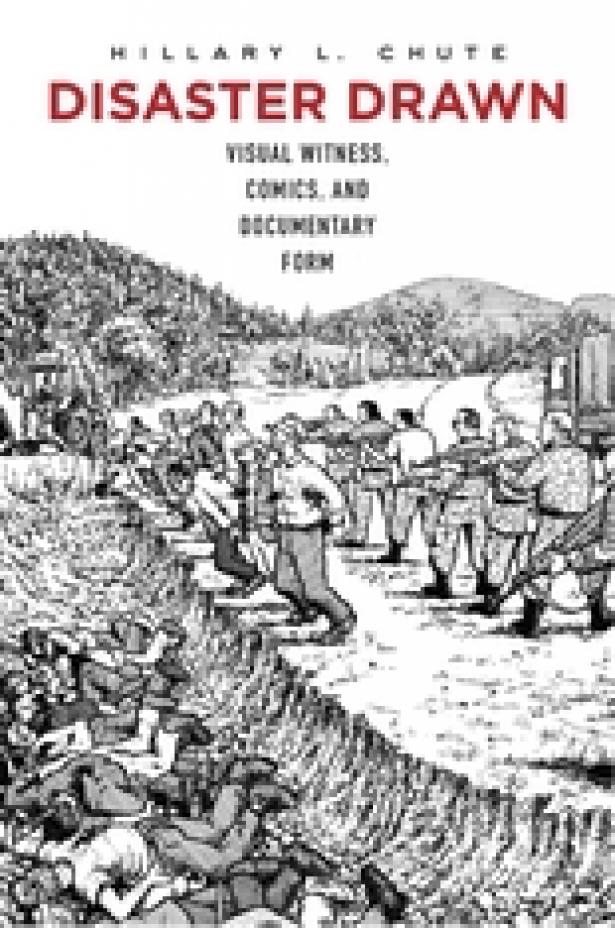 The closing of the era when comic art specialists, not people with PhDs, wrote the outstanding and recognized works on individual artists and genres may have arrived as recently as only a few years ago. Careful biographies of artistic giants, household names (in their own eras, at least) or famed only within the field, Al Capp or Will Elder, have continued to be written by people who could rightly be called “fans”—if the title did not seem insulting. Rather than university presses, Fantagraphics or the comics series at Abrams would be a typical outlet. With each year that passes and with each swelling enrollment in a college course, the scene shifts.

There is much strange in this development for observers middle-aged and older who remember the newspaper strips as universally on-hand at home, comic books before the Code, and, at this point, even those who snapped up the underground comix that rocked the genre in the 1960s-1970s. We never quite imagined English department lectures—PowerPoints were still in the future—on canonical artists and genre or the theoretical backing for this or that interpretation.

Hillary Chute’s Disaster Drawn, notable for its publisher alone, as well as its contents, signals the gravity of the change. There is no surprise that she references Goya, as might even some “amateur” studies of a particular artist’s early influences, or that she homes in on the work of Art Spiegelman, Joe Sacco, Justin Green, Keiji Nakazawa (of the famed Barefoot Gen series on the aftereffects of the Hiroshima bombing), with sidebars to Robert Crumb, Winsor McCay, and Golden Age horror comics, among others. Her subject is, after all, war and the effects of war on comic art (with more sidebars on comic art precursors like nineteenth-century wood engravings).

What makes this new, often insightful, and somewhat troubling for older generations of comics observers is certainly the theorizing of a kind of artistic poetics. Chute says in her introduction that nonfiction comics have emerged, at least emerged more forcefully and fully, in the aftermath of the horrors of World War II. Second, she argues that the comic art form has become more international in the shadow of human-caused catastrophe. Third, and as a coda, she wants to explore comics as journalism.

These are admirable aims from the perspective of a reviewer whose political life was shaped by the anti-war movement following closely upon the civil rights crusade.

I am most curious at the absence of the EC war comics—in their realism, anti-war comics—that made Harvey Kurtzman and his dogged realism a comic-art legend. I am curious at a study of comics as history with a similar absence of Jack Jaxon, whose comic classics on the wars of the old Texas frontiers set the pace in the 1970s for higher levels of close historical study in comic art. And I suppose I am curious at all manner of other possible avenues not taken up, like the war work of Spain Rodriguez, which ranged from Spain and Russia of the 1930s-1940s to the adventures of Che Guevara in the 1950s-1960s; or the devotions of the annual magazine World War 3 Illustrated, which approaches subjects close to Chute’s interest again and again, through the work of dozens of artists.

Then again, the field of possible candidates, especially international candidates, is vast. And for American readers who find themselves looking into the windows of comic-book stores in today’s France, Germany, or Italy, translations of Joe Sacco and Art Spiegelman stare out, a reminder of these artists’ current totemic status.

The real question, for what one can call theoretical exploration, is not the choice of particulars, after all, but the quality of the exploration itself. There is, for my taste, too much referencing of what other academics think, although I know this is the nature of the beastly scholarly writing on most any subject, art subjects in particular. There is a curious transition to personal war experiences, one generation removed for Spiegelman’s Maus, not at all removed for Nakazawa or for Joe Sacco, who sought them out. This is curious because “personal” comics as a genre began with the religious perplexities of a young Justin Green, far removed from any conflict but the psychological kind. How the careful monstrosities of Crumb’s funny animals murdering each other fits into this (except that it appears side to side with an early Maus excerpt, in the comic titled Funny Animals), or why painter Philip Guston’s break from abstract expressionism makes the arguments about violence work, I do not grasp. Other readers may feel differently.

Never mind. Chute is on the button in quoting Spiegelman saying that comics are the “last bastion of figurative drawing” (105), so far beyond the assorted revolutionary developments in modern painting, literature, and so on that a kind of catch-up effort was inevitable—and interesting, because comics remain vernacular, even when blown-up panels and originals appear on museum walls (as they do, increasingly). Comics are not “like” “art,” and not likely to be seen as art, despite the increase in comic artists with formal training in art history and such, and despite the efforts of galleries, not to mention speculators, to make comics art. A great contribution of underground comix, as Chute suggests, was the capacity to be both avant garde and figurative simultaneously. Efforts to escape into non-narrative drawing, even to the limited extent of “wordless” narrative experimentation, have been limited in number (more common, in the latter case, in the woodcut works of the 1920s-1940s) and never very popular.

Not every reader of this book will want to delve deeply into the detailed subjects of every page. Chute’s readings of comic art are distinctly her own, and some will inevitably seem more interesting or convincing that others. Nevertheless, the effort, chapter by chapter, is compelling. Chute shows how artists are dealing with the horror of modern war, by no means only those perpetrated by “the terrorists” or “the enemy.” This is a worthy effort.

Author Hillary L. Chute is Professor of English at Northeastern University in Boston, Mass. Her work focuses on comics and graphic novels; contemporary fiction; visual studies; American literature; gender and sexuality studies; literature and the arts; critical theory; and media studies. She is the author of Graphic Women: Life Narrative and Contemporary Comics (Columbia University Press, 2010), and Outside the Box: Interviews with Contemporary Cartoonists (University of Chicago Press, 2014).

[Essayist Paul Buhle is the publisher of the anti-war Radical America Komiks (1969), co-author (with Denis Kitchen) of The Art of Harvey Kurtzman: The Mad Genius of Comics, and editor of Jews and American Comics, among other works.]