As Trump consolidates his power, the history of 1930s Germany repeats itself

I have been reading about what follows when institutions that are supposed to moderate extremist, demagogic leaders default in their role. And how easily those institutions are swept aside, at best complicit in their own irrelevance, at worst full partners in the brazen agenda of the demagogue. 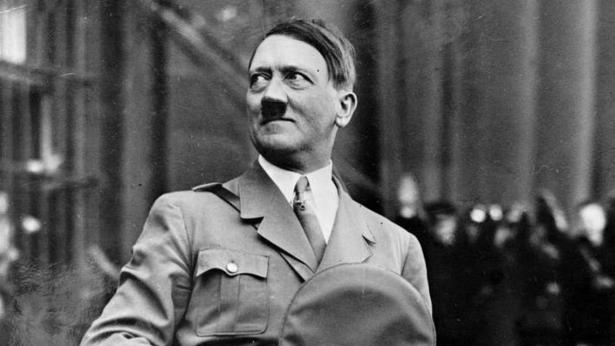 As Adolf Hitler rose to power, principled conservatives in Germany convinced themselves that he could be controlled. , AP Photo

In a 2005 essay, “In Defense of History,” published in the Guardian newspaper, the historian Eric Hobsbawm wrote that we should think of “history as an indivisible web in which all human activities are interconnected.” Comprehending historical forces, he wrote, gives us a “capacity to help us understand the world.”

My grandfather was a leading historian, and Hobsbawm was one of many colleagues who came through my grandparents’ book-filled house in London. As an academic discipline, but also, more generally, a mode of thought, history has always fascinated me. It is the weave of human existence over time and across space, the framework of understanding that allows us to craft stories and myths, cautionary tales and morality plays that resonate down the ages.

Recently, to sate a historical itch, I have been reading about Germany in the 1930s, about what happened when a great and cultured country was handed over to a gang of sadists, misogynists, and racists, when security services were given carte blanche to use the methods of the iron fist, and when torturers were rewarded by promotion rather than prosecuted for their crimes.

And I have been reading about what happened when the great mass of the citizenry either supported the transformation or sat back and did nothing, some mistaking their silence and disdain for effective opposition, others simply hoping against hope for “normalcy” to return.

Ex-Chancellor Franz Von Papen, I have discovered from my readings, believed that conservative elites could control Hitler.

“In two months’ time we will have squeezed Hitler into a corner until he squeaks,” he reputedly told a friend in early 1933, upon Hitler’s appointment by a reluctant President von Hindenburg to the Chancellorship, and his own, short-lived accession to the Vice Chancellorship.

Instead, by 1934 Von Papen’s political career was over, as Hitler, in a whirlwind series of personnel changes, set his propaganda machine – that same machine that denounced the media as the lugenpresse, the “lying press” – to work against his erstwhile allies and, despite not having won a majority of the votes in the previous election, purged his government of the moderating voices of non-Nazis.

So, too, was the independent power of the Reichstag neutralized, as political opponents were imprisoned or otherwise hounded out of public life, and as Nazi legislators, serving as wingmen for their shameless boss, repeatedly voted to let Hitler override the constitutional constraints of the dying Weimar republic.

“Thus was parliamentary democracy finally interred in Germany,” William Shirer, author of the classic book “The Rise and Fall of the Third Reich,” wrote of the raft of laws by which the Reichstag abetted in its own demise in the spring of 1933. “Except for the arrests of the Communists and some of the Social Democratic deputies, it was all done quite legally.”

I have been reading about what follows when the institutions that are supposed to moderate extremist, impulsive, venal, demagogic leaders default in this role. And how easily, at that point, those institutions and the career civil servants and judges and politicians who populate them, are then swept aside, at best complicit in their own irrelevance, at worst full partners in the increasingly brazen agenda of the demagogue.

“One by one, Germany’s most powerful institutions now began to surrender to Hitler, and to pass quietly, unprotestingly out of existence,” Shirer continued.

What happens when supposedly high-principled conservatives, such as von Papen, decide to serve in the administration of a sociopath, opportunistically convincing themselves that the devil-you-know is better than the alternatives?

And what happens when they then further convince themselves and their cronies in big business that maybe that devil actually isn’t so devilish, that, despite all his manifest crudeness and vulgarity, he does indeed have some special connection to destiny, a force of will that merits the personal loyalty oath of the Führerprinzip?

What happens when good citizens passively watch as hoodlums masquerading as politicians, and shouting “Deutschland Uber Alles” – Germany First – blow up international institutions, like the League of Nations, and treaties designed to secure the peace after the catastrophe of a world war?

What happens when upright civic leaders stay silent as investments in diplomacy are replaced by renewed arms races and a fetishization of all-things-military?

What happens when decent people do nothing as deportation forces are unleashed to rip apart families, and as religious and ethnic minorities are demonized and brutalized, their residency and employment rights challenged, their values publicly denigrated, by a leadership intent on providing lebensraum for a master race?

What happens when a paranoid leader such as Hitler accuses the rest of the world, in numerous speeches, of having “laughed at us” in its trade and military dealings with Germany, and then promises them they shall laugh no more?

General Erich Ludendorff, the man who, along with Hindenburg, ran Germany’s military effort during World War I, knew the answer. In despair at President Hindenburg having presided over Hitler’s ascent to the Chancellorship, he sent a telegram to the old man: “You have handed over our Fatherland to one of the greatest demagogues of all time. I prophesy to you this evil man will plunge our Reich into the abyss and will inflict immeasurable woe on our nation. Future generations will curse you in your grave for this action.”

My favorite comment about history, however, was penned by Karl Marx, in his “Eighteenth Brumaire of Louis Napoleon,” his excoriating takedown of the mid-nineteenth century preening, philistine, narcissist French leader and would-be dictator. It is, almost certainly, the most quoted statement about history in… history:

“History repeats itself,” he noted, “first as tragedy, second as farce.”

[Sasha Abramsky is a Sacramento writer who teaches at UC Davis. His latest book is “Jumping at Shadows: The Triumph of Fear and the End of the American Dream.” He can be reached at sabramsky@sbcglobal.net.]