Race Isn’t a Risk Factor in Maternal Health. Racism Is.

The language of the moment suggests that it's Blackness that's the problem, not bias. 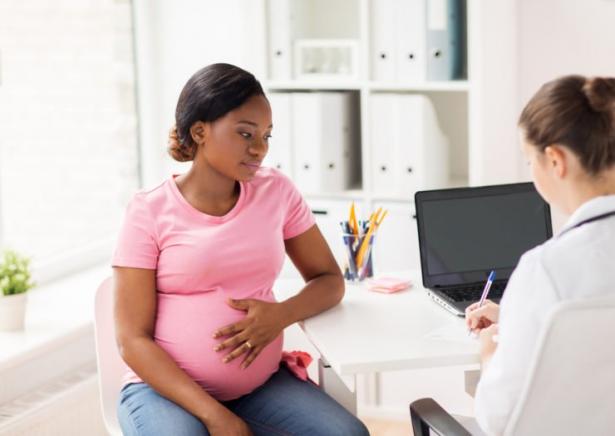 Whether the U.S. proponents of Blackness itself as risk use “Black,” “African American,” or “African descent,” their language boils down to one idea: There is something innately wrong with Black people and that brings heightened chances of disease.,Shutterstock

When 27-year-old activist Erica Garner died on December 30, 2017, many of us grieved the tragic loss of another Black mother.

Because I founded the National Birth Equity Collaborative, media reached out to me for comment. I could still see, in my mind, the faces of the patients I’d taken care of with the condition that caused Garner’s death—peripartum cardiomyopathy, a rare form of heart failure in women who have recently given birth, as Garner had. From my years of OB-GYN practice, I remembered that this illness can have a risk of death as high as 50 percent.

But I looked up the condition again, wanting to remind myself what the risk factors for peripartum cardiomyopathy are.

To my chagrin, I found “African-American descent” or Black race listed among risks such as history of cardiac disorders and poor nourishment. This underscored that, as mainstream media are finally writing about how Black women in the United States are the most likely of this country’s women to die from pregnancy-related complications, we need to talk about how we talk about race, risk, and maternal death.

We—in health, advocacy, and media—need to stop saying and teaching that being Black is a risk factor for illness and death. And there’s no better time to start using new language than Black Maternal Health Week, which runs now through April 17. Instead, we need to start telling the truth: It’s exposure to racism that is the risk factor.

When I say this publicly, I hear sighs of relief from those who understand the importance of this critical frame shift from the ahistorical and nonscientific belief that there is a gene or telomere that causes Black women’s outcomes to be worse and that Black people have inherited it across the diaspora, whether we’re in the Bronx, Brixton, or Bangui.

It’s true that postpartum cardiomyopathy was first described in 1971 in Nigeria, which still has the highest incidence in the world. But that’s an example of how global anti-Blackness allows some countries—and select people—to languish without quality health care, not that Black women are somehow biologically doomed to have this condition.

Whether the U.S. proponents of Blackness itself as risk use “Black,” “African American,” or “African descent,” their language boils down to one idea: There is something innately wrong with Black people, and that something brings heightened chances of disease and death.

Having a risk factor, or many risk factors, does not mean that you will get a disease. According to the World Health Organization, a risk factor is any characteristic or exposure that increases an individual’s likelihood of developing a disease or injury. Based on well-established data, risk factors are categorized as modifiable or nonmodifiable, and health-care providers use them to counsel patients on how they can avoid or decrease their likelihood of death or disease. Knowing the risk factors allows patients to do things like get tested earlier for an illness or, for example, participate in a smoking cessation program. Risk factors can include attributes like fair skin for melanoma, which you can’t modify but you can cover or add sunscreen. But no one’s saying that whiteness is a risk factor for melanoma.

When I say that racism, not race, puts Black women at risk, I also get confused responses from well-meaning people who go too far in their willingness to attribute poor health to racism. Some sincerely believe that centuries of white supremacy have literally embedded themselves in Black people’s DNA—as if it’s fundamentally different from that of other people—and increased our susceptibility to ill health. They recognize the impact of racism, but somehow can’t understand that “race” as a concept is implicated in structural and social inequality and has crystallized a hierarchy that makes them think Black people’s genes are their detriment. And in that view, if we ended racist policies, health disparities would just evaporate.

Of course, I’m for ending racist policies, but those policies are grounded in ideas and social structures that are unwilling to acknowledge—and really work to prevent—Black women’s deaths. Despite our nation’s vast wealth and and the tremendous amount of resources spent on health care services, women in the United States die within a year of childbirth more than women in any other nation with an advanced economy. And research shows us what Black women have always known: We can’t buy or educate our way out of dying in childbirth or having our babies die. Black women who live in affluent neighborhoods, receive prenatal care in the first trimester, are normal weight, and have advanced degrees are still more likely to die or have their baby die than white women in poor neighborhoods, with no prenatal care, who are obese, and don’t have a high school diploma.

I recognize patriarchy and racism cause Black women in the United States to die at three to four times the rate of their white counterparts. But I don’t see publications listing “woman” as a risk factor.

I also recognize that the gendered racism we experience multiplies our risks. Our catecholamines, the hormones that drive humans’ “fight-or-flight” responses, are always being released. It’s all gas—no brakes—for the worry and fear being a Black woman having a Black baby in a place that has vilified both. After all, we live in a country that will use government funds for fake “crisis pregnancy clinics” that provide inaccurate medical information that harms women so that they will stay pregnant. Our legislators and officials go on to make it easy to declare mothers unfit, involve child welfare agencies, and take those same women’s children away. And if you’re Black, it’s a short jump of racist logic to get from “Black” to “unhealthy” and “unfit mother.” Those ideas are embedded in our national DNA.

But that’s not the conversation we are having about Black maternity and risk.

While much of the public-health world is lamenting and documenting Black women’s higher chances of dying or being injured during or after pregnancy, we’re not doing the tough work of really talking about racism. Some researchers and leaders in the field can still talk about health disparities—even for this publication—without ever uttering the word “racism.”

And when I say racism is the invisible risk factor, people occasionally respond with anger. It’s the same anger that simmers and sometimes erupts when we talk about race (a concept that Black folks did not invent, by the way) in the United States.

Since people in the United States rarely have honest dialogue about how racism has worked through policy and culture to harm people of color and poor white folks—redlining, Medicaid disparities, low taxes for those most able to pay—it becomes an emotional rather than a factual conversation and subject to backlash, especially when a person of color brings it up.

Black and brown folks have reason to be angry and emotional. The existence of racism is an indisputable fact. To quote my mentor and past president of the American Public Health Association, Dr. Camara Jones, racism is a system of structuring opportunity and assigning value based on the social interpretation of how one looks (which we call race). The good news is we can restructure opportunity, assign value to all, and address where we have historically and currently failed at this.

There’s a good way to begin from this moment onward: Let’s list racism as a modifiable risk factor for poor maternal health outcomes. When we can do that, we can work together to dismantle it.

Dr. Crear-Perry is the founder and president of the National Birth Equity Collaborative. She recently addressed the United Nations Office of the High Commissioner for Human Rights to urge a human-rights framework to improve maternal mortality.