Publicly owned internet networks are giving some rural regions an advantage over even the techiest big cities. 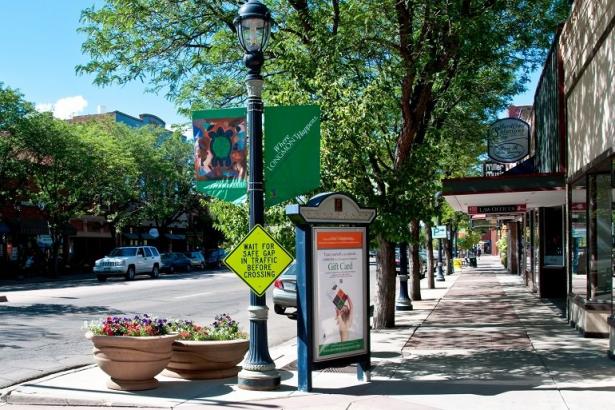 They are mostly towns you’ve probably never heard of, places like Sandy, Ore., Leverett, Mass., Lafayette, La., and Longmont, Colo. Yet these smaller communities, and hundreds more like them, have something even the techiest big cities such as New York, San Francisco and Seattle don’t have: widespread, fast and well-priced broadband service.

Big cities usually have the edge in the traditional drivers of economic development. They have the universities, the sports teams, the big airports, the interstate highway access, the ports. But in arguably the most forward-looking part of the economy, some smaller localities have the edge. They made it for themselves by developing their own broadband networks, typically employing the latest fiber-optic technology. “I believe over the next three to five years people are no longer going to be surprised that some small cities have much better internet access than big cities,” says Christopher Mitchell, director of the Community Broadband Networks Initiative at the Institute for Local Self-Reliance, whose national map shows more than 500 communities with some type of publicly owned network.

Private providers like Verizon or Comcast also build broadband networks in both big cities and smaller towns. But the technologies used vary, and if fiber-optic lines are used, companies don’t always extend them into the home. For understandable reasons, private companies tend to be stingy with their services, minimizing costs and maximizing revenues. For the customer, this can mean uneven and expensive service.

Publicly owned broadband networks, on the other hand, exist for one purpose: to give the most people the best service at the lowest possible prices. They do this because they know it benefits their residents’ quality of life and incomes. Chattanooga, Tenn., one of the larger cities with a public broadband network, has been called “an internet boomtown” because of all the businesses moving into the city or springing up there.

It’s similar to how municipalities operate a street system, a water department, or a cooperatively owned telephone or power company. Local leaders know they can get booted out of office, or off the board of the co-op, if they don’t satisfy their voters. So it shouldn’t be surprising that public broadband networks tend to provide cheaper, better and more comprehensive service, as has been documented in a study, “Community-Owned Fiber Networks: Value Leaders in America,” by Harvard University’s Berkman Klein Center for Internet & Society.

While theoretically a big city could set up a municipal broadband network, it’s generally the smaller communities that have done so. “You see this in Seattle and San Francisco, where they have been talking about municipal broadband for years, and you see little progress,” Mitchell says. “In smaller towns, you can make things happen.”

Not that the smaller towns have it easy. Verizon, Comcast and other big internet providers don’t like localities encroaching on their business, and they have gone to court to stop public broadband networks from being established. They have lost these cases, but defending them costs governments time and money. More successfully, the private companies have persuaded state legislatures to pass laws restricting municipalities from setting up community networks.

I believe that the political climate is getting better. With the increasing attention given to internet access as an engine of economic development, it’s getting harder for a state legislator to argue with a straight face that it’s in the public interest to stop towns or smaller cities from providing it, particularly when the big private-sector companies have been so slow to wire them up. Most such laws were passed years ago, but today there are efforts to repeal or bypass them.

When it comes to public broadband, even seemingly unfavorable political events can have unintended consequences. Open-internet advocates, for example, have been roundly critical of the Federal Communications Commission’s party-line vote in December to end the policy of net neutrality, which required internet service providers to charge all customers equally for similar services. Ironically, however, the FCC’s action may help efforts to start public broadband networks, which would be free to continue to observe net neutrality. In late December, The Denver Post headlined an article this way: “Net neutrality vote emboldens advocates for public broadband in Colorado.” In that state, more than a hundred municipalities have voted by referendum to opt out of a state law meant to stop them from setting up their own networks.

These political fights are not new. We are repeating the 1930s, when private power companies sued unsuccessfully to prevent the establishment of the giant publicly owned Tennessee Valley Authority, and by extension to block the establishment of the city- and cooperatively-owned power companies that grew out of the authority and similar efforts. It’s no accident that today so many of the towns and cities that have public broadband networks do so through their public or cooperatively owned power companies -- products of those Depression-era battles.

Yet while providing good internet service publicly has the whiff of socialism, at a local level such efforts don’t divide neatly into red-blue political categories. Plenty of publicly owned broadband networks are located in Republican-leaning states and counties. Good internet service can cut through ideological lines.