The “Spanish struggle against fascism and the misuse of capitalism as a bulwark to totalitarianism” represent “the preeminent political narrative of the 20th century and of our time still.” 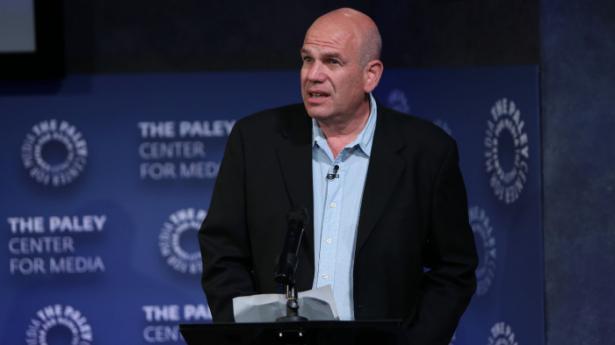 “The Wire” creator David Simon and Spain’s Mediapro (“The Young Pope”) are in early development on “A Dry Run,” a drama series following members of the Abraham Lincoln Battalion who came to Spain from the U.S. to fight fascism during the Spanish Civil War.

The scripts have been outlined, and George Pelecanos and Dennis Lehane, both of whom worked on “The Wire,” have  committed to “A Dry Run” as writers. The show is so far conceived as a six-hour miniseries, though that could change as the stories develop, said Mediapro founder Jaume Roures.

Simon and Mediapro are seeking to raise the necessary funds both in the U.S. and Europe.

“A Dry Run” will follow the Abraham Lincoln and George Washington Battalions, both part of the International Brigade that fought in the Spanish Civil War, from their arrival in 1937 and first bloody battle in the Jarama Valley until their departure in 1939. The show offers a “compelling and tragic narrative,” Simon said, adding that the “Spanish struggle against fascism and the misuse of capitalism as a bulwark to totalitarianism” represent “the preeminent political narrative of the 20th century and of our time still.”

Added Roures: “‘A Dry Run’ is really one of the great projects for the coming months. Not only for the story…but also for what it means for us to work with David Simon, one of the best scriptwriters of recent years.”

Simon, whose current show, “The Deuce,” is advancing toward a second season on HBO, has written “an extraordinary document that describes the project. When you read it, you can perfectly picture any of the characters of the series,” Roures said.

Simon has also visited battle sites where the Abraham Lincoln Battalion fought. The series will be shot mainly in English, the language of the main characters.

That seems inevitable given Simon’s passion for authenticity. “The style of any work we do bears a basic similarity,” Simon said. “We are interested in realism. And we don’t sell much in the way of redemption or happy endings. And, well, 1939 was no happy ending. Nor was it redemptive.”

The Spanish Civil War was “a dry run for the maelstrom to come,” Simon said, indicating the origin of the series’ title. “But more than that, the events of 1936 to 1939 made clear that capitalism – while it may be an elemental tool for generating mass wealth – offers no moral answer to how people can live or how societies thrive.”

For Simon, “when the Spanish Republic was threatened, capitalism chose tyranny. So the better men who could not abide that choice came to Spain [to fight]. Today, that same choice confronts us again.”

Mediapro is beginning to present the project to potential co-producers. In addition to co-producing HBO’s “The Young Pope,” the company has produced three Woody Allen movies, including “Midnight in Paris,” and has partnered with Netflix on Daniel Burman’s “Edha” and with Amazon Prime Video on soccer documentary series.