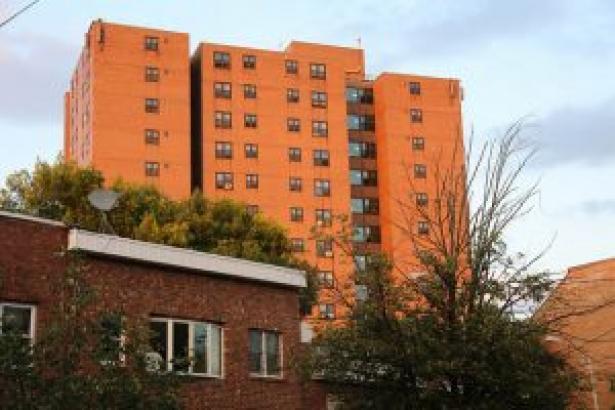 With half of the rental population facing the prospect of being rent-burdened, and with fewer than 1 in 3 of the 9 million families foreclosed during the recession likely to purchase homes again, something clearly must change in the way we approach housing and shelter.

I spoke with Ryan Cooper, co-author of the report (with Peter Gowan), about current approaches to government intervention in the rental market, the politics of home ownership, why public housing needs to be mixed income, and what we can envision from a society that provides adequate, affordable housing to all of its citizens. Quotes from the interview are included in a piece on public housing published with In These Times.

Tanner Howard: How does the Low-Income Housing Tax Credit [LIHTC] reflect the shortcomings of our current approach to private housing as an affordable housing solution? What could the money that’s going to it and programs like it, specifically New York and its massive tax offsets, be doing in the short-term if it were to be reinvested in public housing?

Ryan Cooper: The main characteristic of these kind of tax break-style of things is that it seems clear that in every circumstance, it’s much less efficient to try to coax the private market into doing what you want, rather than just doing it yourself.

A clear example was the Obama administration’s approach to foreclosure policy, when they decided they’d try to incentivize mortgage servicers to do these mortgage modifications for people who were underwater on their mortgages. The result was that they probably made the housing crisis worse overall. I wouldn’t say that the LIHTC is that bad, certainly there are a few tens of thousands of units they’re producing. But the major characteristic of these things is that they’re small—this is a tiny program, something like $8 billion. It’s an afterthought.

Meanwhile, you have your welfare for rich people hidden in the tax code, in the form of the mortgage interest deduction. The mortgage deduction costs $100 billion a year; something like 10 percent of that cost is going to where it’s actually desperately needed, [and] so much, probably three-quarters of the benefit of the mortgage interest deduction spending is going to the top income quintile, to those who don’t need help with their shelter provision.

Coaxing the private market is not getting the goods, not getting the mass housing that we need. It’s a pitifully inadequate program. You’re talking a couple hundred dollars per rental household. What you need is lots and lots of new housing units that are priced reasonably and put some downward pressure on the market to make the rest of the housing stock more affordable.

The Urban Institute looked at the total population of extremely low-income people, defined as people making less than 30 percent of the median area income, and they find that a quarter can find affordable housing on the market, less than a quarter get some kind of help from USDA [or] Section 8, and more than half are just screwed. These are the people in direst need of help, and there’s a much larger percentage that don’t get any rental assistance, they’re just paying ridiculously steep rent that’s well into 30 percent of their income, and the government isn’t doing anything for them.

In the report you emphasize that your vision is to build very mixed-income housing, which as we’ve seen in the U.S. has had incredibly mixed results. I’m just familiar with Cabrini Green and the mixed-income developments around it that forced onerous drug tests and surveillance on the very few low-income people that were even able to return to those homes. So why emphasize the need for mixed-income housing, and how do you envision that in the U.S. where it’s been so poorly implemented?

The problem with traditional American-style public housing is that it’s so means-tested. It’s for poor people only, and those who do get it are getting a massive rent subsidy, relative to what they’d be paying on the market. It’s good for them, of course, these are people who unquestionably need that kind of provision. But the problem is that you’re filling your units, which cost a substantial amount to maintain, with people who can’t pay that much. So it becomes a big budgetary burden for cities. Secondly, you concentrate poverty, which studies have demonstrated over and over again is associated with all sorts of terrible stuff. Public housing, even where it exists and is in bad shape, is better than nothing, and people are desperate to get into it. But you create these enclaves of extremely poor people, often people of color, that are harassed by the police, that are also extremely expensive.

If you were to create a model whereby you say the median unit of housing you’re going for is at the middle of the income distribution, you can charge those type of people a rent that’s still less burdensome than what they’d be paying on the market, at least in high-demand cities, where this kind of housing is needed the most, and get a much better revenue stream. If you’re going to do it in New York City, for example, you could say, “We’re going to do one-third deep subsidized, one-third for middle-class New Yorkers, people making up to $100,000, and then one-third that’s market rate,” and then all that would be locked into the rent control they have. That would just be much less of a cost. The New York Housing Authority is so overwhelmed with capital maintenance backlog in terms of maintaining their existing housing stock. If you could make these projects much more self-funding by taking some of the rental income that’s currently flowing into the pockets of people like Jared Kushner, you could make it a much more sustainable system.

We’re obviously still deeply wedded to homeownership in the U.S. as a major source of wealth for many families. What impact does that have on our ability to think about alternative models for housing?

There’s a fundamental problem in the way that Americans have conceived of housing as this representation of bourgeois success. Like, “Here, you’re a homeowner, that’s the American dream, and the responsible, good people own homes, that’s what they do.” The way we’ve achieved that is by making homeownership a lucrative investment. That is a weird thing when you think about it, because if you’re buying a stock, a stock might appreciate because, at bottom, it becomes more valuable in terms of the value of the underlying enterprise.

Houses don’t do anything like that—they don’t increase in productivity, they just slowly fall apart and require progressively more maintenance, depending on how well they’ve been made. Eventually, they’ve just got to be demolished, after 30, 50, 100 years. There’s a kind of inescapable Ponzi scheme-like nature to the whole housing system of social enfranchisement, to where you make your home worth more by ensuring that there’s always someone behind you in line to pay slightly more than you paid. That is accomplished with these massive subsidies, Fannie Mae and Freddie Mac pushing secondary mortgage products.

In Germany, they have some of the lowest-recorded levels of wealth in the Eurozone. Average wealth in Greece is much higher than it is in Germany. People look at that and ask, “What the hell is happening?” The answer is that most people don’t own their homes in Germany, but on the other hand, rental protections are much stronger, so people often rent the same home for 20 years, in a relationship that is fairly analogous to owning a home, but because it can’t be capitalized into this market system where you can sell it to somebody else, it doesn’t show up as wealth, even though it serves most of the same functions in terms of having a roof over your head. It’s just a kind of interesting idea of how you can have all the trappings of richness without it being amenable to driving up the net value of the cash you have.

On the merits, public housing ought to appeal two different constituencies that are growing fairly strongly in these urban locations where housing is most desperately needed. First are your kind of leftist, socialist people, for whom public housing just makes sense intuitively, but secondly is the YIMBY people, who think that we’ve got to upzone and allow more private development. Those folks aren’t entirely wrong, in the sense that, if you live in a desirable neighborhood, there’s gonna be price increases eventually. Even if you have rent control, it’s not strong enough in any city to prevent any price increases at all. The problem is private developers want to build luxury housing. That’s a thing that YIMBYs are fairly defensive about—they say, “Well, let’s just build even more, and in 20 years it’ll filter down.” That is a highly suboptimal trajectory.

The nice thing about public housing is, OK YIMBYs, we do need more places to live in these desirable cities, but if we do social housing that’s economically inclusive, then we can hit the point in the market where the social need is greatest, not where there’s greatest profits. Because what we’ve seen is private developers saturate the luxury market first. They just build and build, to the point where they’re having to offer sizable breaks to get people in units which have concierge service and hot tubs. That’s not particularly necessary for most people.

The secondary benefit there is that if you build middlebrow housing that’s sort of average or smaller size, not luxury sized, you can pack more units in, you get more bang for your land-use dollar.

In the more fundamental sense, it suggests a future in which people can have the type of communities that make city living as good as it can be. I like living in cities, but one kind of more damaging or underrated social characteristic of extremely high-rent cities is that people move around like crazy. It can be hard or impossible to create the kind of welcoming neighborhood that I think people generally want, a place where you tend to know your neighbors, you can ask people for help, you just feel that you’re actually a part of an organic community. You’re not just doing the housing equivalent of buying the cheapest thing from Walmart.

Social housing presents a kind of alternative, a way we can configure our shelter provision that can create healthier, more permanent types of communities. It allows people to feel as though their money spent on housing is going into something that’s more socially beneficial, both to themselves and to the community as a whole, instead of intensely protecting your own little fortress home. For example, I would much rather [my rent] pay the government to either directly subsidize someone else who needs the money or, if there’s any extra money, [to] use on buses or other things that I need and enjoy, not just funding landlord Jeff’s sixth vacation to Jamaica this year.

Tanner Howard is a freelance journalist based in Chicago and a housing organizer with the Chicago Democratic Socialists of America.

Shelterforce is the only independent, non-academic publication covering the worlds of community development, affordable housing, and neighborhood stabilization.