How Costa Rica Gets It Right

How has a country of under five million become a world leader in democratic, sustainable, and inclusive economic growth? The answer lies in its people's belief in focusing on the welfare of all citizens. 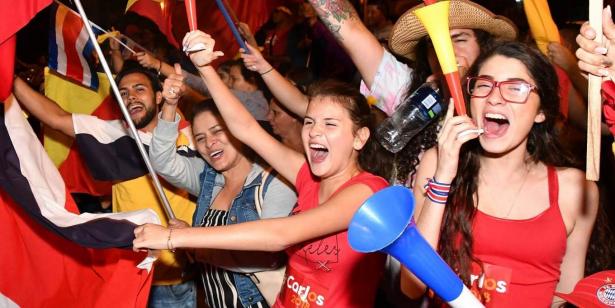 SAN JOSÉ – With authoritarianism and proto-fascism on the rise in so many corners of the world, it is heartening to see a country where citizens are still deeply committed to democratic principles. And now its people are in the midst of trying to redefine their politics for the twenty-first century.

Over the years, Costa Rica, a country of fewer than five million people, has gained attention worldwide for its progressive leadership. In 1948, after a short civil war, President José Figueres Ferrer abolished the military. Since then, Costa Rica has made itself a center for the study of conflict resolution and prevention, hosting the United Nations-mandated University for Peace. With its rich biodiversity, Costa Rica has also demonstrated far-sighted environmental leadership by pursuing reforestation, designating a third of the country protected natural reserves, and deriving almost all of its electricity from clean hydro power.

Costa Ricans show no signs of abandoning their progressive legacy. In the recent presidential election, a large turnout carried Carlos Alvarado Quesada to victory with more than 60% of the vote, against an opponent who would have rolled back longstanding commitments to human rights by restricting gay marriage.

Costa Rica has joined a small group of countries in the so-called Wellbeing Alliance, which is implementing ideas, highlighted by the International Commission on the Measurement of Economic Performance and Social Progress, for constructing better welfare metrics. Recognizing the shortcomings of GDP that the Commission emphasized, the Alliance seeks to ensure that public policy advances citizens’ wellbeing in the broadest sense, by promoting democracy, sustainability, and inclusive growth.

An important part of this effort has been to broaden the scope for the country’s cooperatives and social enterprises, which are already strong, embracing in one way or another a fifth of the population. These institutions represent a viable alternative to the extremes of capitalism that have given rise to morally reprehensible practices, from predatory lending and market manipulation in the financial sector to tech companies’ abuse of personal data and emissions cheating in the automobile industry. They are based on building trust and cooperation, and on the belief that focusing on the welfare of their members not only enhances wellbeing, but also increases productivity.

Like citizens of a few other countries, Costa Ricans have made clear that inequality is a choice, and that public policies can ensure a greater degree of economic equality and equality of opportunity than the market alone would provide. Even with limited resources, they boast about the quality of their free public health-care and education systems. Life expectancy is now higher than in the United States, and is increasing, while Americans, having chosen not to take the steps needed to improve the wellbeing of ordinary citizens, are dying sooner.

But for all of its successes, Costa Rica faces two critical problems: a persistent, structural fiscal deficit and a gridlocked political system. The economics of fiscal deficits are easy: boost economic growth, raise taxes, or lower expenditures. But the politics are not easy at all: While every political leader wants economic growth to solve the problem, there is no magic formula to achieve it. No one loves the two remaining options.

Most governments in such circumstances cut items like infrastructure, because the costs go unseen for decades. That would be an even graver mistake for Costa Rica, where infrastructure has not fully kept up with economic growth and, if improved, could itself be important in promoting growth. Of course, government could always be more efficient, but after years of retrenchment, further rationalization is unlikely to deliver much. Almost surely, the best way forward would be to raise taxes.

To reconcile taxation with an overall economic strategy that seeks to maximize all citizens’ wellbeing, the tax system should adhere to three central principles: tax bad things (like pollution), rather than good things (like work); design taxes to cause the least possible distortion in the economy; and maintain a progressive rate structure, with richer individuals paying a larger share of their income.1

Because Costa Rica is already so green, a carbon tax would not raise as much money as elsewhere. But, because virtually all of the country’s electricity is clean, a shift to electric cars would be more effective in reducing carbon dioxide emissions. Such a tax could help Costa Rica become the first country where electric cars dominate, moving it still closer to the goal of achieving a carbon-neutral economy.1

With inequality still a problem (though nowhere near as acute as elsewhere in Latin America), more progressive and comprehensive income, capital gains, and property taxes are essential. The rich receive a disproportionately large share of their income through capital gains, and to tax capital gains at rates lower than other forms of income exacerbates inequality and leads to distortions. While economists differ on many matters, one thing they can agree on is that taxing the revenues or capital gains derived from Costa Rica’s land won’t cause the land to move away. That’s one reason why the great nineteenth-century economist Henry George argued that the best taxes are land taxes.

The biggest challenges are political: a presidential system like Costa Rica’s works well in a polity divided into two main parties, with rules designed to ensure that minority views are adequately respected. But such a system can quickly lead to political gridlock when the electorate becomes more fractured. And in a fast-changing world, political gridlock can be costly. Deficits and debts can explode, with no path towards resolution.

Alvarado, who is just 38, is attempting to create a new presidential model for Costa Rica, without changing the constitution, by drawing ministers from a range of parties. One hopes that the spirit of cooperation fostered by the cooperative movement, and ingrained in so much of Costa Rican culture, will make it work. If it does, Costa Rica, despite its small size, will be a beacon of hope for the future, showing that another world is possible, one where Enlightenment values – reason, rational discourse, science, and freedom – flourish, to the benefit of all.

Joseph E. Stiglitz, a Nobel laureate in economics, is University Professor at Columbia University and Chief Economist at the Roosevelt Institute. His most recent book is Globalization and Its Discontents Revisited: Anti-Globalization in the Era of Trump.