Washington Metro Sinks into the Swamp in NHL Playoff Miscue

Transit officials in the nation’s capital did not have the money to keep the subway system open late for the Washington Capitals playoff game. But Qatar did. 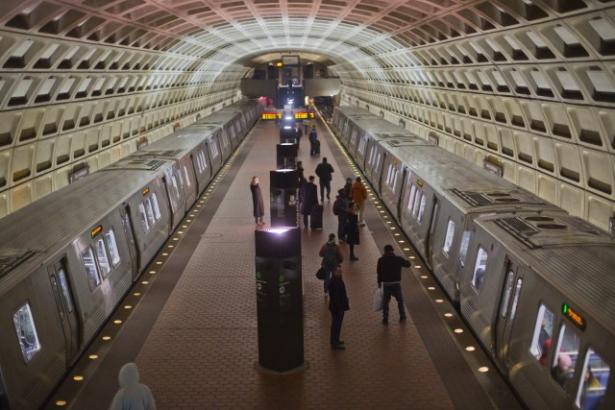 How desperate is the state of public transit this Infrastructure Week? So desperate that the Washington Metro Area Transportation Authority turned to a foreign government to secure the $100,000 it needed to keep Metrorail open late, so that hockey fans could get home from National Hockey League Eastern Conference Playoff Game 4 on Thursday at a downtown arena.

Ponder that for a second: District of Columbia transit officials decided to rely on the government of Qatar’s munificent gesture. And recall that a Qatari government-affiliated company may bail President Donald Trump’s son-in-law Jared Kushner and his family out from under an onerous Manhattan office building mortgage; that Trump attorney Michael Cohen tried to woo Qatar as a client for his “consulting” services; and that Qatar has been embroiled in a long-running political crisis that resulted in a trade embargo against the country by Bahrain, Egypt, Saudi Arabia, and the United Arab Emirates.

The Qatari-Metro decision produced intense public criticism, since Metro cannot accept funds from foreign governments. Accordingly, Metro officials initially nixed the plan. But someone came up with another idea: have the Qataris steer the monies, not to Metro directly, but to an intermediary, so an otherwise eyebrow-raising transaction would appear less direct. The government of Qatar conveyed the money to the Downtown DC Business Improvement District, a local economic development organization, which then passed along the funds to Metro.

Metro late-night service back on for Caps game after Qatar agrees to provide funding through business group https://t.co/fOa6HdBnYN

D.C. Councilmember Jack Evans helped broker the deal. It also happens that he is chairman of the WMATA board of directors. Evans maintained that the WMATA transaction was with the local business district association, not a foreign government.

Few people were satisfied with that explanation. As one Washington Post commenter noted, “If Metro can't accept payments from foreign governments, and that is why the Qatar cash went through DCBID, this deal seems like money-laundering.”

Keeping Metro running later than usual so some fraction of the crowd could get home was a commendable impulse. But there are enough area firms and individuals, including Washington Capitals owner Ted Leonsis or any of a number of other Washington one-percenters, who have the funds to make a civic gesture worthy of the nation’s capital.

Exelon, the corporate parent of Pepco, the area electric utility, paid $100,000 keep the Metro open for Game 3 of the playoffs. “I know that there are some other corporate sponsors that are interested in helping the Caps as well as helping Metro,” Exelon’s corporate affairs vice president Maggie Fitzpatrick told WTOP Radio. “We certainly will entertain it if we are asked [to pay for Game 4 rail service], but we were asked for this game and are delighted to do it.”

But since other corporate sponsors did not materialize and Exelon did not re-up, the government of Qatar got on board. Democratic Mayor Muriel Bowser, up for re-election in November, actually trumpeted the arrangement, noting that Qatar and the District of Columbia had also partnered on an upscale downtown-shopping complex.

How pathetic that the nation's capital has to rely on a foreign country for basic Metro service. It's not just #Caps fans who demand later service on game days, it's thousands of workers who need it daily.

But a private, luxury shopping complex and a public transportation system are two different propositions. Why would any local jurisdiction or transit system accept foreign government funding? Could it be because the system is chronically underfunded and in dire financial straits? So when a wealthy country wanted to kick in what for them is chump change, it is no surprise that Washington officials liked what they heard. As to the ethics—well, in Trump’s America, some public officials have become inured to arrangements that in drag them into the muck of the swamp.

For years, Maryland, Virginia, and the District of Columbia have refused to adequately fund the regional transit system (only recently did the three jurisdictions finally agree for the first time in Metro’s history to provide a dedicated revenue stream for the system; the chief obstacle to this had long been Virginia Republicans). WMATA does not earn enough revenue to keep trains running on its own dime, and neither the city nor the team owner wanted to step up to enable the system to stay open 60 minutes past the usual 11:30 p.m. weeknight closing time.

Non-playoff-going riders might have been forgiven for thinking that they, too, would benefit from the extra hour of rail transportation after Game 4. But the only station open was the downtown station adjacent to the arena, so only hockey fans and anyone else who happened to be the vicinity got the benefit. (After Game 3, the entire system remained open.)

So Infrastructure Week limps off as slowly off stage. In many other cities, municipal leaders and transit officials have persuaded their communities to pay small tax increases to boost revenues for transit and other infrastructure improvements. But Washington area officials have not embraced that option yet, and public-private partnerships will only take a transit system so far—as the playoff game fiasco illustrates. But lest we forget, the United States is one of the wealthiest countries in human history. Municipal leaders should not have to tug on the shirttails of corporations or foreign countries to pay for the basics. Yet that’s where the District of Columbia ended up.

As the Capitals move on to their next contest, Washington officials can breathe easier, as the next game is scheduled for a weekend night, and the weekend service hours won’t force them into another strange alliance. But perhaps Washington officials should work on coming up with other alternatives for the remaining Eastern Conference weeknight games, and, should the Capitals advance, the Stanley Cup Playoffs (as well as any baseball post-season appearances by the Washington Nationals.) When American cities start relying on foreign governments to help run American public services, it’s pretty much game over.

Gabrielle Gurley is The American Prospect’s deputy editor. Her Twitter is @gurleygg, and her email is ggurley@prospect.org.