Take This Bullshit Job and Pretend to Love It 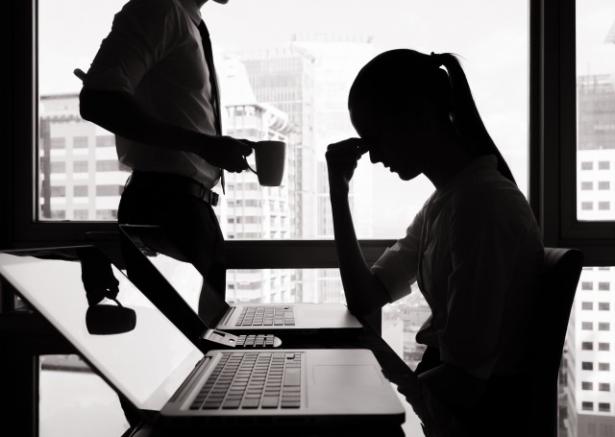 David Graeber explores this question in his thought-provoking and hilarious new book, Bullshit Jobs. Five years ago, he wrote an essay for the radical magazine Strike!, asking why people in the United States and England are not working the 15-hour weeks that John Maynard Keynes had predicted would be the result of technological advancement? In our post-scarcity society, he argued, only a tiny fraction of the population actually has to labor in order to provide for the material needs of all. “It’s as if someone were out there making up pointless jobs just for the sake of keeping us all working,” he wrote.

The essay went viral. Millions of people read it and thousands wrote him to vent about their own pointless jobs. Those first-person accounts enliven and flesh out Graeber’s book.

He breaks down these jobs into five major categories: Box-tickers, Duct tapers, Taskmasters, Flunkies, and Goons. While humorous, it’s also a well thought-out system of categorizing pointless work by the dynamics that create them. A Duct-taper, for instance, is hired because an existing employee (very likely a full-of-it supervisor) either skips or botches one essential part of his assignment and so an entire extra employee is hired to make sure that that one small task gets carried out. That task may be essential, but it hardly amounts to a full-time assignment.

A Box-ticker, on the other hand, exists mainly so an organization can claim it is doing something that it doesn’t actually take seriously. Much of this involves researching and compiling reports no one will read to comply with a regulation or to document progress on a mission or goal.

Flunkies, meanwhile, are employees hired purely to make their supervisor appear more important. A receptionist whose main function is to place phone calls for a middle manager just to say to the party on the other line, “Please hold for Mr. ____,” is a perfect example.

These bullshit jobs make up an astonishingly large portion of the global economy. Inspired by his initial essay, one U.K. poll found that 37 percent of respondents did not believe their job made “a meaningful contribution to the world.” A similar poll of Dutch workers found that 40 percent of workers didn’t think their jobs served a useful purpose.

Barraged by right-wing talking points, much of the public has come to believe that pointless, self-created bureaucracy is uniquely a public-sector malady. But Graeber found many times more private- than public-sector workers reaching out to him to complain—in detail—about their salaried jobs, which they said would make no discernable difference in the world if they quit and the posting was left vacant for several months (or years). Many of these were in financial and legal firms, where the bloat was by design. The purpose (for a law firm) might be to whittle away a chunk of a large class-action settlement on administrative expenses, or to make a manager seem more important by virtue of the number of employees reporting to him. Usually, it was some combination of the two.

The real difference between the public and private sectors isn’t—to borrow a line from Ghostbusters—that “in the private sector; they expect results.” Instead, Graeber finds, it’s that corporate firms expect every employee to actually show up each week for his or her 40-plus hours of “work” and to “look busy” while doing it.

Picture here the Seinfeld character George Constanza, who, after years of temp jobs and unemployment lands a cushy job in the New York Yankees’ back office. Well-paid and in delightful proximity to the heroes of his youth, he nevertheless suffers anxiety from the fact that he doesn’t understand what his job is supposed to be and nobody at work seems to be sweating him about assignments or deadlines. His stroke of brilliance is to furrow his brow and squint his eyes in a way that makes him “look busy” to his colleagues.

It’s funny in a sitcom but borderline tragic in real life. Why a bullshit job would be regarded as daily torture instead of a paid vacation might be confounding to anyone who hasn’t spent the lions’ share of her waking life pushing a boulder of Outlook calendar invites up a mountain of pointless conference calls on mute. As explanation, Graeber points to the early 20th century work of psychologist Karl Groos. Studying early childhood behavior, he noted infants’ delight at being the cause of an effect that they were able to repeat through their own actions—as well as their rage at being denied the continued ability to alter the world through their own actions. He called this “the pleasure at being the cause,” and time and research have shown that is elemental to human happiness.

Much of the “bullshitization” of white-collar work is purely accidental, but Graeber argues that capitalists couldn’t have designed a more effective pecking order of oppression if they’d tried.

Much of the “bullshitization” of white-collar work is purely accidental, but Graeber argues that capitalists couldn’t have designed a more effective pecking order of oppression if they’d tried. At the bottom, you have millions of workers striving to work longer hours and fighting for a couple more dollars an hour that might lift them out of literal poverty. In between the desperate lumpen and the de facto rulers of the world is a massive segment of the workforce who secretly suspect that maintaining a decent standard of living doesn’t correlate with useful or productive work (or, indeed, any work at all!). But challenging the system could imperil their relative comfort.

They are more likely to resent people whose jobs are easily explainable to their family and neighbors—but who nevertheless demand better wages and working conditions—than to make common cause with them.

Graeber points to autoworkers and teachers as workers who achieve a tangible degree of satisfaction from their work and who are frequent targets of the public’s ire for expecting that and decent wages. I think more of all those amateur chefs on Chopped, hoping to win a $10,000 purse in order to buy a food truck. How many thousands of people are living an essentially monastic lifestyle because they want to make a living feeding people? In a world filled with well-paying but meaningless work, or poorly-paid drudgery that a robot could (and may soon) do, is it any wonder that so many people yearn for a meaningful life spent cooking for people and watching them enjoy the literal fruits of their labor?

What I particularly love about Graeber’s book is how it contributes to the revival of the kind of labor lit that flourished in the 1970s. The last 40 years of globalization, automation, and the gutting of our labor laws has narrowed the focus of too many labor writers to questions of how workers can get enough hours at a high-enough minimum wage and with decent enough benefits to reverse an inexorable slide into poverty.

In the ‘70s, books like False Promises by Stanley Aronowitz or Barbara Garson’s All the Livelong Day, and especially Studs Terkel’s Working shined a light on the meaning that people struggle to find in their lives through their labor.

Interestingly, each of these books devoted some discussion to Lordstown, Ohio. That’s where General Motors had recently built a factory staffed with a bunch of hippies and Vietnam vets. These workers managed to turn the company’s pioneering “small car”—the Chevy Vega—into a notorious lemon through their protest campaign of wildcat strikes and sabotage. Despite generous and rapidly rising wages, the workers rejected not just the inhumane pace of the assembly line but also their alienation from any pleasure at being the cause of an actual car driving off at the end of production.

They wanted not just to slow down the pace of the assembly line, but to spend more time with each car as it was assembled. They wanted to experience more of the pleasure at being the cause.

Contrast all that with this juicy quote that Graeber digs up for what I don’t doubt was a sincere objection by President Obama to the push to expand Medicare for all:

Everybody who supports single-payer health care says, “Look at all this money we would be saving from insurance and paperwork.” That represents one million, two million, three million jobs [filled by] people who are working at Blue Cross Blue Shield or Kaiser or other places. What are we doing with them? Where are we employing them?

Absent a vivid socialist imagination, how can we justify all of these millions of office drones affording food, shelter, and clothing if we couldn’t make them spend 40-to-60 hours a week making every doctor and patient they deal with miserable and furious?

The closest contemporary cousin to Graeber’s book is Elizabeth Anderson’s Private Government, which questions why we surrender most of our constitutional rights at the boss’ doorstep and don’t even notice that we are doing it.

Like Graeber, she looks back at the value systems of the pre-industrial era and how they got twisted and confused during the revolutionary rise of capitalism and the nation-state. Anderson is a philosopher by training, and Graeber is an anthropologist—which highlights how important it is for labor studies to embrace its interdisciplinary nature.

Being an anarchist, Graeber is loath to suggest specific policy solutions. Still, he can’t help but talk about the policy that is most frequently advocated by the nerds who talk about the post-scarcity society: the universal basic income. Obviously, he sees value in decoupling the deservedness of food, shelter, and clothing from how one spends the majority of her waking hours. There simply isn’t enough useful work to go around for each of us to trade an hour for a loaf of bread.

The alternative progressive policy proposal—a federal commitment to full employment—is touted as more pragmatic and winnable. It’s a reasonable appeal to the god, mom, and apple-pie Calvinist work ethic. And, after all, there are a lot of roads and bridges that need to be rebuilt, a lot of child and elder care that should be compensated as the very real work it is, and well, who wouldn’t love to see a lot of WPA-style public artwork going up around the world? But, Bullshit Jobs should serve as a warning that a continued fidelity to the notion that one must work for one’s supper would likely condemn many of us to box-checking and duct-taping, as the machines take over and make most of us redundant.

[Shaun Richman is an expert on employment issues and author of the new Century Foundation report "Labor’s Bill of Rights."]