Dozens Claim a Chicago Detective Beat Them Into Confessions

A pattern of abuse. 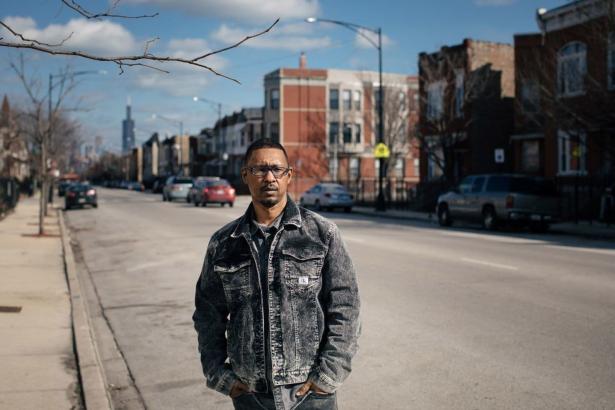 Patrick Prince, who was incarcerated for 26 years for a murder it was later determined he did not commit, stands outside his Chicago home in March. Prince alleges that a detective coerced his confession during brutal interrogations., Alyssa Schukar for The Washington Post

CHICAGO — Kevin Murray wasn’t sure how long he was in that small, windowless room. He didn’t have a watch, and there was no clock, just a table and two chairs. The sharp pain in his stomach from those first punches lingered.

He says the detective slammed his fists into his ribs. He describes repeated kicks to his chest, slaps to his face, karate chops to his neck. He says the brutal interrogation and hours alone in that room with no food or water for nearly two days pushed him to confess to slayings he did not commit.

Murray’s claims about his questioning inside a West Side Chicago precinct 30 years ago are at the center of his request for a new trial and a demand that a judge rule that he had been tortured while in police custody. Armed with new evidence he says proves his innocence, the 53-year-old longtime inmate is the latest among dozens of suspects to accuse a single Chicago detective of the same style of abuse, according to civil complaints, post-conviction relief petitions and complaints filed with the police department’s Office of Professional Standards. The suspects and their attorneys say the abusive interrogations led to false confessions, tainted trials and wrongful convictions, part of a systemic, age-old problem in Chicago’s police force.

“Some of them are really good and some of them are really bad and most of them are somewhere in between,” said Jim Mullenix, a former public defender who said he has represented defendants who accused retired detective Kriston Kato of abuse. “They get a case, they want to try to solve it. They think that defendants are going to lie, so they’ll say: ‘I know he did it. We just have to bend the rules ourselves to ensure that this guy gets convicted.’ ”

Police and prosecutors vehemently deny the accusations against Kato, arguing that convicts have concocted such allegations in an attempt to smear a talented investigator and win over authorities in bids to get out of prison. They say Kato is a victim of his success, a target because he was so effective.

Kato has many defenders, including former prosecutors who described him as an honest man wrongly accused and victimized by the criminals he had put away. Some have testified under oath that they met with Kato’s accusers and found no signs of abuse. They say he was a master interrogator who deserved every stellar job-performance review he had received during a 30-year career with the Chicago Police Department.