books The Socialist Imperative from Gotha to Now

Thinking about how the lessons of the 20th Century might inform a socialist vision for our times is the task the author of this book has set for himself. Reviewer Kai-Li Cheng offers an assessment. 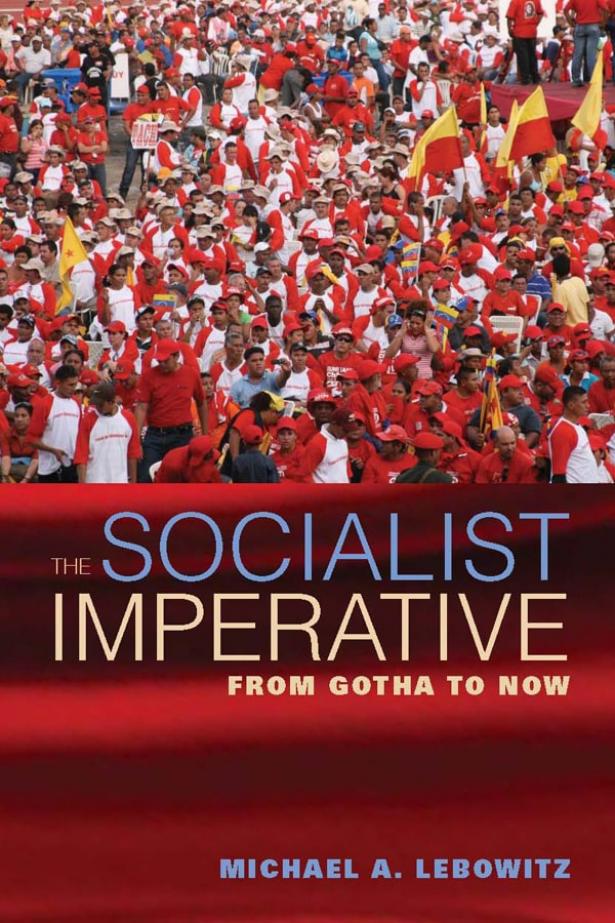 The Socialist Imperative: From Gotha to Now

During the past two decades, economist Michael A. Lebowitz has written a number of books, proposing to build socialism as a practical alternative. Lebowitz’s new book, The Socialist Imperative from Gotha to Now, is a continued project about proposing the building of socialism in the 21st century. The book is comprised of two parts; Part I is a critical review of the idea of socialism, the crisis of capitalism, and the ‘real socialism’ that once existed but ultimately failed to continue. Part II consists of some practical concerns, such as why we should view the working class as a revolutionary subject, what kind of democracy in socialism we are looking for and the role of the state in socialism. In brief, Lebowitz’s book attempts to establish a theoretical vision of socialism and the lessons from the experience of ‘real socialism’.

This book, although it is a collection of essays, has central concepts that penetrate the whole book. I shall start with ‘the concept of the elementary triangle of socialism’, social ownership of the means of production, production organised by workers’ councils, and production planned to meet communal needs (183–184). For Lebowitz, the fact is that the disastrous effects of capitalism on nature and human beings are not a sufficient condition of the realisation of socialism. In Lebowitz’s view, we need a vision of socialism and ‘the concept of the elementary triangle of socialism’ is that vision (135).

The second point of the elementary triangle of socialism － production organised by workers － concerns the democracy of socialism. Noted by Marx, Lebowitz is also critical of the atomistic freedom that appears under capitalism. In capitalist society, people can choose whatever one wants as a consumer; proponents of the free market praise the freedom that capitalism gives us. However, for Marx and Marxists, this is just an illusion. Under the surface, it is the dictatorship of capital and the domination of the market that allows such an illusion to gain traction. As an alternative, Lebowitz provides the metaphor of an ‘orchestra conductor’ to illustrate ‘the unity of individuals and the importance and necessity to coordinate those individuals’ (149). This metaphor suggests that everyone is an inseparable part of a larger entity. In practice, this form of democracy implies that everyone can join collectively as a participant to discuss and shape activity. More specifically, the socialist dream for the 21st century aims to advocate democracy in the workplace, the community and society. This version of democracy is far more radical than the liberal proposal which only demands democracy in the political domain.

The third point of the elementary triangle of socialism － production planned to meet communal needs － is the most important of Lebowitz’s ideas. For Lebowitz, both the first and second element should serve human development. Hence, when the means of production are controlled by all, this does not imply that everyone should care only about their own development and show no interest in others’ well-being. Similarly, when production is organised by workers, it should serve the development of their capacity. To fulfil their needs, everyone ought to follow Marx’s comments from the Critique of the Gotha Programme, that is, ‘From each according to his ability, to each according to his need’. When everyone’s full development of human capacity is taken into consideration, this may, as a result, ‘build solidarity’ and generate ‘socialist human beings’ (184). The three points of the elementary triangle of socialism are interdependent but jointly form a socialist structure. This is the vision of socialism that Lebowitz proposes.

However, Lebowitz’s book does not merely discuss theoretical issues but instead advocates paths regarding the transformation from capitalism to socialism. I shall note one of Lebowitz’s important ideas when considering this transformation. Marx’s idea of ‘revolutionary practice’ is mentioned and discussed several times in the book. This idea concerns ‘the simultaneous changing of circumstances and self-change’ (143). Workers, as the revolutionary subject, should struggle to change themselves not only within political and economic domains, but within every aspect of life. Workers, as a part of circumstantial conditions, cannot change the circumstance without changing themselves. Workers cannot wait for someone to change circumstances for them. Rather, workers should struggle to change the circumstances themselves in order to create a new world. What, then, motivates workers to struggle? As a response, Lebowitz thinks that the drive is the ‘worker’s own need for development’ (143). Since capital prevents workers from developing their own capacities, workers might then fight against capital as part of their own self-development. What is more, Lebowitz correctly notes that the proletariat not only refers to those exploited, but also to the excluded. Both groups are prohibited from accessing the means of production freely and thus cannot fully develop their capacity.

It is also worth mentioning Lebowitz’s interpretation of the Critique of the Gotha Programme, since both the title of book and its second chapter are concerned with it. Lebowitz provides a detailed introduction of the historical background of the Critique of the Gotha Programme, which is worth reading. From his interpretation, Lebowitz clearly has a deep grasp of the text. What is more interesting is his rejection of the standard understanding of the Critique of the Gotha Programme. The standard view holds that since the relations of production in both the lower and higher stages of communism are equivalent － with state ownership of the means of production － it is the productive forces that determine the difference between the two stages. In brief, the productive forces hold primacy over the relations of production. However, for Lebowitz, this view is misguided. As mentioned previously, the mere fact that the means of production are controlled by all does not guarantee the realisation of socialism. The idea of solidarity and community should be located at the core of socialism. Thus, for Lebowitz, both the productive forces and the relations of production are equally importantly (140). This is what the socialist experience in Yugoslavia illustrates and why a critical reflection on past experience is so important in reinventing socialism for the 21st century.

However, it is not clear how to distinguish Lebowitz’s view from forms of liberal egalitarianism since both put much effort in describing an ideal society without providing a concrete transition from the present to such a future. Lebowitz develops a detailed explanation of the triangle of socialism, among which the full development of human capacity is the central idea. Similarly, leading liberal egalitarians, such as John Rawls and Ronald Dworkin, also provide a specific metric for an equality of distribution among citizens and most liberal proposals also make reference to the full development of human well-being. I am afraid that exploring the idea of socialism to such a specific degree may turn our attention from the problems of capitalism toward questions of whose vision of a future society is better. More importantly, for Marx, there is no need to argue that socialism is better than capitalism in every aspect, even if it is. Rather, the point is that, in Marx’s view, socialism must stem from capitalism. Late in his life, Marx turns to political economy to unfold the logical functionality of the capitalist mode of production which implicitly ushers in the advent of socialism. This is how Marx differentiates himself from those utopian socialists via a scientific investigation of capitalism. Even if the radical ideas of ‘social ownership of the means of production’ and ‘production organised by workers’ are doctrines that distinguish Lebowitz’s proposals from those liberal egalitarians, it is arguably fruitless to give portrayals on what socialism will look like and dangerous to commit to a finalised idea of socialism, least when we are still in capitalism and socialism remains an open process. Lebowitz’s suggestions seem to be more appropriate for those who already have control over the means of production and are in the midst of discussing how it might be optimally organized.

This is a book combining an abstract reflection on the idea of socialism and an empirical reflection on ‘real socialism,’ which makes it suitable for those who are looking for an alternative to replace capitalist society. Lebowitz is very familiar with Marx’s texts and has a deep and coherent understanding of them. This book starts with the capitalist nightmare and the socialist dream and ultimately aims to end the system. As Lebowitz suggests, we should struggle to change ourselves and our circumstances and to fight for a better world of rich human beings and enriched nature.

Kai-Li Cheng is a PhD student in Politics and International Studies at the University of Warwick.