Forbes published piece Saturday showing how far privatization is being pushed - nationalize public libraries, along with public schools and the post office. After public backlash, two days later, Forbes took the story down. 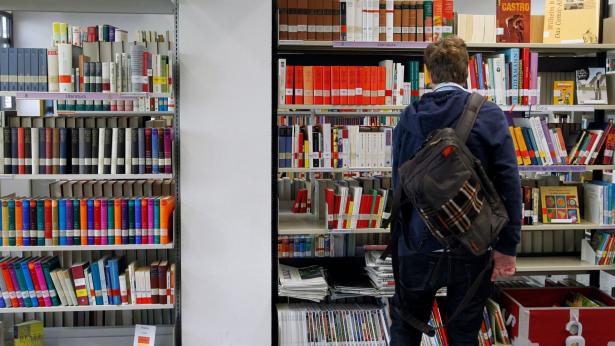 On Saturday morning Forbes published an opinion piece by LIU Post economist Panos Mourdoukoutas with the headline “Amazon Should Replace Local Libraries to Save Taxpayers Money.” It quickly received enthusiastic backlash from actual American libraries and their communities.

As of around 10am US eastern time this morning, the story had nearly 200,000 views, according to a counter on the page. As of 11am, though, the story’s URL has been down.

“Forbes advocates spirited dialogue on a range of topics, including those that often take a contrarian view,” a Forbes spokesperson says in a statement. “Libraries play an important role in our society. This article was outside of this contributor’s specific area of expertise, and has since been removed.”

In his article, Mourdoukoutas argued that local libraries are no longer useful. If libraries closed, he wrote, taxpayers would save money, and Amazon could open bookstores to provide those communities with physical books.

“[Libraries] don’t have the same value they used to,” the article argued. The functions of the library, Mourdoukoutas said, have been replaced: community and wifi are now provided by Starbucks; video rentals by Netflix and Amazon Prime; and books by Amazon.

“Technology has turned physical books into collector’s items, effectively eliminating the need for library borrowing services,” Mourdoukoutas wrote, despite the fact that print book sales from traditional publishing houses are steady. Mourdoukoutas also made the unsubstantiated claim that “some people have started using their loyalty card at Starbucks more than they use their library card.”

As critics have pointed out, the communities that would be hardest hit by libraries closing would be the underprivileged. Libraries provide free computers and internet access for students and people who can’t afford them at home. They also provide free ESL and reading classes; services for the elderly, college hopefuls, and entrepreneurs; and meals for kids at story time.

“The communities that would be affected the most would likely be low-income people, immigrants, and, really, the most marginalized among us,” says Paul Guequierre, director of communications for the Urban Libraries Council, a membership organization for North American public libraries. “[People] don’t have to buy a cup of coffee at the library,” he added.

Public benefit aside, would cutting public libraries save taxpayers a significant amount? The majority of a public library’s funding comes from state and local governments, not federal. According to a report(pdf) from the Ohio Library Council published last year, the state’s average library levy from 2013 to 2017 was 1.39 mills, a rate used in taxes that means $1.39 for every $1,000 in assessed property value. That’s around 2.5% (pdf) of Ohio’s average property tax rate, the eighth highest in the country last year. For the average homeowner in the state, that would have come to around $65 last year.

Across the country, if public libraries were to be cut and all funding were to be divided up among Americans, each person would get $36 back, says Richard Auxier, a researcher at the Tax Policy Center think tank.

[Thu-Huong Ha writes about books and culture for Quartz. She's also an executive producer of the annual TEDxNewYork conference and the author of the YA novel Hail Caesar. Previously she was the context editor at TED and a Fulbright grantee in Aksaray, Turkey.]