Medicaid authorities have launched a new attack on unions serving home healthcare workers. Make no mistake: This is nothing but another step in a 40-year attack on public employee unions. 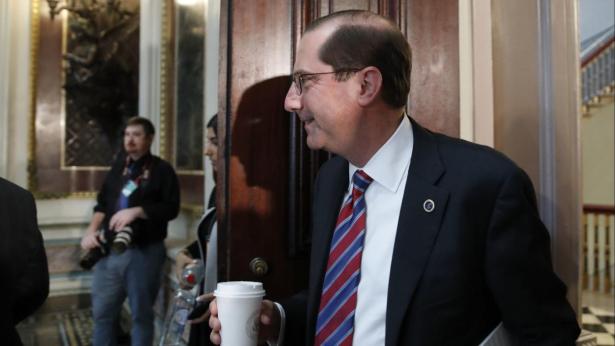 Rachelle Lewis, 66, spends about 60 hours a week caring at home for her 40-year-old daughter, who suffers from schizophrenia and a learning disability. For this Lewis receives $11.18 an hour via California’s Medicaid program, Medi-Cal. From that she pays a dollar a month for a union-sponsored healthcare plan.

Now she’s worried that this benefit, along with others she receives via the union, might disappear. That’s because Medicaid authorities have launched a new attack on unions serving home healthcare workers like herself, aimed transparently at depriving their unions of financial resources.

“If this goes through, that means I’ll have to find insurance elsewhere, and I can’t afford any other type of health insurance,” she told me. “Why is it that they’re only penalizing home healthcare workers?”

That’s a good question, and the answer appears to be: Because they think they can.

Fresh from victory in a Supreme Court case aimed at undermining public employee unions, the Trump administration has opened a new front in its war against those unions and their members — this time targeting some of the most vulnerable and low-paid Medicaid beneficiaries.

Home healthcare workers earn an average of about $11 an hour, barely higher than minimum wage, paid mostly through Medicaid. They’re engaged in backbreaking work with few benefits and unpredictable hours. Years ago, most such workers were family members like Rachelle Lewis caring for close relatives. But with the aging of the U.S. population, today the vast majority of these workers are employees on contract with public or private agencies.

“Homecare is an occupation—and one that is expanding rapidly,” a group of home healthcare experts told the Supreme Court in a friend-of-the-court brief last year. About 2.5 million people are engaged in the field now, they said, and it’s likely to double over the next decade.

Union organizing of these workers, which began in the 1960s, has brought them higher pay and benefits, better training and improved working conditions, while preserving labor peace. So it’s unsurprising that the administration would have its knives out for those unions. The workers themselves? They’re just collateral damage.

These deductions typically are made at the care providers’ request, and cover their own benefits.

“Home care workers have fought really hard to be even recognized as workers,” says April Verrett, executive vice president of local 2015 of the Service Employees International Union, which represents some 400,000 California home healthcare workers — predominately women of color. “And now that we are beginning to build power, the powers that be are trying to whittle away at their rights.”

Make no mistake: This is nothing but another step in a 40-year attack on public employee unions and their members. The attack finally bore fruit on June 27 when the Supreme Court outlawed “agency fees,” through which nonmembers typically paid for services they received from unions, such as contract negotiations and oversight of working conditions.

The effect of that decision will be to allow, even encourage, public workers to quit their unions, since that will allow them to stop paying union dues and relieve them from the cost of nonmember fees, too. The underlying goal of the right-wing backers of the lawsuit that produced the decision is to deprive unions of the resources they need for organizing and negotiating.

The CMS rule has precisely the same goal. One of the giveaways is the unseemly haste with which it’s trying to bull the regulation through. Rule changes of this nature typically are subject to a 60-day comment period; CMS is allowing only 30 days for this one. (The comment period ends on Aug. 13.)

That truncated schedule drew an objection from California Atty. Gen. Xavier Becerra, who observed in a July 23 letter to HHS Secretary Alex Azar that his agency issued its proposal “without any data that justifies the need for this rule in the first place or its impacts on home health care workers, beneficiaries, or states.” Becerra urged Azar to withdraw the proposed rule or extend the comment period for the full 60 days. Massachusetts Atty. Gen. Maura Healey filed a similar letter.

As Becerra notes, HHS conducted no economic analysis before issuing its rule. The agency did, however, offer a back-of-the-envelope estimate that as much as $71 million in annual union dues might be at stake.

Nothing in the proposed rule change would prevent workers from continuing to pay union dues or healthcare fees out of their own pockets, but of course the point of allowing direct deductions at the paycheck level is to make matters easier for the states, the benefit providers and the employees, and to ensure that no one inadvertently falls behind. Cynically, HHS says in its rule making document that it “lacks information to reliably estimate the proportion of homecare providers likely to stop making [union] payments versus those likely to continue making payments through alternative means.”

In California, SEIU dues for home health workers come to a maximum of $45 a month. In addition to the $1-a-month basic health insurance, dues-paying members can sign up for a dental plan for up to about $36 a month and vision coverage for about $6 a month.

If the government takes its responsibility to consider public comments seriously, it will run screaming from this rule change. HHS has logged 1,767 comments on the rule so far; of those, all but about a dozen are in opposition. Most of those are form letters, but even so they swamp the comments in support.

For its proposed regulation, the agency ginned up a transparent rationale without bothering to support it with any legal research. It says it’s concerned that the 2014 rule is “overbroad”— that is, that states may be making deductions that don’t conform to the Medicaid law. But it offers nothing but conjecture for that suspicion.

There are no signs that home healthcare workers are clamoring for relief or claiming that they’ve been shortchanged. Indeed, the deductions typically are made at their request. Indeed, Medicaid’s rules governing deductions originally were designed to keep collection agencies from trying to garnishee individuals’ reimbursements, not to prevent the workers from having deductions made for their own benefits.

The government’s hiding behind legalisms shouldn’t obscure what it’s really up to: layering new difficulties for now discernible reason on people who can barely afford what they’re shouldering now, and make sure they can’t make the sort of gains that come from collective action.

“All we’re asking for is dignity,” Lewis told me. “We have had to fight for every little inch we get. We’ve had to lobby, and give up our time. They didn’t give it to us because they wanted us to have it.”