A book posits that widespread oppression at work is a failure of America’s political system. 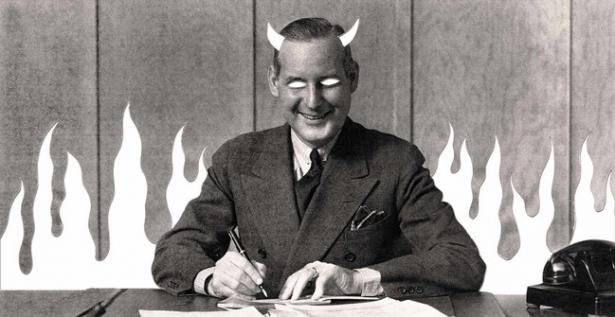 In 2011, the Morning Call of Allentown, Pennsylvania, published an exposé about the working conditions at a local Amazon warehouse. That summer, temperatures inside the warehouse had risen above a hundred degrees; managers, citing concerns about theft, had refused to open the doors for ventilation, instead stationing ambulances outside so that employees could be hospitalized if they collapsed. Job applicants, desperate for work, lined up to replace the fallen.

Stories like this are surprisingly common, Elizabeth Anderson writes, in “Private Government: How Employers Rule Our Lives (And Why We Don’t Talk About It)”; in fact, they characterize life for millions of Americans. Anderson reports that audits by the Department of Labor have found “sweatshop-like conditions” in ninety-three per cent of the garment factories in Southern California. In many poultry plants, employees are denied bathroom breaks and must wear adult diapers. Forty-one per cent of workers have unpredictable schedules, with employers summoning and dismissing them at will; ninety per cent of restaurant workers say that they have been sexually harassed; millions of employees are subject to drug screening without cause. According to some studies of wage theft, as much as fifty billion dollars is stolen from workers every year by employers who simply refuse to pay. After the Morning Call article, Amazon spent fifty-two million dollars to install air-conditioning in its warehouses, but, strictly speaking, nothing about that overheated warehouse (or those hyper-efficient poultry plants) is illegal. In general, workers are seen as consenting adults who have entered into mutually satisfying agreements with their employers. Because employees can quit at any time, bosses are free to treat them more or less however they want.

In “Private Government,” Anderson explores a striking American contradiction. On the one hand, we are a freedom-obsessed society, wary of government intrusion into our private lives; on the other, we allow ourselves to be tyrannized by our bosses, who enjoy broad powers of micromanagement and coercion. Anderson believes that many American workers are constrained by rules that would be “unconstitutional for democratic states to impose on citizens who are not convicts or in the military.” She estimates that more than half are “subject to dictatorship at work.” In “Private Government,” she asks whether this might be a failure of our political system—a betrayal of America’s democratic promise.

Anderson, a philosopher at the University of Michigan and one of the foremost philosophers of egalitarianism, puts today’s exploitative bosses in a broader context. She explains that, whether you’re a C.E.O., a mayor, or the head of a campus commune, there are two ways of being in charge. If you exercise “public government,” you allow the people you rule to have a say in how they are governed; if you wield “private government,” the rules are not up for debate. In public government, decision-making is everybody’s business—the government “belongs” to everyone, like a public park. In private government, it belongs to the governor, as his or her private possession. When parents say that their rules exist “because I say so,” they are exercising private government over their children. By contrast, our democracy is a public government, in which citizens have a say over the content of their laws.

For most of history, Anderson writes, almost all government was private. The state was a private government: the decision-making process belonged to the king. In addition, private government was wielded by husbands over wives, guilds over artisans, masters over apprentices, and churches over the faithful. (A woman’s property became her husband’s once they married, for example.) In Anderson’s view, Adam Smith, Thomas Paine, and other eighteenth-century advocates of the free market were really enemies of private government. They owed many of their ideas to the Levellers, seventeenth-century English activists who rebelled against the master-and-servant hierarchies surrounding them. In early modern England, for example, guilds “operated their own court system, under which they routinely tried, fined, and jailed” members who sold goods at prices or times other than those allowed by the guild. The economy was dominated by state-granted monopolies over printing, preaching, foreign trade, and other activities. “Anti-enticement” laws prevented employers from offering jobs to other people’s employees; many workers were trapped in their jobs as indentured servants or apprentices. In this context, the free market wasn’t just efficient but egalitarian. It promised to usher in a new age of “masterless men”—self-employed farmers, traders, and tradesmen who answered to no one.

In the years between the American and industrial revolutions, the growth of the free market succeeded in pushing back the borders of private government. Large numbers of white men became their own bosses, running small businesses or managing family farms outside the hierarchies of guilds or feudal allegiances. Later, though, with the rise of manufacturing and the corporation, the trend reversed. In 1776, when Smith published “The Wealth of Nations,” he began his book by envisioning a “pin factory” with just eight workers; Smith and his contemporaries could never have imagined that, in 1913, the Ford Motor Company would hire fourteen thousand people to manufacture its Model T, or that it would police those employees with a quasi-governmental “Sociological Department” that performed unannounced inspections of their houses. (“Workers were eligible for Ford’s famous $5 daily wage only if they kept their homes clean, ate diets deemed healthy, abstained from drinking, used the bathtub appropriately, did not take in boarders, avoided spending too much on foreign relatives, and were assimilated to American cultural norms,” Anderson writes.) The rise of large factories and corporations created a new environment in which private government could thrive.

Contemplating the return of private government, Anderson asks, “Why do we not recognize such a pervasive part of our social landscape for what it is?” She argues that we no longer think carefully about the distinction between “public” and “private.” We seem to have forgotten that private government exists; we believe, incorrectly, that “the state is the only form of government.” Because corporate tyranny takes place in the so-called private sphere, it seems to us like a niche problem for the labor movement, not a civic problem with broad implications for our society, on par with gerrymandering or the rise of the surveillance state. At the same time, we see the corporate world through an eighteenth-century lens. To large corporations, we lend the liberatory aura that, in Smith’s day, surrounded small businesses. This allows C.E.O.s to “think of themselves as libertarian individualists,” even though they are more like “dictators of little communist governments.”

Even worse, we think of workers the way Smith did—as empowered free agents who, if they don’t like a job, can simply walk away from it. In surveying the economics literature, Anderson finds that economists often cite workers’ ability to quit as proof that companies have no real power over their employees. “This is like saying that Mussolini was not a dictator, because Italians could emigrate,” she writes. It’s absurd, she argues, to imagine that “wherever individuals are free to exit a relationship, authority cannot exist within it.” Many employees, such as the developer at Uber who was subjected to sexual harassment, struggle to contest their treatment from within obstructionist corporate bureaucracies; in an increasing number of industries, non-compete clauses—the modern version of anti-enticement laws—make changing jobs prohibitively difficult. Anderson points out that such agreements now exist for “jobs such as sandwich maker, pesticide sprayer, summer camp counselor, and hairstylist.” Anyway, for many workers, there is nowhere to emigrate to. Especially at the lower end of the income scale, bad working conditions are so pervasive that switching jobs just means trading one bad boss for another.