The great mystery to me, is why the play was a failure. Originally it ran for only 3 days, and then closed. Hellman was responding to an all-too-common ethical dilemma that persists down to today. Her own sympathies lay with the striking workers. 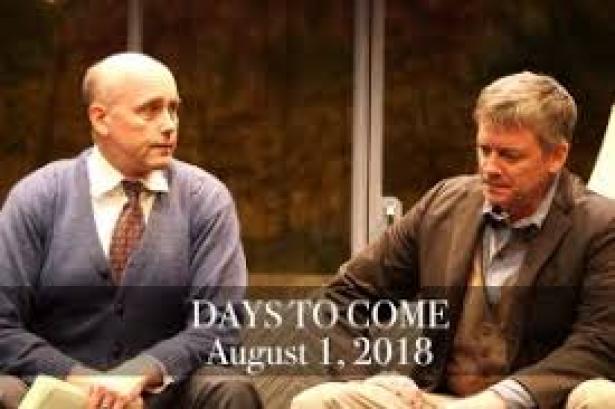 In 2017, Sweat won the Pulitzer Prize for Drama. Playwright Lynn Nottage based her play on interviews with steelworkers in Reading, Pennsylvania, conducted in 2011, at a time when the U.S. Census Bureau officially ranked Reading as one of the poorest cities in America.  Nottage cast her factory worker characters against a background of job cuts, poverty and downsizing.

Major dramatists such as Clifford Odets (Awake and Sing; Waiting for Lefty) and Arthur Miller (A View from the Bridge) have similarly centered plays on the lives of working-class characters. Another of the 20th century’s major playwrights, Lillian Hellman, wrote Days to Come that briefly played on Broadway in 1936. It came several years after her first major success, The Children’s Hour, and focused on labor strife in a small Midwestern town.

Many of Hellman’s plays have been revived on Broadway over the years, some multiple times, but not Days to Come – until now. For the first time in 82 years, Days to Come returns to a major New York theater when the Mint Theater Company will stage a production at the Beckett Theater. Previews begin on August 2nd  and opening night is August 26th, with a run that’s scheduled to go through September 30th.

The historian Alice Kessler-Harris, author of a major study on Hellman (A Difficult Woman: The Challenging Life and Times of Lillian Hellman), recently shared her thoughts about the themes of the play.  Though at the time, Days to Come was a critical and box office failure, the play is interesting for what it has to tell us about labor-management relations in a different time. The Mint Theater Company has invited Kessler-Harris to give a talk about Hellman and the play to the Days to Come audience after the September 20th matinee performance.

“Days to Come starts in the middle of a long-running strike, and the very first scene reveals the household servants of the factory owners’ family supporting the strikers with both money and loyal support. The critique of the servants foreshadows the criticism of the townspeople who do not understand why the owners will not settle the strike. Within the family, the son, who has run the factory since his father died, wants to settle, while the daughter, concerned for profits, takes a harder line. The widowed mother, in contrast, worries that the town folk will isolate her. These intra-familial divisions provide the dynamism that move the play forward.”

“The great mystery to me, is why the play was a failure. It ran for only 3 days, and then closed. And yet Hellman was responding to an all-too-common ethical dilemma that persists down to today. Her own sympathies lay with the striking workers. The family divisions (and the loss of happiness when the daughter falls for a union leader) are for her a byproduct of mismanaged personnel relations. When manufacturers placed their search for profits above solidarity with their workers and their families, they destroyed the class solidarity that had made them successful in the first place. Hellman fully understood that social institutions like churches and schools were all part of a mosaic that, together, could create prosperity. In Days to Come, the mosaic shatters when family members cease to understand the centrality of community. In this respect, the play foreshadows the shift in corporate responsibility from community to profits that is the mark of the 1950s’ corporate culture.”

“I think that the play not only predicts how conservative the labor movement was to become, but also predicts the trajectory of American corporate life. I suppose that is an inevitable consequence of juxtaposing the interests of the corporation against those of the workers. Workers required trade unions that had sufficient power to confront their bosses. These increasingly bureaucratized unions faced employers who earlier might have aligned their interests with those of their workers. By the 1950s, even the courts began to declare that corporations had an obligation to place the interests of their stockholders ahead of their responsibilities to the communities in which they were located. In some sense, Hellman predicted the unfortunate consequence of placing profits above cooperation.”

“In my view, this great play falls apart, not because it is wrong-headed, but because to make her point, Hellman adopted a melodramatic style that was unconvincing in 1936. I would love to have seen how Hellman might have played out the themes she develops here in a play located in the 1970s. That’s the decade in which corporations replaced strike-breaking with a tactic of simply moving manufacturing overseas. The tactic left workers without resources—helpless to object—and unable to protest effectively. Community after community was thus destroyed by the simple abdication by corporations of any responsibility to the communities that had supported their growth. Hellman might have written a great play about that process.”

[Jane LaTour has been a blue collar worker, a union organizer and a labor writer for many years. She is the author of Sisters in the Brotherhoods: Working Women Organizing for Equality in New York City and is currently working on a book about rank and file union reformers and insurgents.]