Election board proposes shutting down seven of the nine polling locations in an overwhelmingly black rural county not long after Democrats nominated Stacey Abrams, an African American woman, as their gubernatorial candidate. 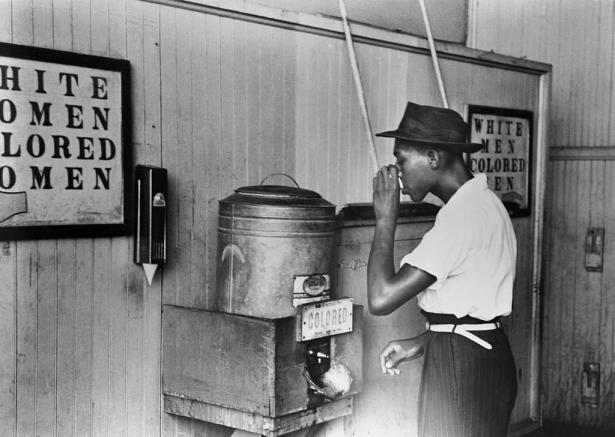 A Georgia election board proposed shutting down seven of the nine polling locations in an overwhelmingly black rural county. It’s the sort of blatantly illegal idea that would have been swiftly dismissed by federal courts in an age when an openly racist president was not appointing judges to the federal bench.

Nevertheless, there is a very real risk this plot could succeed if Judge Brett Kavanaugh is confirmed to the Supreme Court.

According to a letter from the ACLU of Georgia to the Randolph County Board of Elections, over 60 percent of the voters in this county are African American — and one of the polling places the board may close “serves a 96.7% black population.”

Meanwhile, nearly a quarter of Randolph County residents do not own cars, meaning that many of these voters could have to walk more than 3 hours to get to a polling place. Even voters with car could have to drive 10 to 20 minutes to reach a polling place under the board’s proposal.

The board also released this proposal not long after Democrats nominated Stacey Abrams, an African American woman, as their gubernatorial candidate.

Under the Voting Rights Act, election officials may not take an action that “results in a denial or abridgement of the right of any citizen of the United States to vote on account of race or color.” Thus, the ACLU could potentially prevail in a lawsuit against the election board if it shows that closing seven of Randolph County’s nine polling places will have a disparate effect on black voters, even if they cannot prove that the board acted with racist intent.

Yet it is likely that, if Judge Kavanaugh is confirmed, there will soon be five votes to gut this provision of the Voting Rights Act. As a young lawyer, Chief Justice John Roberts opposed President Reagan’s decision to sign this provision of the Voting Rights Act into law in 1982. More recently, during oral arguments in a 2015 housing discrimination case, Roberts implied that civil rights laws which allow plaintiffs to prevail without showing that lawmakers acted with racist intent are unconstitutional.

Only three of Roberts’ colleagues agreed with his effort to gut the Fair Housing Act in that 2015 case, but Kavanaugh is likely to be the fifth. And the principle that Roberts articulated in that oral argument could easily extend to the Voting Rights Act.

The ACLU’s letter also cites evidence that the board’s proposal is driven by racist intent. Among other things, according to the ACLU, the Board has not complied with its ordinary procedures, nor has it complied with public records laws during the ACLU’s investigations into the Board’s motives.

Yet proving racist intent could also be difficult. Last June, in Abbott v. Perez, the Supreme Court held that lawmakers enjoy an extraordinary presumption of white racial innocence when they are accused of acting with racist intent.

Perez is a very different case than the one in Randolph County. It involved the state of Texas’ efforts to enact a racial gerrymander and to immunize parts of that gerrymander from judicial review. So it is possible that the Supreme Court will see this discriminatory scheme planned by the county election board differently.

At the very least, however, Perez suggests that any plaintiff trying to convince this Supreme Court that white policymakers acted with racist intent have a very tough hill to climb.

If Randolph County’s election board ultimately succeeds with this scheme, moreover, their tactic is likely to proliferate. If one county can get away with disenfranchising black voters through poll closings, other Republican states and GOP-controlled election boards are likely to engage in copycat tactics.

Black voters may soon need to go to extraordinary lengths to cast a ballot, while white voters will be able to just stroll into a nearby polling place and vote without much effort.

Ian Millhiser is the Justice Editor for ThinkProgress, and the author of Injustices: The Supreme Court's History of Comforting the Comfortable and Afflicting the Afflicted.

ThinkProgress has launched a membership program to help fund our work. If just a small percentage of our readers chip in a few dollars each month, we’ll be able to do more to hold the administration and their allies accountable. If you invest in us, we also want to invest in our relationship with you. We’ve created a members-only email list where you can hear from ThinkProgress writers and editors, send us your ideas for stories, and get updates about the impact of your support.