My $200,000 Debt Should Not Disqualify Me for Governor of Georgia

I am in debt, but not alone. Debt is a millstone that weighs down more than three-quarters of us. It can determine if we are able to run for office, launch a business, or quit a job we hate. It should not—and cannot—be a disqualification for ambition 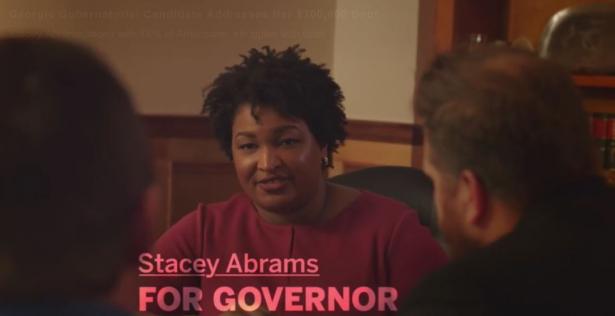 One of the traditional rites of passage for political candidates is the revelation of financial status–a catechism-like recital of money mistakes made and debts owed. As a candidate for governor of Georgia, I have spent the past few weeks dealing with the fallout from my personal financial disclosure report. As everyone following the race now knows, I owe the IRS over $50,000 in deferred tax payments (I am currently on a repayment plan) and hold more than $170,000 in credit card and student loan debt.

I am in debt, but I am not alone. Debt is a millstone that weighs down more than three-quarters of Americans. It can determine whether we are able to run for office, to launch a business, to quit a job we hate. But it should not—and cannot—be a disqualification for ambition.

I grew up one of six children with working class parents in the Deep South. My mother was a college librarian and my father worked in a shipyard. I never saw them balance a checkbook, but they kept a roof over our heads and got all six of us into college. I went on to Yale Law School, and eventually landed my first law firm job, where I made $95,000—three times what my parents made, combined.

But despite earning nearly six figures, my financial situation was fraught. I had racked up student loans, and throughout college and beyond, I’d swiftly turned every credit card application into those magical slivers of plastic that allowed me to pay for daily necessities. I finished my higher education deeply in debt and with seven years of bad credit in my future. Using my law firm salary, I started to pay down my credit cards and make student loan payments.

I’d love to say that was the end of my financial troubles, but life had other plans. In 2006, my youngest brother and his girlfriend had a child they could not care for due to their drug addictions. Instead, my parents took custody when my niece was five days old.

Underpaid, raising an infant, and battling their own illnesses, my parents’ bills piled up. I took on much of the financial responsibility to support them, and even today remain their main source of financial support.

Paying the bills for two households has taken its toll. Nearly twenty years after graduating, I am still paying down student loans, and am on a payment plan to settle my debt to the IRS. I have made money mistakes, but I have never ignored my responsibilities; I will meet my obligations—however slowly but surely.

I suspect my situation will sound familiar to others who are the first in their families to earn real money. Money dictates nearly step of social mobility from the very first moments of life. How much our parents make often determines whether we go to college. It affects the jobs we get offered and the ones we can afford to take. If the goal is entrepreneurship, good luck getting access to the capital you need to build a business. Even with a well-paid job, we often live paycheck to paycheck.

Race and gender play a major role in determining just how big of a financial disadvantage we’re likely to face. In 2013, the average wealth per U.S. household was $81,000. But dig into the numbers and a clearer picture appears: White families averaged $142,000 in wealth, Latinx households came in at $13,700, and black families brought up the rear at $11,000. Asian Americans are closer to whites than other people of color, but they still lag. The combined effects of discrimination in labor, housing, and education have compounded the struggle for wealth among communities of color.

The woman’s wage gap, meanwhile, is real: In 2016, women working full-time were generally paid only 80% of what men received. That missing 20% becomes almost 40% for black women and nearly half for Latinas. Achieving wealth after losing a such a significant portion of your earning power can hobble even the most focused woman’s economic plans.

The takeaway: The difficulty of catching up and moving forward isn’t all in your head. Systemic biases, legacy barriers, and current explosions of inequality conspire to undermine wealth generation among minorities, and especially women in these communities. But, as with all obstacles, our obligation is to acknowledge they exist and then fight like hell to circumvent them.

So, what can we do right now? First, ask yourself about your personal relationship with money and the claims that are being made on your resources. Are you doing more than you should to support others? Do you have a choice? You may not like the answers, but it’s important to understand the reality of the situation. From there, dedicate yourself to building your financial knowledge. The more you know, the more confidence you’ll have to make smart money decisions. Yes, we all still make money mistakes—but they don’t have to be fatal to our dreams.

[Stacey Abrams is a Democrat running for governor of Georgia. If elected, she would become the first-ever black female governor of any state. Her new book is Minority Leader: How to Lead from the Outside and Make Real Change.] 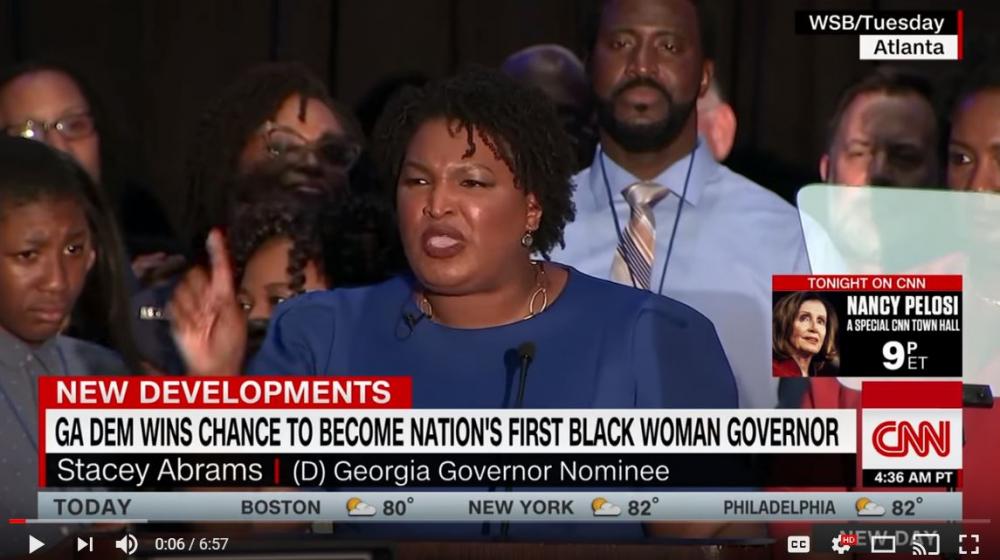 Hear the full speech Stacey Abrams gave to her supporters after declaring victory in the democratic primary for Georgia governor.
CNN - May 22, 2018