From Mollie Tibbetts to Andrew Gillum - Overt Racism: the Daily Shared Currency of Trump and Ultra Right 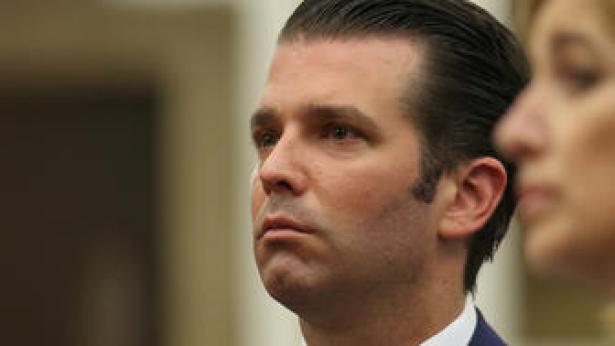 The father of slain University of Iowa student Mollie Tibbetts lashed out Saturday at those who are using her tragic death to promote their own political agendas. To do so is “despicable” and “heartless,” Rob Tibbetts wrote, throwing Donald Trump Jr.’s own words back at him in an opinion piece in the Des Moines Register.

Tibbetts said the family was “grateful” to those who respected their pleas to not turn his daughter’s death into a political confrontation.

“Sadly, others have ignored our request,” he wrote. “They have instead chosen to callously distort and corrupt Mollie’s tragic death to advance a cause she vehemently opposed.”

Mollie Tibbetts, 20, was found dead earlier this month after she went for a jog in Brooklyn, Iowa, in July. Authorities have said the man accused of abducting and killing her is an undocumented immigrant from Mexico.

President Donald Trump — who has not contacted the Tibbetts family to offer condolences — immediately posted a video about Mollie’s death on Twitter, saying: “We need the wall ... we need our immigration laws changed.” He also referenced her death to push his anti-immigrant views at a West Virginia rally.

While Rob Tibbetts wrote that he encourages debate on immigration, he added: “Do not appropriate Mollie’s soul in advancing views she believed were profoundly racist. The act grievously extends the crime that stole Mollie from our family and is, to quote Donald Trump Jr., ‘heartless’ and ‘despicable.’”

Trump’s eldest son wrote an op-ed piece that appeared in the same newspaper Friday — after family pleas not to politicize Mollie’s death — blaming Democrats for her homicide, calling her a “casualty of the left’s love for open borders.” Trump Jr. called Democrats “heartless” and “despicable.”

Mollie is not a “pawn in others’ debate,” Tibbetts wrote, calling his daughter his “best friend” who had an “extraordinary life.”

She “may not be able to speak for herself, but I can and will. Please leave us out of your debate. Allow us to grieve in privacy and with dignity. At long last, show some decency.”

He added: “As I write this, I am watching Sen. John McCain lie in state in the Capitol Rotunda and know that evil will succeed only if good people do nothing. Both Mollie and Sen. McCain were good people. I know that both would stand up now and do something.”

The person who is “accused of taking Mollie’s life is no more a reflection of the Hispanic community as white supremacists are of all white people. To suggest otherwise is a lie,” Tibbetts wrote.

To the Hispanic community, he added: “My family stands with you and offers its heartfelt apology. That you’ve been beset by the circumstances of Mollie’s death is wrong. We treasure the contribution you bring to the American tapestry in all its color and melody.”

Tibbetts noted that his stepdaughter — whom “Mollie loved so dearly — is Latina. Her sons — Mollie’s cherished nephews and my grandchildren — are Latino. That means I am Hispanic. I am African. I am Asian. I am European. My blood runs from every corner of the Earth because I am American. As an American, I have one tenet: to respect every citizen of the world and actively engage in the ongoing pursuit to form a more perfect union.”

Tibbetts said in an interview with the Des Moines Register that he was compelled to compose the column after he read what Donald Trump Jr. had written.

The president’s son could not immediately be reached for comment.

Tibbetts also informed the newspaper about an appalling robocall he received at home from a neo-Nazi website calling the Tibbetts traitors to their race. It claimed if Mollie could be brought back to life, she would say of immigrants, “Kill them all.”

“It was unbelievably painful,” recalled Tibbetts, who said his wife, Kacey Auston-Tibbetts, became physically ill when she heard the call. “It was everything that’s dark and wrong in America right now.”

Robocalls against Democratic gubernatorial nominee Andrew Gillum that say they were paid for by a neo-Nazi group in Idaho are going out to voters in Tallahassee.

The automated calls are narrated by someone pretending to be Gillum and using an exaggerated minstrel dialect with jungle noises in the background. The calls end with a  disclaimer that they were funded by The Road to Power, an anti-Semitic, white supremacist website and podcast linked to Scott Rhodes of Sandpoint, Idaho.

According to the Des Moines Register, a sister paper of the Tallahassee Democrat, the group has been linked to other robocall campaigns in Charlottesville, Virginia, Oregon and California.

Terry Kant-Rauch, a Tallahassee realtor, received one of the robocalls this morning in the voice mail of her cell phone. Kant-Rauch, a Democrat who happens to have a biracial daughter, became emotional after hearing it, she said.

“Campaign on the merits,” she said, “not on the color of his skin.”

Geoff Burgan, communications director for Gillum's campaign, responded by saying, "This is reprehensible — and could only have come from someone with intentions to fuel hatred and seek publicity. Please don’t give it undeserved attention."

The Democrat chose not to publish the audio because of its blatantly racist and offensive content. The call came from a phone number in Tallahassee with a 222 prefix.

The Democrat left a message for Rhodes, who also goes by the name Scott Platek, according to the Register. He did not immediately return the phone call.

The Register reported earlier this week that robocalls from The Road to Power were going out using the death of Mollie Tibbetts to promote white supremacist messages. Tibbetts, a University of Iowa student, disappeared July 18, and her body was discovered more than a month later. So-called alt-right groups have attempted to capitalize on her killing because the suspect is an undocumented immigrant from Mexico.

The Ron DeSantis campaign sent out a statement after news broke, condemning the robocall as "absolutely appalling and disgusting"

"And hopefully whoever is behind this has to answer for this despicable action. Our campaign has and will continue to focus solely on the issues that Floridians care about and uniting our state as we continue to build on our success," said Stephen Lawson, communications director for the campaign.