Led by people directly impacted by imprisonment, organizations in California have been building on the growing national momentum to end the money bail system. 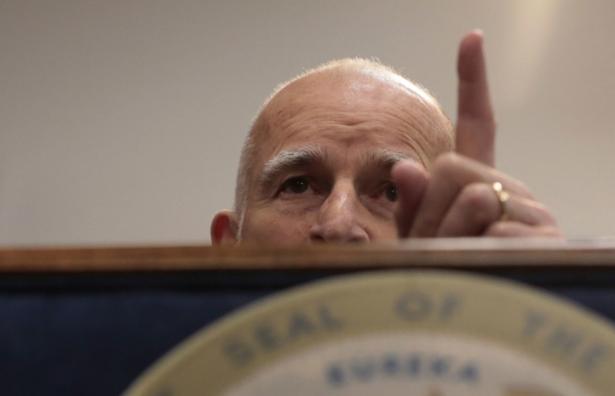 While organizations ranging from the San Francisco Public Defenders to the Essie Justice Group (a community of women with imprisoned loved ones) initially sought to accomplish this through Senate Bill 10 (SB 10), a piece of state legislation that as initially drafted would do away with money bail, these organizations plus 50 other legal and community-based groups have pulled their support for the bill within the last week. The growing opposition cited concerns that the governor-supported and ultimately signed version will make it harder for people to get released and create more conditions of release, thus resulting in a larger jail population as well as heightened surveillance of pre-trial defendants in community.

The organizations that ceased supporting SB 10 continue to stand in opposition to the parasitic bail bonds industry, which has fought tooth and nail to maintain its profits, but the two warring groups — anti-imprisonment organizations and bail industries — ended up technically on the same side of the issue, with both wanting SB 10 to fail. This turn of events serves to expose the central problem as pretrial imprisonment and punitive government policy rather than money bail and the bail bond industries.

While bondsmen emerged as villains in the media, behind the scenes lawmakers quietly and gradually eroded the bill’s substance. Though earlier versions of SB 10 would not have completely eliminated pretrial imprisonment, the bill would have taken concrete steps to reduce the number of people held before trial by creating a very restricted standard for allowing pretrial detention and releasing people with fewer conditions. However, the version backed by and signed into law by Gov. Jerry Brown merely replaces one form of pretrial imprisonment with another by focusing on ending money bail — while simultaneously giving judges enhanced discretion to detain, adding funding to probation departments for increased surveillance, and mandating the use of algorithm-based risk assessments to predict an individual’s future actions. SB 10, in its gutted version, is a liberal reform that will indeed eliminate money bail, providing cover for lawmakers to replace the bail system with an ulterior motive of expanded imprisonment. In essence, it will do away with the profit motive of the bail industry without guarantees of reducing the numbers of people detained pretrial in California’s jails. Given the bill’s provisions for expanding judicial power alongside the implementation of racist risk assessment tools, we can anticipate that more – not fewer – people will be locked up pretrial. And we can certainly anticipate that those people will overwhelmingly be Black, Brown and working class.

SB 10 might release some people jailed pretrial on low-level charges, however will likely widen the net of imprisonment. Meanwhile, those who get out will be released into the tentacles of a growing probation and electronic monitoring system that would surround these people — as well as their families and communities — with heightened surveillance and mechanisms of control. Whereas probation departments are currently primarily responsible for people being released from jails, this bill will expand their scope to include massive monitoring of people not yet convicted.

The current direction of SB 10 is only one sliver of the shifting landscape of imprisonment driven by both “tough on crime” and liberal politicians. In the case of California over the last decade, state lawmakers have paved a path toward the expansion of local jail systems with all but a handful of counties currently renovating, rebuilding, expanding or building new jails. This came as a response to a 2009 federal court ruling against over-crowding in the California prison system that forced a population reduction plan. It is no surprise that Governor Brown — who in his first gubernatorial stint in the 1970s helped set the stage for California’s prison boom — is proposing a new policy that will serve to keep these county jails open and filled. Now organizations waging campaigns across the state to reduce imprisonment and stop jail expansion are fighting tooth and nail against what was intended to be a useful reform.

The story of SB 10 is a familiar one of policy reform gone haywire, with politicians manipulating community interests towards political gain in a final gut-and-amend maneuver. As movements fight to scale back the reach of the prison-industrial complex, the shift from victory to potential loss is a harsh reminder of the nature and aims of imprisonment. Imprisonment enforces social control in order to uphold economic, racial and social orders for the state to function as designed; that some private entities are able to make a profit by exploiting this enforcement of social control is merely capitalizing on its function, and not the cause of imprisonment. Thus, reforms that attack private profit as their end goal but do not target the state or its capacity to cage people are even more prone to result in mere shifts to the shape of imprisonment, rather than steps towards its dismantlement. By anticipating these kinds of maneuvers and in response to longstanding state reforms, some organizations such as the Chicago Community Bond Fund (CCBF) have emphasized abolitionist reforms through their campaigns with the ultimate goal of ending pretrial imprisonment rather than ending money (or “cash”) bail. While no friend to the bail industry, organizations such as CCBF focuses framing and long term strategies on ending pretrial imprisonment — thereby hammering slowly and steadily against the state as the driver of imprisonment, rather than the bondsmen who mostly just stand to make a buck.

Bail industries came out in full force against SB 10 and, driven by their own economic interests, will continue to oppose such legislation. Industries such as these will consistently lobby for “tough on crime” policies and other measures that will increase imprisonment as long as the state provides an arena for their profit. However, eliminating the incentives for corporate profit will not eliminate the state’s need and interest in growing and maintaining the prison industrial complex. Rather, it will result in a hardening of these functions within the public sector (i.e., the state) — a losing game for communities most targeted by imprisonment, courts, policing and surveillance.

The story of SB 10 is a familiar one of policy reform gone haywire, with politicians manipulating community interests towards political gain.

SB 10 highlights an important example of why those of us fighting against imprisonment must continue to be resolute in fighting for abolitionist reforms that target the state as drivers of the prison industrial complex and attack the root of the issue. Liberal reforms to imprisonment are a bait-and-switch that position democratic politicians as heroes in the public eye while they simultaneously imprison more people.

Communities aren’t falling for it this time. Efforts for reforming or abolishing money bail must include investments in alternatives to imprisonment that are not reliant on probation or surveillance, come with political commitment to shrink and close jails, and work to reduce community surveillance and law enforcement control rather than use them as replacements.

Mohamed Shehk is Media and Communications Director of Critical Resistance, a national organization working to abolish the prison industrial complex.

By subscribing to Truthout’s daily newsletter, you’ll never miss a story. Our daily emails give you the top headlines of the day from Truthout’s reporters and leading progressive thinkers, as well as the best reprints from other independent news sources, plus links and commentary from Buzzflash.