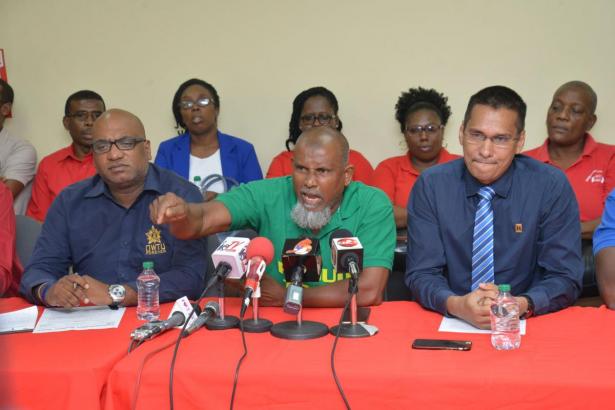 Amid a Worsening Situation for Workers’ Rights, an International Union Chief Speaks Out

Some of the world’s worst offenders are key Western allies – like Saudi Arabia, Turkey, and Colombia.

Various union leaders said they stood in solidarity with the oil workers who have lost their jobs.

For followup on the Ryanair strikes, see Ryanair Signs Its First Union Deal

Massive rally on September 5 to hit out at neoliberal economic policies, communal agenda, authoritarian attacks by the BJP government.

A statement from the president of Los Mineros (the National Union of Mine, Metal, Steel, and Related Workers of the Mexican Republic).

__________
Canada: Will the Ontario Labour Movement Return to Class Struggle as Austerity Deepens?

Effectively fighting back as a class must include preparing, organizing and mobilizing for political strikes.