If Trump Shot Michael Cohen in Broad Daylight, Here's What Republicans Would Say

You can just imagine the tweets, denials and equivocating that would follow a murder committed by Trump on Fifth Avenue, can’t you? 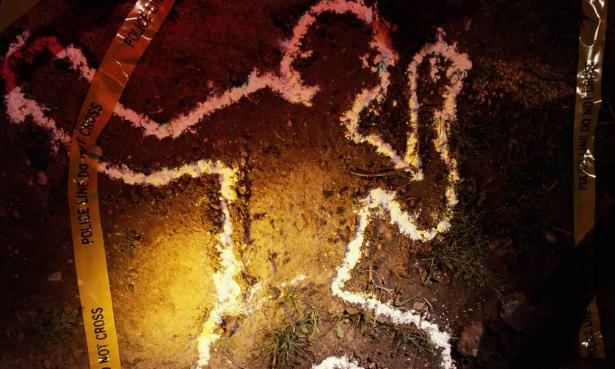 ‘It’s not quite as far fetched as it seems, is it?’, Chip Simons/Getty Images

Breaking news: in an eerie echo of Donald Trump’s infamous campaign trail remark – “I could stand in the middle of Fifth Avenue and shoot somebody and I wouldn’t lose voters” – many witnesses report, and CCTV footage obtained by the Times confirms, that early this morning the president drew a handgun on his former lawyer Michael Cohen and shot him dead on a street in midtown Manhattan.

“If these reports are true – I emphasize IF – then yes, I’m very concerned. I don’t think the president should be killing people in broad daylight in front of Tiffany’s. But I’m not a legal expert, I could be wrong.”

Associated Press: “Ms Sanders, did the president shoot his former lawyer in an effort to stop him from testifying against the president?”

AP: “Are you saying that the shooting was not motivated by Mr Cohen’s recent plea deal, or rather that the president did not shoot him?”

SHS: “The answer is no. No as in no. N. O. It’s these kinds of questions that have turned the American people against the press.”

Anderson Cooper: “We’re seeing incredible images here. The president being taken into custody. Kellyanne, what can you tell us?”

Kellyanne Conway: “I’m not going to comment on rumors, Anderson.”

AC: “Kellyanne, these are not rumors. The president has handcuffs around his wrists. You’re seeing the same footage we are.”

KC: “You’re free to see things your way. I have an alternative perception.”

“People die every day in this country. I’m not going to let myself get sidetracked by these distractions.”

“Back from GREAT chat with members of NYPD--the finest! Brand new police station. Very NICE. They want a wall too. Was NEVER taken into custody. FAKE NEWS cooked up by Crooked Hillary and FAILING NYT and CONFLICTED Mueller! Keep our borders strong – JUST SAY NO to murdering and raping Mexicans.”

First of all, the president was not in Manhattan at the time of the shooting. Second, he was watching TV on the 26th floor of Trump Tower when the shots were fired. Third, while he didn’t have the opportunity to save the students at the Parkland school, this time the president was able to rush into a busy city street and thereby save dozens of lives from a distraught and possibly deranged lawyer.”

“At this moment I can confirm that one of the alleged eyewitnesses to the shooting is a tourist from Mexico. Certainly we need to ask what a tourist from Mexico was doing in front of Tiffany’s at the time of this alleged incident. Now can I please eat my taco in peace?”

“What I want to know is why hasn’t anyone mentioned that Chuck Schumer and Hillary Clinton were NOWHERE to be seen at the time of the shooting? Are you telling me that’s mere coincidence? C’mon! And why haven’t the NYPD and the DEEP STATE FBI looked into this? What else aren’t they looking into?”

“What about the thousands of bills that Chuck Schumer has killed? What about Hillary’s murder of Vince Foster? And the Democrats dare talk about justice?”

“I never said the president couldn’t kill in broad daylight. I just said I hope the president stays focused on all the great things we’re doing for the American people.”

“Michael Cohen said he would take a bullet for me. So NO MURDER! And NO COLLUSION!! WITCH HUNTS! Worse than SALEM!!! Never should have let CRIMINAL Comey (lousy writer to! book sales DOWN!) talk me out of executing KILLIN’ Hillary…”

“…and JIHAD Brennan and LEPRECHAUN Sessions. FAKE NEWS hates Trump because I built a Beautiful Wall. And brought PEACE to England! Now I’m PARDONING myself for NO CRIME! Also pardoning…”