Tech has resisted unionization for decades — will that change? 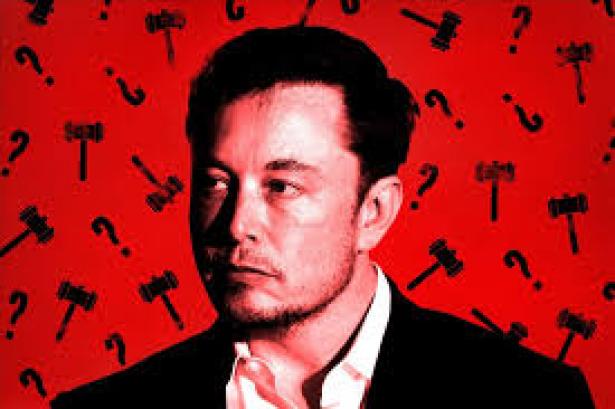 In some sense Tesla’s union question is an existential one: is Tesla a tech company or a car company? Car companies tend to have strong unions, while tech companies do not.

Musk runs Tesla like a tech company. Tesla’s done a top-to-bottom redesign of cars, and of the factory workflow. There are sudden pivots, and plenty of investment, despite a lack of profit — so far, so tech. Then you have the cars themselves: have to charge their batteries, the company can push over-the-air software updates to your car and totally change how it works, and uh they’re hackable. But they’re still cars: they go on roads, you drive them, and in most states you are legally compelled to buy car insurance for them.

Unions do exist in tech, though mostly among contract workers — the drivers of tech company employee shuttles have one, for instance. But Silicon Valley, the tech epicenter, exists in part because of opposition to unions, according to Alex Press. That’s how California beat out Boston in the post-World War II boom.

This Week in Elon is a segment on The Vergecast hosted by Deputy Editor Elizabeth Lopatto and now available as a limited-run newsletter. If you want all of the dizzying news about Elon Musk and companies delivered to your inbox on Fridays, subscribe here.

Robert Noyce, co-founder of Intel, infamously said, “remaining non-union is essential for survival for most of our companies.” So tech companies paid well, in addition to giving employees perks, stock options, and benefits packages. The company ping-pong table and free beer on tap is meant to prevent a labor union!

The difference between the entrepreneurs in Noyce’s day, and the ones we have now, Kevin Roose wrote in 2013, is that today’s tech bosses think unions shouldn’t exist anywhere:

Steve Jobs once called teachers’ unions “the problems” with modern schools. Marc Andreessen, the ubiquitous venture capitalist, said at a conference [in 2012] that “there may have been a time and a place for unions, but not sure I see it anymore.” And George Packer’s New Yorker story on Silicon Valley, as well as his profile of PayPal billionaire Peter Thiel, traced the merging of the tech world’s paternalistic futurism with the libertarian, anti-regulatory sympathies of some prominent tech leaders.

As if to underscore the point, on Wednesday, Gizmodo posted excerpts from an anti-union training video created by Amazon, the company run by the other tech industry space billionaire, Jeff Bezos. Bezos and Musk have another thing in common: they run the two tech companies with large unskilled labor forces in the US.

Car companies have been union businesses since the days when computers were still women. The UAW, formed in 1935, is older than Silicon Valley. GM has been a union shop since 1937; Ford, since 1941. Among the UAW’s victories: the first paid vacations for autoworkers, cost-of-living pay increases, and medical coverage for employees and retirees. But since 1979, union membership has declined, and so has UAW’s power. The auto workers union has been trying for years to organize at Tesla, which would, in its way, answer that question: Tesla is a car company.

Perhaps predictably, Elon Musk hasn’t been into it.

Factory worker Jose Moran wrote a post on Medium in 2017, saying that the long hours have stressed peoples’ bodies — and that Tesla pay is lower than that of other automakers’. For that reason, he urged that workers unionize, but a said confidentiality policy Tesla required them to sign frightened people and quashed union activity. Musk replied in an email that UAW “does not share our mission.” The union’s “true allegiance is to the giant car companies, where the money they take from employees in dues is vastly more than they could ever make from Tesla.”

Long story short, Tesla is accused of breaking federal law to restrict organizing, as well as retaliating against pro-union workers. (Tesla’s lawyer, Mark Ross, has dismissed the proceedings as a smear campaign by the UAW.)

SOME PORTION OF THE EVIDENCE IS… MUSK’S TWEETS

Because this is Tesla, some portion of the evidence is… Musk’s tweets. “Why pay union dues & give up stock options for nothing?” he tweeted in May. The UAW complained to the NLRB a day later. According to the National Labor Relations Board, that tweet violated labor law; Tesla maintains those tweets were taken out of context. The pop star Grimes, Musk’s (ex?) girlfriend, also tweeted — then deleted — ”literally tried to instigate union vote so y’all wud [sic] lay off but UAW can’t get enough signatures cuz they abandoned fremont plant in the last crash.”

The trial kicked off in June, where it ran for a few days before a hiatus. It stems from an August 2017 complaint by the NLRB that Tesla was illegally union-busting. In June, NLRB attorneys said that one worker had been fired and another got a written warning because of their union involvement.

This week, Bloomberg’s Josh Eidelson has been sitting in at Tesla’s NLRB trial in Oakland. On Monday, the union-boosting Moran testified that Musk told him and a co-worker that representation from the United Automobile Workers would mean “you don’t really have a voice.” Musk also said “the UAW is the only one that has a voice, and not the workers,” Moran told the judge.

On Tuesday, Eidelson reported that former head of Tesla’s human resources, Gaby Toledano, was presented with emails that discussed promoting Moran and a second union supporter so they that couldn’t continue to work to unionize the staff. “I saw it as positive they get involved in something they were criticizing,” Toledano testified. (Toledano left Tesla about a month ago.)

MUSK SAID, “THE UAW IS THE ONLY ONE THAT HAS A VOICE, AND NOT THE WORKERS.”

Wednesday, Tesla manager Josh Hedges was the first person called by the company, which had begun its defense, Eidelson reported. According to Hedges, Tesla didn’t hire people who didn’t sign a confidentiality agreement; the company feared leaks, he said. (This strict privacy policy illegally restricts workers’ rights, according to a regional director of the NLRB. Tesla disagrees.) Hedges has resigned from the company, and will leave Oct. 5.

Thursday, Tesla defended itself against the claim it had fired a worker, Richard Ortiz, for pro-union activity. Ortiz posted screenshots from Tesla’s HR system to a private Facebook page, as well as commentary about Tesla. In June, when this began, Ortiz said he’d lied about his source for the screenshots — Moran — because he didn’t want to get Moran in trouble. Tesla says it fired him for lying and harassing coworkers.

If Tesla is found guilty of violating labor law, obviously it’ll appeal. But that finding also will place basically every tech company is on notice. Amazon’s training video exists because employees of its recent acquisition, Whole Foods, are attempting to unionize. In August, the NLRB issued a complaint against a small software company, Lanetix, that had fired 14 people after they tried to unionize. In South Korea, Samsung Electronics chairman Lee Sang-hoon has been indicted for sabotaging attempts to unionize.

The larger picture for tech is slightly different than it is for the people in Silicon Valley who have already unionized: engineers are well-compensated. But a number of workers are increasingly unhappy with the way the products they create are being used: more than 3,000 workers at Google signed a letter protesting the company’s involvement in processing drone imagery for the Pentagon. Another 1,400 Googlers signed a letter protesting a possible censored search engine for China. Over 100 Microsoft employees signed an open letter criticizing the company’s work with U.S. Immigration and Customs Enforcement; Amazon employees have demanded that Bezos stop selling face-recognition technology from Thiel’s Palantir to law enforcement.

Groups like Silicon Valley Rising and Tech Workers Coalition are trying to organize engineers so that they can agitate for change. And the change these workers seem to want is some control over what they make and who it’s used by. As for the habitual anti-union sentiment: Noyce is dead. Jobs is dead. Andreessen is somewhat less relevant. Republican megadonor Thiel got used by Trump, then cast aside. Musk is being sued by the SEC. It’s possible someone else (Bezos?) will emerge to rally the anti-union forces, but right now there appears to be a power vacuum.

That makes Tesla’s case a bellwether — particularly for Amazon. If Tesla’s tactics are found to be illegal, and the company is punished, the burgeoning union movement in tech will be strengthened; if the company’s tactics are okayed, that’s a blow to unionization elsewhere. Tesla might be a car company, but it’s also a tech company — and if its workers can unionize, tech workers elsewhere are bound to start getting ideas. Likely, the pro-union Whole Foods workers are watching the Tesla trial closely.