Intersectionality can usefully describe the effects of multiple oppressions. It does not, however, offer an adequate explanatory framework for addressing the root causes of social inequality in the capitalist socioeconomic system. 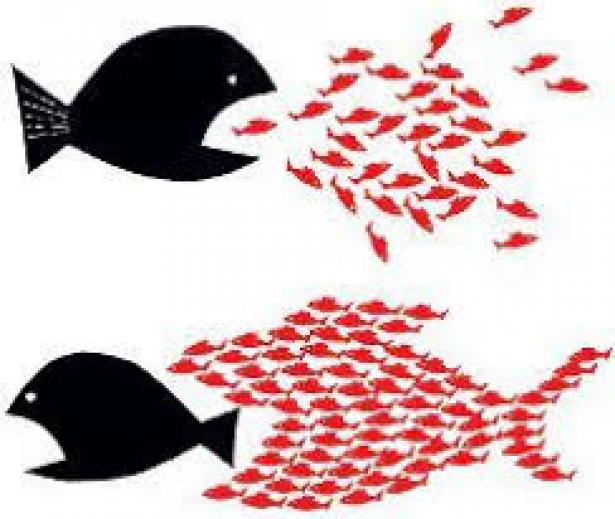 Intersectionality, a way of thinking about the nature and causes of social inequality, proposes that the effects of multiple forms of oppression are cumulative and, as the term suggests, interwoven. Not only do racism, sexism, homophobia, disablism, religious bigotry, and so-called “classism” wreak pain and harm in the lives of many people, but any two or more of these types of oppression can be experienced simultaneously in the lives of given individuals or demographic sectors. According to the intersectional model, it is only by taking into account the complex experiences of many people who are pressed to the margins of mainstream society that matters of social justice can be effectively addressed.  In order to assess the usefulness of intersectionality as an analytical model and practical program, however—and, indeed, to decide whether or not it can actually be said to be a “theory,” as a number of its proponents insist—we need to ask not only what kinds of questions it encourages and remedies, but also what kinds of questions it discourages and what kinds of remedies it forecloses.

It is standard procedure in discussions of intersectionality to cite important forebears—from Sojourner Truth to Anna Julia Cooper, from Alexandra Kollontai to Claudia Jones to the Combahee River Collective—but then to zero in on the work of the legal theorist Kimberlé Crenshaw, who first coined and explicated the term in the late 1980s. Concerned with overcoming the discriminatory situation faced by African American women workers at General Motors, Crenshaw demonstrated the inadequacy of existing categories denoting gender and race as grounds for legal action, since these could not be mobilized simultaneously in the case of a given individual: you had to be either a woman or nonwhite, but not both at the same time. Crenshaw famously developed the metaphor of a crossroads of two avenues, one denoting race, the other gender, to make the point that accidents occurring at the intersection could not be attributed to solely one cause; it took motion along two crossing roads to make an accident happen (Crenshaw, 1989).

While Crenshaw’s model ably describes the workings of what the African American feminist writer Patricia Hill Collins has termed a “matrix of oppressions,” the model’s spatial two-dimensionality points to its inadequacy as an explanation of why this “matrix” exists in the first place (Collins, 1990). Who created these avenues? Why would certain people be traveling down them? Where were they constructed, and when? The spatial model discourages questions like these. The fact that the black women in question are workers who earn at best modest wages, but make the bosses of General Motors (GM) very rich, is simply taken as a given. That is, to return to the metaphor of intersecting roads, the ground on which the roads have been built is a given, not even called into question. While Crenshaw succeeded in demonstrating that the GM workers had been subjected to double discrimination—no doubt a legal outcome of considerable value to the women she represented—her model for analysis and compensation was confined to the limits of the law. As the Marxist-feminist theorist Delia Aguilar has ironically noted, class was not even an “actionable” category for the workers in question (Aguilar, 2015, 209).

Although intersectionality can usefully describe the effects of multiple oppressions, I propose, it does not offer an adequate explanatory framework for addressing the root causes of social inequality in the capitalist socioeconomic system. In fact, intersectionality can pose a barrier when one begins to ask other kinds of questions about the reasons for inequality—that is, when one moves past the discourse of “rights” and institutional policy, which presuppose the existence of social relations based upon the private ownership of the means of production and the exploitation of labor.

Gender, race and class:—the “contemporary holy trinity,” as Terry Eagleton once called them (Eagleton, 1986, 82), or the “trilogy,” in Martha Gimenez’s phrase (Gimenez, 2001)—how do these categories correlate with one another? If gender, race and class are analytical categories, are they commensurable (that is, similar in kind), or distinct? Can their causal roles be situated in some kind of hierarchy, or are they, by virtue of their “interlocked” and simultaneous operations, of necessity basically equivalent to one another as causal “factors”?

When I ask these questions, I am not asserting that a black female auto worker is black on Monday and Wednesday, female on Tuesday and Thursday, a proletarian on Friday, and—for good measure—a Muslim on Saturday. (We’ll leave Sunday for another selfhood of her choosing.) (For a version of this rather clever formulation I am indebted to Kathryn Russell [Russell, 2007].) But I am proposing that some kinds of causes take priority over others—and, moreover, that, while gender, race and class can be viewed as comparable identities, they in fact require quite different analytical approaches. Here is where the Marxist claim for the explanatory superiority of a class analysis comes into the mix, and the distinction between oppression and exploitation becomes crucially important. Oppression, as Gregory Meyerson puts it, is indeed multiple and intersecting, producing experiences of various kinds; but its causes are not multiple but singular (Meyerson, 2000). That is, “race” does not cause racism; gender does not cause sexism. But the ways in which “race” and gender—as modes of oppression–have historically been shaped by the division of labor can and should be understood within the explanatory framework supplied by class analysis, which foregrounds the issue of exploitation, that is, of the profits gained from the extraction of what Marx called “surplus value” from the labor of those who produce the things that society needs. (In considering the historical division of labor along lines of gender, we need to go back to the origins of monogamous marriage, as Friedrich Engels argued in On the Origins of the Family, Private Property, and the State. The historical division of labor along lines of “race” is largely traceable to the age of colonialism, imperialism, and modern chattel slavery [Fields and Fields; Baptist].) If class analysis is ignored, as Eve Mitchell points out, categories for defining types of identity that are themselves the product of exploited labor end up being taken for granted and, in the process, legitimated(Mitchell, 2013).

An effective critique of the limitations of intersectionality hinges upon the formulation of a more robust and materialist understanding of social class than is usually allowed: not class as an identity or an experiential category, but class analysis as a mode of structural explanation. In the writings of Karl Marx, “class” figures in several ways. At times, as in the chapter on “The Working Day” in Volume I of Capital, it is an empirical category, one inhabited by children who inhale factory dust, men who lose fingers in power-looms, women who drag barges, and slaves who pick cotton in the blazing sun (Marx, 1990, 340-416). All these people are oppressed as well as exploited. But most of the time, for Marx, class is a relationship, a social relation of production; that is why, in the opening chapter of Capital, he can talk about the commodity, with its odd identity as a conjunction of use value and exchange value, as an embodiment of irreconcilable class antagonisms. To assert the priority of a class analysis is not to claim that a worker is more important than a homemaker, or even that the worker primarily thinks of herself as a worker; indeed, based on her personal experience with spousal abuse or police brutality, she may well think of herself more as a woman, or a black person. It is to propose, however, that the ways in which productive human activity is organized—and, in class-based society, compels the mass of the population to be divided up into various categories in order to insure that the many will be divided from one another and will labor for the benefit of the few—this class-based organization constitutes the principal issue requiring investigation if we wish to understand the roots of social inequality. To say this is not to “reduce” gender or “race” to class as modes of oppression. It is, rather, to insist that the distinction between exploitation and oppression makes possible an understanding of the material (that is, socially grounded) roots of oppressions of various kinds. It is also to posit that “classism,” a frequently heard term, is a deeply flawed concept. For this term often views class to a set of prejudiced attitudes, equivalent to ideologies of racism and sexism. As a Marxist, I say that we need more, not less, class-based antipathy.

In closing, I suggest that intersectionality is less valuable as an explanatory framework than as an ideological reflection of the times in which it has moved into prominence (see Wallis, 2015). These times—extending back several decades now—have been marked by several interrelated developments. One is the world-historical (if in the long run temporary) defeat of movements to set up and consolidate worker-run egalitarian societies, primarily in China and the USSR. Another—hardly independent of the first—is the neoliberal assault upon the standard of living of the world’s workers, as well as upon those unions that have historically supplied a ground for a class-based and class-conscious resistance to capital. The growing regime of what has been called “flexible accumulation” (Harvey, 1990, 141-72), which fragments the workforce into gig and precarious economies of various kinds, has accompanied and consolidated this capitalist assault on the working class, not just in the U.S. but around the world. For some decades now, a political manifestation of these altered economic circumstances has been the emergence of “New Social Movements” positing the need for pluralist coalitions around a range of non-class-based reform movements rather than resistance to capitalism. Central to all these developments has been the “retreat from class,” a phrase originated by Ellen Meiksins Wood (Wood, 1986); in academic circles, this has been displayed in attacks on Marxism as a class-reductionist “master narrative” in need of supplementation by a range of alternative methodologies (Laclau and Mouffe).

These and related phenomena have for some time now constituted the ideological air that we breathe; intersectionality is in many ways a reflection of, and reaction to, these economic and political developments. Those of us who look to intersectionality for a comprehension of the causes of the social inequalities that grow more intense every day, here in the U.S. and around the world, would do much better to seek analysis and remedy in an antiracist, antisexist, and internationalist revolutionary Marxism: a Marxism that envisions the communist transformation of society in the not too distant future.

Baptist, Edward E. The Half Has Never Been Told: Slavery and the Making of American Capitalism. New York: Basic Books. 2014.

Engels, Friedrich. On the Origin of the Family, Private Property, and the State. New York: International Publishers. 1972.

Harvey, David. 1990. The Condition of Postmodernity: An Enquiry into the origins of Cultural Change.  Cambridge, MA: Blackwell.

Mitchell, Eve. 2013. “I Am a Woman and a Human: A Marxist Feminist Critique of Intersectionality Theory.” http://gatheringforces.org/2013/09/12/i-am-a-woman-and-a-human-amarxist-feminist-critique-of-intersectionality-theory/.