These trailblazers are heading to Washington to advance a bold social and economic justice agenda, with a strong focus on reversing inequality. 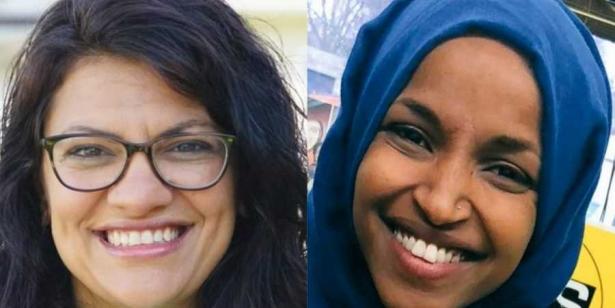 The Democratic Party has regained control of the U.S. House of Representatives and with this shift will come a new cadre of forceful female leaders committed to narrowing the gaps that so divide us.

The six victorious candidates profiled here are remarkable in many ways. All women of color, these trailblazers often drew from their own personal stories to connect with and win over the hearts of voters. Each is heading to Washington to advance a bold social and economic justice agenda, with a strong focus on reversing inequality.

Deb Haaland, of New Mexico’s 1st District, will become one of the first two native American women in Congress (along with Sharice Davids, who won a seat in the Kansas delegation). Haaland is a member of the Laguna Pueblo tribe and a former head of the New Mexico Democratic Party.

On the campaign trail, Haaland didn’t mince words about the economic unfairness she sees in the country: “America isn’t broke, but we have been pillaged by billionaires and big corporations who get rich off our infrastructure and expect working people to foot the bill. No more.”

To get those billionaires and corporations to pay their fair share, Haaland goes far beyond calling for the repeal of the Trump-Republican tax reform. She’d like to see taxes on individual income and corporate profits rise back to post-World War II levels. She also calls for the introduction of a small tax on financial market transactions and a more robust estate tax.

Haaland will also be a powerful voice in Washington against Trump’s hateful immigration policies. On the government’s separation of immigrant families, Haaland draws from her own family’s experience. Her grandmother was forced into an “assimilation” boarding school when she was eight years old.

"America isn’t broke, but we have been pillaged by billionaires and big corporations who get rich off our infrastructure and expect working people to foot the bill. No more."
CONGRESSWOMAN-ELECT DEB HAALAND

Ilhan Omar will become the first Somali American woman in Congress, taking the Minnesota District 5 seat vacated by Keith Ellison when he decided to run (successfully) for Minnesota Attorney General.

On the campaign trail, inequality was at the core of Omar’s message: “The wealthiest of our country have accumulated their wealth through a system that keeps people in poverty,” she said.

Omar’s economic justice platform was one of the most ambitious and detailed in the whole congressional candidate field. To lift up the bottom of the income scale, for example, she supports a federal job guarantee program that would provide a $15 per hour, full-time job to anyone who needs one.

To address income and wealth concentration at the top, her policies range from taxing Wall Street speculation and breaking up the big banks to strengthening the estate tax and hiking income tax rates on the wealthy. Omar also endorsed Medicare for All and debt-free college.

As a former refugee, she will be a strong voice in Washington for immigrant rights and economic justice. In a rebuke to President Trump’s Islamaphobia, she opened her victory speech in Minneapolis with the Arabic greeting “as-salam alaikum.”

Rashida Tlaib will join Omar as one of the first two Muslim women in Congress, filling the Michigan 13th seat long held by John Conyers. Tlaib has been a passionate supporter of workers rights as a state legislator and lawyer. Just a month before the election, she was arrested while blocking a street in front of a Detroit McDonald’s during a “Fight for $15” protest for higher wages and union rights.

Like several others on this list, Tlaib’s economic priorities include Medicare for All, debt-free college, and making the wealthy and corporations pay their fair share of taxes. She already has a track record of standing up to billionaires — and winning. When Michigan officials dismissed residents’ concerns about pollution from a factory owned by the Koch brothers, Tlaib trespassed on the company’s property to collect samples herself. Her bold action led to the Koch brothers being forced to remove the pollutants from Detroit’s riverfront.

Ayanna Pressley was uncontested in her race in the 7th district of Massachusetts, becoming the first black woman to represent the state. In the spring, she won an upset primary against Democratic incumbent Mike Capuano.

A former Boston city council member, Pressley says her priorities in Washington will be “economic inequality, the wealth and wage gap, structural racism, and gun violence.”

Pressley has developed a detailed economic policy agenda, including fair taxation to pay for robust mass transit and other public infrastructure improvements. On Wall Street reform, she calls for a new Glass-Steagall Act to separate commercial banking services from investment banking, as well as tougher sentences for banking executives who engage in fraud and negligence that jeopardizes working Americans’ retirement and savings.

On the campaign trail, she decried the rising inequality in her own city of Boston, pointing out that rich and poor neighborhoods that are not far apart geographically have average life expectancies that range from 92 to less than 60 years.

“These types of disparities, Pressley explains, “are not naturally occurring; they are the legacy of decades of policies that have hardened systemic racism, increased income inequality, and advantaged the affluent.”

Veronica Escobar earned 68 percent of the vote in her bid to fill the Texas 16th district seat vacated by Beto O’Rourke when he ran for senate. She’ll be one of the first two Latina representatives from the Lone Star state (along with Sylvia Garcia from Houston).

A former El Paso county judge, Escobar is committed to fighting for immigrant rights and economic justice in the U.S.-Mexico border community that is her hometown.

“I see the impact of income inequality everyday and will fight to fix our broken economic system, while protecting the gains made by working families and fighting for tax reforms that support the families I represent,” she said.

One of the proposals Escobar touted on the campaign trail: scrapping the cap on Social Security contributions so the wealthy pay the same rate into the program as everyone else.

Alexandria-Ocasio Cortez, after her shocker defeat of a 10-term incumbent in the June primary, strolled to victory as the new member of Congress from New York’s 14th district, earning 78 percent of the vote. At 29, she’s the youngest woman ever to hold a seat in the House.

In the months leading up to the election, Ocasio-Cortez lent her political star power to support other candidates and to mainstream bold progressive proposals like Medicare for All, debt-free college, and raising taxes on corporations and the ultra-wealthy.

Ocasio-Cortez also calls for carbon taxes to help speed up the transition from fossil fuels to 100 percent renewables. “Right now, the economy is controlled by big corporations whose profits are dependent on the continuation of climate change,” she said during the campaign. “This arrangement benefits few, but comes at the detriment of our planet and all its inhabitants.”

In her acceptance speech Tuesday night, Ocasio-Cortez said, “In the wealthiest nation in the history of the world, our greatest scarcity is not a lack of resources but the absence of political courage and moral imagination.”

Sarah Anderson directs the Global Economy Project at the Institute for Policy Studies and is a co-editor of Inequality.org. @Anderson_IPS