Mystery and History: A Winning Combination

When one of my favorite political and historical analysts, Bill Fletcher Jr., announced the publication of a mystery, I could not wait to get my hands on the book. Bill Fletcher Jr, The Man Who Fell from the Sky, Hardball Press, Brooklyn NY, 2018 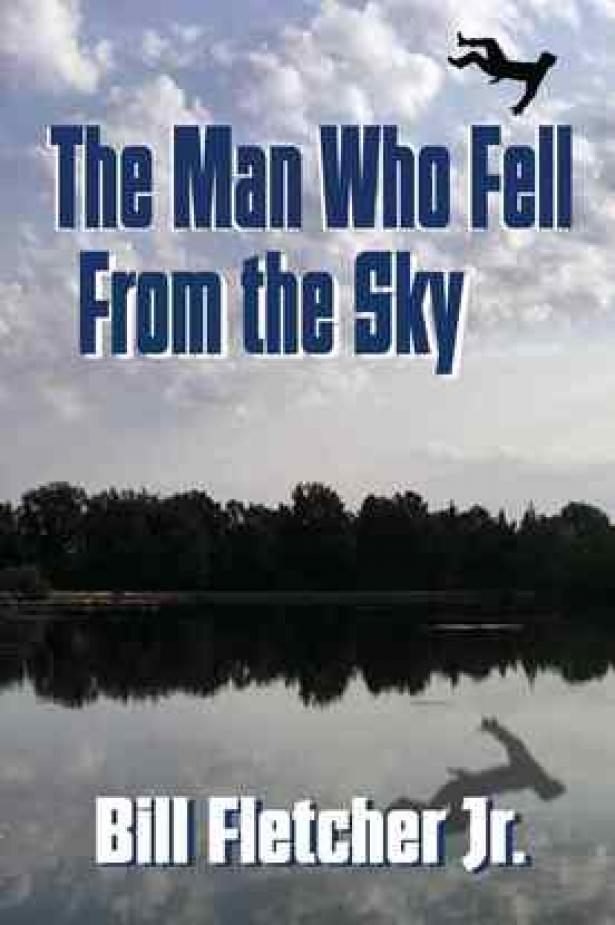 At a time like this, I seek solace in a good mystery. For me a good mystery has to grab and keep my attention and teach me something new about my world. It has to make me think and not just to solve the case. When one of my favorite political and historical analysts, Bill Fletcher Jr., announced the publication of a mystery, I could not wait to get my hands on the book. I read The Man Who Fell From the Sky two times, and then read a history of Cape Verdeans along with a classic 1920s novel on “passing.”

All I can say is put The Man Who Fell from the Sky on your holiday gift list. Bill Fletcher Jr. succeeds in combining history and mystery, in a well-written page-turner. A brutal murder grabbed my attention in the first pages, and then kept me riveted with a tangled story of racism and identity, based in a New England Cape Verdean community.  Fletcher clearly did years of research—five to be exact—and explored the best of hard-boiled detective fiction. Perhaps in the style of Walter Moseley, his main character is not a detective. David Gomes is a local Cape Verdean journalist, looking for the story that might propel him to fame. What he discovers turns out to be more complex and personal and more dangerous than he could have imagined.

The murder is clearly a professional hit. One bullet from a distance fired with a silencer. The victim appears to be one of the most likeable people in town. Not only his widow, Margie Smith, but also many coworkers paint a picture of the victim, “TJ,” as a hard-working, considerate, popular and friendly father of two. He runs a construction company. Both children are embarking on fulfilling careers, clearly a reflection of their parents’ good work. Why would anyone send a hitman to kill this community leader?

In Gomes’ search for a motive, he is forced to look deeply into TJ’s history as well as his own community and the tensions that exist within it and those that come from outside. As he disentangles the complex web of relationships and resentments, Gomes runs headfirst into more murders as well as an old family conflict he had not known existed.

The chapters are short and tight, which adds to the momentum of the book. Equally important, the story is well-plotted and written. Not even a great mystery story can survive bad writing! Fletcher introduces us to the main players, and from the start, they all seem nice. No creeps, no crazy assassins.

Fletcher suggests various subplots and what I would call hanging chads. What does it mean that the FBI seems to be examining Gomes himself? We learn immediately that TJ was a World War II veteran. How relevant could that be? There is a strange 2 bank account, a disappearing employee, and in the great tragic tradition of Oedipus, people who are not who they seem.

At first Gomes’ Cape Verdean heritage appears peripheral to the story, but not for long. As Gomes searches for answers, he introduces us to family and friends in the Cape Verdean community. Cape Verdeans are an African population with Portuguese identities, the result of colonialism. They range in color from black to white and everything in between. But Cape Verdeans arrived on our shores as Portuguese colonials, not as slaves and not as black Africans. According to Marilyn Halter, (Between Race and Ethnicity: Cape Verdean Americans Immigrants, 1860-1965.) Cape Verdeans are incredibly diverse, including Portuguese, Genoese, Castillians, 27 different West African ethnic groups, also refugees, adventurers, Jews fleeing the Inquisition, as well as criminal and political exiles.  They define themselves ethnically not racially. Yet as Halter notes, “Cape Verdean Americans quickly perceived the adverse effects of racism on the upward mobility of anyone considered nonwhite.”

Or in the words of Gomes’ Uncle Marcelino: “”Every time we get together you get on your high horse and start telling the rest of us what to think about Cape Verde, Portugal, Blacks in America, Vietnam, you name it! You keep talking about Cabral, Cabral, Cabral. Give it a rest! Listen, we’re Portuguese. I’m sick of you calling me ‘black.’ Our ancestors were never slaves!”

While the story takes place in 1970, the plot expands from Vietnam to WWII, and from one generation to multiple generations. Interestingly Halter points to WWII as a real turning point in the Cape Verdean community. “[The] jolt,” she writes,” to their self-concept …was experienced during military service in WW II.” In order to serve in regular units, they had to be white, which ran against their own ethnic self-identification. It was the deep racism of the United States that made “passing” the only way into the mainstream.

Gomes’ own family had suffered because of discrimination based on color. Some Cape Verdeans chose to pass for white, to marry into white families, while obscuring their mixed heritage. Children as well as extended family became a threat to their well-being. The cost of “passing” can be very high and have fatal consequences, as was the case for many African Americans who chose to pass. Nella Larsons’ 1929 novel called Passing, about African Americans, portrays the tragic consequences of covering up one’s heritage. Claire, a central character, hides her origins from her deeply bigoted husband, but her longing for family leads her to take risks that end her life.

Gomes’ own family was directly affected by issues of color. His father married a darker woman, Helena, who was then “shunned” by the grandparents and “the entire Portuguese side of the family.” Besides his journalism, David Gomes has been in a long courtship with a woman artist and photographer, Pamela, whose color could have been an issue. But Gomes’ parents more than approve of her. Gomes tries to convince Pamela that his hesitation to marry stems from his concern with her future and the importance of her independence, although, in reality, Gomes is looking more closely at his own. Gomes’ problem with projecting his issue onto Pamela humanizes him and complements the story line. His newspaper boss’ emotional concern for David Gomes’ well-being throws a small shadow over his relationship with Pamela.

As Gomes unravels one layer of mystery after another, he protests in frustration: “There’s something in this story that’s family, and I mean that in two ways. It’s about the Gomes/Alves family. It’s also about us, Cape Verdeans. I haven’t put all the pieces together yet.”

Then the murders multiply. How are these victims related? Is it the same assassin in every case? Is this a story about revenge or is it a reckoning with justice? Gomes goes searching through old photos and memories, looking for connections and motives. Warning signs appear that Gomes’ own life may be in danger, but he refuses to drop the case.

The story crosses back and forth through time. The tragedy is multi-generational, and touches on many lives and communities. Fletcher has done a masterful job telling the story. Fletcher’s sophisticated historical and political understanding enables him to craft a powerful mystery and a great reading experience!