US Commission on Civil Rights Report on Police Force

The best available evidence reflects high rates of uses of force nationally, with increased likelihood of police use of force against people of color, people with disabilities, LGBT people, people with mental health concerns, people with low incomes, 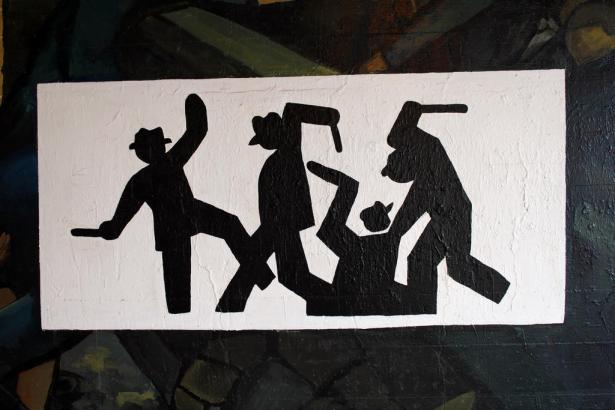 On behalf of the United States Commission on Civil Rights (“the Commission”), I am pleased to transmit our briefing report, Police Use of Force: An Examination of Modern Policing Practices.
The report is also available in full on the Commission’s website at www.usccr.gov.

In this report, the Commission investigated rates of police use of force; whether rates and instantiations of that use of force violate civil rights of persons of color, persons with disabilities, LGBT communities, and low-income persons; promising or proven policies and practices worth replicating to minimize unnecessary use of force; and the perception and reality of discrimination in police use of force. The Commission considered evidence from law enforcement and court officials, community leaders and police reform advocates, scholars, legal experts, as well as testimony taken in by the Commission’s State Advisory Committees in Minnesota, New York, Maine, and Delaware.

The Commission majority approved key findings including the following: While police officers have the difficult and admirable job of providing crucial services to the communities they protect
and serve, their job sometimes puts them in harm’s way and may require the use of force. Accordingly, police officers must operate with the highest standards of professionalism and
accountability. Every community resident should be able to live, work, and travel confident in an expectation that interactions with police officers will be fair, consistent with constitutional norms, and guided by public safety free from bias or discrimination. Unfortunately, too many communities are not confident in these expectations, and so these communities have called for reforms to foster better community-police relations and prevent unjustified and excessive police uses of force.

Accurate and comprehensive data regarding police uses of force is generally not available to police departments or the American public. No comprehensive national database exists that captures police uses of force. The best available evidence reflects high rates of uses of force nationally, with increased likelihood of police use of force against people of color, people with disabilities, LGBT people, people with mental health concerns, people with low incomes, and those at the intersection of these communities. Lack of sufficient training—and funding for training—leaves officers and the public at risk. Repeated and highly publicized incidents of police use of force against persons of color and people with disabilities, combined with a lack of accurate data, lack of transparency about policies and practices in place governing use of force, and lack of accountability for noncompliance foster a perception that police use of force in communities of color and the disability community is unchecked, unlawful, and unsafe.

The Commission majority voted for key recommendations, including that the United States Department of Justice should return to vigorous enforcement of constitutional policing, including
under its authority pursuant to 42 U.S.C. § 14141, and the use of consent decrees where necessary to ensure that constitutional policing standards are upheld. The Department of Justice should robustly support local efforts to develop and institute constitutional policing practices, including through the Office of Community Oriented Policing Services (COPS) and maintaining the Community Relations Service (CRS) to focus on building community trust and reducing excessive or unauthorized uses of force, in coordination with police departments. The Commission majority also called on Congress to fund grants, facilitated by the Department of Justice, to incentive evidence-based practices that, when employed, reduce incidents of excessive or unauthorized force. These practices may include increased training on de-escalation tactics and alternatives to use of force. Congress should also fund grants that support effective external police oversight and research regarding best practices for such oversight.

The Commission majority called for practical reforms to stem the tide of perceived conflict between police officers and their communities, and to recommit this nation to the principles of
fairness and equal treatment, including at the hands of police, that are core to democracy. These recommendations for forward progress are measured, appropriate, and urgent; our nation’s
communities need their implementation.

We at the Commission are pleased to share our views, informed by careful research and investigation as well as civil rights expertise, to help ensure that all Americans enjoy civil rights
protections to which we are entitled.