Since the 1980s, Indian people have sought to put an end to racist names and mascots in schools, colleges, and professional sports teams. The outcry against such racism continues to gain momentum from tribes, celebrities, and racial justice groups. 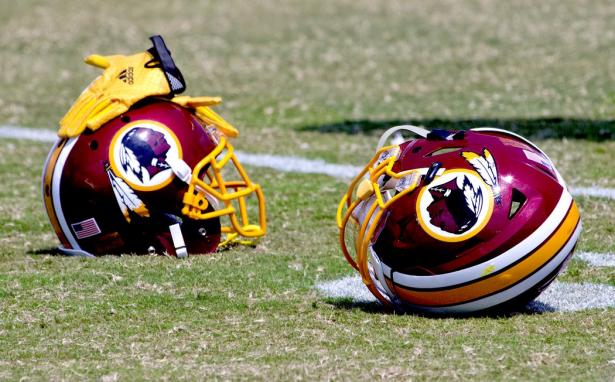 Despite mounting activism by Indian Americans and anti-racist organizations, the D.C. football team has kept its name.,

National Football League owners are reacting to Washington, D.C. team owner Daniel Snyder’s plans to rebuild Robert F. Kennedy Memorial Stadium and move his callously named team back to the nation’s capital with a shrug. But American Indian tribes, along with anti-racist organizations, have begun a national movement to stop him.

For decades, the Washington team (I refuse to state the name) played at RFK Stadium, within the borders of the District of Columbia—terribly ironic given the former U.S. Attorney General’s commitment to racial and social justice. But since 1997, the team has played at FedExField in Landover, Maryland.

During the Obama presidency, Snyder expressed a desire to bring the team home. President Obama vowed to do all he could to stop the move unless the team changed it’s racist name and mascot. Now that fight is being taken up by others.

Since the 1980s, Indian people have sought to put an end to racist names and mascots in schools, colleges, and professional sports teams. A big part of that struggle has been educating our own people about the damage inflicted on our self-worth because of these mascots. That’s what internalized oppression does to a people. Eating away our souls to the detriment of our mental and physical health. Most of us never had a clue.

Of course, the white man has been apathetic to this struggle, especially when it came to making money, from Disney’s “What Makes the Red Man Red,” to fake headdresses, to the Atlanta Braves’ “tomahawk chop.”

Attempts to get Washington and other professional sports teams to lose the hate have failed in the courts. It took years to get the U.S. Patent and Trademark Office to revoke Washington’s exclusive claim on the racist name. However, a district court in Washington, D.C., ruled that the name and image was not disparaging to American Indians. The U.S. Supreme Court has refused to hear the case.

But the outcry against Indian mascots continues to gain momentum from tribes, celebrities, and racial justice groups.

“In 2018, no other people of color must confront the harm and ridicule levied by a sports team whose name refers to the color of their skin,” said Derrick Johnson, President and CEO of the NAACP in an August statement issued by the National Congress of American Indians, a political lobbying group representing most tribes in Indian Country.

And Kathy Ko Chin, president and CEO of the Asian & Pacific Islander American Health Forum, said in the same release, “The need to recognize and respect the humanity of all of our fellow Americans is more critical than ever to the future of our nation. The prospect that our nation’s capital would once again be adorned with this derogatory term runs counter to that ideal.”

Now, in other ways, Snyder and his Washington team are learning that the price of hate can sometimes be too expensive.

For starters, there is the question of who will help subsidize the cost of a new Washington stadium. The newly relocated Los Angeles Rams and Chargers are looking forward to a five-billion-dollar state-of-the-art stadium in Hollywood Park. And it is estimated that taxpayers shelled out at least half of the one billion dollars it cost to construct the U.S. Bank Stadium, home to the Minnesota Vikings.

But while the District of Columbia is the center of U.S. politics, the city is no economic haven. Already, there is a growing swell of anti-taxpayer sentiment to revitalizing the old RFK Stadium. The D.C. city council is split over the anticipated high tax price. And why not? Why should struggling working families help pay for an expensive playground for the suburban wealthy?

What is puzzling to me is not that other NFL owners are burying their heads at Snyder’s stadium dream. That’s expected. After all, every owner will benefit from the new stadium. No, what is disturbing is the silence from our political leaders.

Of course Donald Trump is not going to complain. He has already proven his high comfort level with racists of all stripes. But to have all those Senate and Congressional leaders turn a blind eye as well is despicable.

[Mark Anthony Rolo is a journalist and is a member of the Bad River Band of Ojibwe in northern Wisconsin.]