The suspension, imposed this past September without a public announcement, came as the government launched a review of all fetal tissue research funded by the federal government. 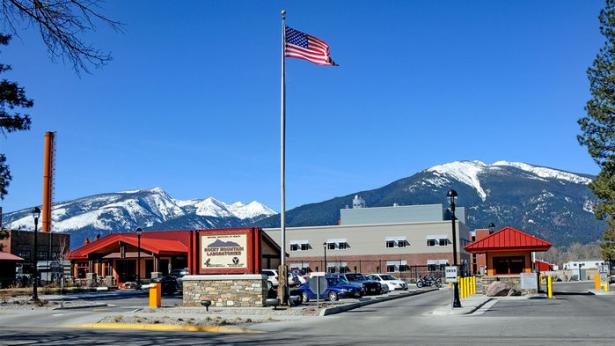 Update, 9 December, 9:30 a.m.: NIH provided an additional statement after this story was published. See the end of the story for the statement.

U.S. President Donald Trump's administration has ordered scientists employed by the U.S. National Institutes of Health (NIH) to stop acquiring new human fetal tissue for experiments, ScienceInsider has learned. The suspension, imposed this past September without a public announcement, came as the government launched a review of all fetal tissue research funded by the federal government. The pause affects two laboratories run by the Bethesda, Maryland-based agency, NIH officials say. In one case, it disrupted a study probing how the virus that causes AIDS initially colonizes human tissues.

“We were all poised to go and then the bombshell was dropped,” says HIV researcher Warner Greene, director of the Gladstone Center for HIV Cure Research in San Francisco, California, who was collaborating with an NIH laboratory that received the order. “The decision completely knocked our collaboration off the rails. We were devastated.”

The order expands the scope of the Trump administration's interventions into federally funded research that uses human fetal tissue from elective abortions, which is legal but fiercely opposed by anti-abortion groups. In September, it canceled a Food and Drug Administration (FDA) contract for acquiring human fetal tissue for testing candidate drugs. This week, the Department of Health and Human Services (HHS), which oversees NIH, told researchers at the University of California (UC), San Francisco, that it would be extending a contract for work involving human fetal tissue for just 90 days instead of the usual 1 year, prompting media reports that the department was preparing to cancel the contract. HHS denied those reports, saying it has made no decisions regarding federal funding for human fetal tissue research pending the outcome of the ongoing review of all such work.

Today, however, an NIH spokesperson confirmed that the agency asked staff scientists "to pause procurements of fetal tissue" pending the outcome of the HHS review. The suspension applies only to scientists who work directly for NIH's intramural program, and not extramural researchers who typically work at universities and receive grants from the government. It affects two laboratories, NIH officials say. One is operated by the National Eye Institute. (Fetal retinal tissue is used to study eye diseases.) The other is run by the National Institute of Allergy and Infectious Diseases (NIAID).  “Yes, we have instituted a pause of further procurements [of human fetal tissue] pending the audit/review that HHS is undertaking,” an NIAID spokeperson confirmed.

The HIV experiment disrupted by the suspension was being conducted at NIAID’s Rocky Mountain Laboratories (RML) in Hamilton, Montana, which focus on infectious diseases. Researchers there use fetal tissue donated by women who have had legal abortions to create so-called humanized mice, which have immune systems that behave like a human’s. Humanized mice have played a key role in testing and developing treatments for many diseases, including HIV/AIDS. The NIH lab had, for several years, obtained the human fetal tissue from Advanced Bioscience Resources (ABR), based in Alameda, California.

According to emails provided to ScienceInsider by Greene, RML researcher Kim Hasenkrug had prepared humanized mice for a trial of an antibody that the researchers believed—based on promising lab dish studies—might prevent HIV from establishing reservoirs in the human body. (Hasenkrug could not be reached for comment.) On 11 September, Hasenkrug informed Greene and Thomas Packard, a postdoctoral student of Greene’s, that he had obtained needed reagents and the mice were ready. Packard responded that they were excited at the prospect of getting the study started, and would immediately send Hasenkrug a batch of the antibodies. “I’ll not be able to get [the antibodies] on the 3 PM FedEx today, but I’ll ship [the antibodies] to you tomorrow, so you should have it on Thursday,” Packard wrote in an email.

On 28 September, however, Greene received a message from Hasenkrug that left him stunned. The email, which bore the subject line “HHS directive,” read in part:

[HHS] has directed me to discontinue procuring fetal tissue from ABR, the only source for us.  I think that they are the only provider of fetal tissue for scientists in the nation who don’t have direct access to aborted fetal tissue.  This effectively stops all of our research to discover a cure for HIV.

Hasenkrug had not yet launched the experiment, Greene says, and his supplies of existing mice were too small to conduct the repeated experiments required to reach convincing scientific conclusions.

The order to Hasenkrug came just as HHS launched its review of human fetal tissue research, and at the same time that the department killed the FDA contract, which was with ABR. (The department wrote at that time that it was “not sufficiently assured that the contract included the appropriate protections applicable to fetal tissue research,” but provided no evidence of violations.)

It is unclear whether HHS will next place restrictions on the grants of NIH-funded investigators at universities who don’t work for NIH but whose projects also rely on access to new fetal tissue. ScienceInsider posed this question and others to Assistant Secretary of Health Brett Giroir, who is heading the review, but did not receive a response by press time. Some extramural scientists are concerned. “Everything I am doing involves humanized mice. It would shut my lab down if we were not able to use fetal tissues,” says Jerome Zack, a virologist who studies HIV at UC Los Angeles, and has been using humanized mice for 25 years.

Such mice are particularly valuable for HIV drug testing in part because tissue from a single human fetus can readily generate a group of 40 to 50 genetically identical mice, and because the animals can, unlike monkeys, be infected with the human virus, HIV.  Potential drugs can then be tested in such a group, with ample mice as controls, giving the studies robust statistical power.

Packard, the postdoc on the curtailed collaboration with Hasenkrug at RML, calls the HHS review and its attendant constraints "really just a travesty for the outlook for HIV research. Mice made with human fetal tissue are critical to moving from discoveries in the lab to clinical treatments. Blocking this significantly hurts our chances of finding an HIV cure."

Greene adds that even if the HHS order is eventually lifted, the lost time would be consequential. “If we were given the green light right now” to resume acquiring fetal tissue, he says, “it would probably take us a year to get back in the position we were in when the ban was put in place."

After this story was published, NIH emailed an additional statement. It said that the agency in September "put a pause in place" for staff scientists procuring new human fetal tissue, "an action NIH thought was prudent given the examination of these procurements. Research with tissue already on hand could proceed, and  NIH leaders asked to be notified by intramural investigators if new procurement would be necessary. NIH leadership was not informed that new procurement was necessary for the study you reference in your story. We are looking into why this did not occur."

Update, 8 December, 10:00 p.m.: This story has been updated to clarify a quote from Thomas Packard.

Update, 9 December, 9:30 a.m.: The story is updated with an additional statement that NIH provided after the story was published.

Meredith Wadman joined Science as a staff writer in September 2016, after covering biomedical research and its politics from Washington, D.C., for 20 years. Her current beat includes biology research, policy, and sexual harassment . She has been a staff writer for Nature and a contributing writer at Fortune. She has also written op-eds for The Wall Street Journal, The New York Times and The Washington Post.  Her first book, The Vaccine Race: Science, Politics and the Human Costs of Defeating Disease, was published by Viking (U.S./Canada) and Transworld (U.K.) in February 2017. Meredith earned her B.A. in Human Biology at Stanford University and began medical school at the University of British Columbia in her native Vancouver. She completed her medical degree as a Rhodes Scholar at the University of Oxford in the United Kingdom, and earned a master’s of science at the Columbia University Graduate School of Journalism.