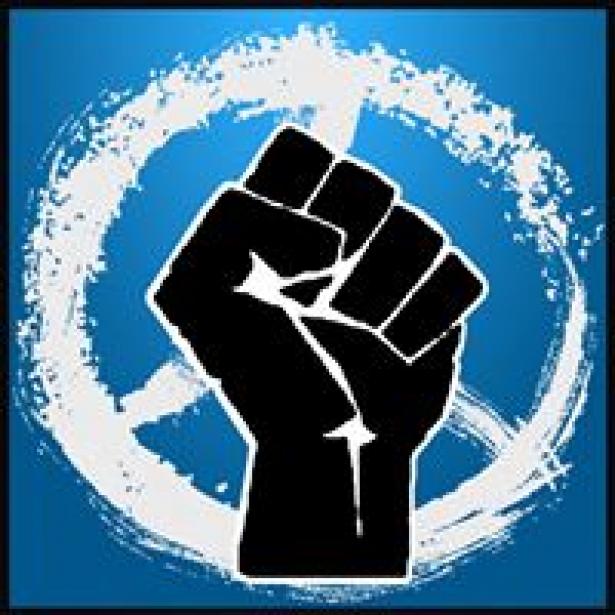 In the spirit of a new year and a new Congress, 2019 may well be our best and last opportunity to steer our ship of state away from the twin planetary perils of environmental chaos and militarism, charting a course towards an earth-affirming 21st century.

The environmental crisis was laid bare by the sobering December report of the UN Climate panel: If the world fails to mobilize within the next 12 years on the level of a moon shot, and gear up to change our energy usage from toxic fossil, nuclear and industrial biomass fuels to the already known solutions for employing solar, wind, hydro, geothermal energy and efficiency, we will destroy all life on earth as we know it. The existential question is whether our elected officials, with the reins of power, are going to sit by helplessly as our planet experiences more devastating fires, floods, droughts, and rising seas or will they seize this moment and take monumental action as we did when the United States abolished slavery, gave women the vote, ended the great depression, and eliminated legal segregation.

Some members of Congress are already showing their historic mettle by supporting a Green New Deal. This would not only start to reverse the damage we have inflicted on our collective home, but it would create hundreds of thousands of good jobs that cannot be shipped overseas to low wage countries.

Even those congresspeople who want to seriously address the climate crisis, however, fail to grapple with the simultaneous crisis of militarism. The war on terror unleashed in the wake of the 911 terrorist attack has led to almost two decades of unchecked militarism. We are spending more money on our military than at any time in history. Endless wars in Afghanistan, Iraq, Yemen, Syria and elsewhere are still raging, costing us trillions of dollars and creating humanitarian disasters. Old treaties to control nuclear arms are unraveling at the same time that conflicts with the major powers of Russia and China are heating up.

With the crumbling phenomenon of outdated nuclear arms control treaties, it is unconscionable not to support the recently negotiated UN treaty, signed by 122 nations, to prohibit and ban nuclear weapons just as the world has done for chemical and biological weapons. The US Congress should not be authorizing the expenditures of one trillion dollars for new nuclear weapons, bowing to corporate paymasters who seek a larger arms race with Russia and other nuclear-armed countries to the detriment of our own people and the rest of the world.  Instead, Congress should take the lead in supporting this treaty and promoting it among the other nuclear weapons states.

Environmentalists need to contest the Pentagon’s staggering global footprint. The US military is the world’s largest institutional consumer of fossil fuels and the largest source of greenhouse gasses, contributing about 5 percent of global warming emissions. Almost 900 of the EPA’s 1,300 Superfund sites are abandoned military bases, weapons-production facilities or weapons-testing sites. The former Hanford nuclear weapons facility in Washington state alone will cost over $100 billion to clean up. The US military has also spread toxic chemical contaminants in and around bases worldwide, sickening millions.

If climate change is not addressed rapidly by a Green New Deal, global militarism will ramp up in response to increases in climate refugees and civil destabilization, which will feed climate change and seal a vicious cycle fed by the twin evils militarism and climate disruption. That’s why a New Peace Deal and a Green New Deal should go hand in hand. We cannot afford to waste our time, resources and intellectual capital on weapons and war when climate change is barreling down on all of humankind.  If the nuclear weapons don’t destroy us than the pressing urgency of catastrophic climate will.

Moving from an economic system that relies on fossil fuels and violence would enable us to make a just transition to a clean, green, life-supporting energy economy.  This would be the quickest and most positive way to deal a death knell to the military-industrial complex that President Eisenhower warned about so many years ago.

Medea Benjamin is the co-founder of the women-led peace group CODEPINK and the co-founder of the human rights group Global Exchange. She has been an advocate for social justice for more than 40 years. Described as "one of America's most committed -- and most effective -- fighters for human rights" by New York Newsday, and "one of the high profile leaders of the peace movement" by the Los Angeles Times, she was one of 1,000 exemplary women from 140 countries nominated to receive the Nobel Peace Prize on behalf of the millions of women who do the essential work of peace worldwide.

She is the author of ten books, including Drone Warfare: Killing by Remote Control and Kingdom of the Unjust: Behind the U.S.-Saudi Connection. Her most recent book, Inside Iran: The Real History and Politics of the Islamic Republic of Iran, is part of a campaign to prevent a war with Iran and instead promote normal trade and diplomatic relations.

Her articles appear regularly in outlets such as The Guardian, The Huffington Post, CommonDreams, Alternet and The Hill. Medea can be reached at: medea@codepink.org or @medeabenjamin.

Alice Slater serves on the Coordinating Committee of World BEYOND War and is the UN NGO Representative of the Nuclear Age Peace Foundation. She is on the Board of the Global Network Against Weapons and Nuclear Power in Space, the Global Council of Abolition 2000, and the Advisory Board of Nuclear Ban-US, supporting the mission of the International Campaign to Abolish Nuclear Weapons which won the 2017 Nobel Peace Prize for its work in realizing the successful UN negotiations for a Treaty for the Prohibition of Nuclear Weapons.

CounterPunch Magazine is published six times per year and is only available for those who subscribe. The magazine is available both in print form, sent by US Mail and as an email edition sent as a PDF. (PDFs are readable with Adobe Acrobat Reader which can be downloaded for free at www.adobe.com)