film ‘Capernaum’ Review: A Heartbreaking and Defiant Look at a Boy’s Life in Beirut

The poignant drama, “Capernaum,” follows a boy who runs away and winds up roaming the slums of Beirut shouldering a distressing responsibility. At its premiere at Cannes in May, the film received a 15-minute standing ovation. 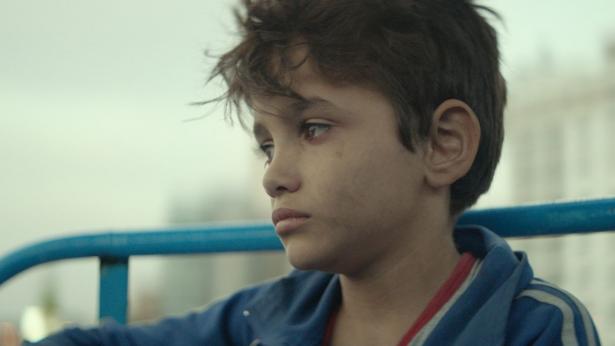 “Capernaum,” Nadine Labaki’s hectic and heartbreaking new film, borrows its name from an ancient city condemned to hell, according to the Book of Matthew, by Jesus himself. The word has since become a synonym for chaos, and modern Beirut as captured by Ms. Labaki’s camera is a teeming vision of the inferno, a place without peace, mercy or order.

Its crowded streets and makeshift dwellings hold endless desperation, but the movie is too busy, too angry and too absorbing — too exciting, you might say — to succumb to despair. The sources of its remarkable energy are Ms. Labaki’s curiosity and the charisma of her young star, Zain al Rafeea, who plays a boy named Zain.

Zain is around 12, though his precise age is unknown to him, his parents or the Lebanese authorities. In some ways, he looks much younger, a skinny urchin with big eyes and an air of worried determination. But he also seems older than his years — hard-working and resilient, with an impressive command of profanity and a steely defiance that can back down grown men.

When we first meet Zain, he is in jail and then in court. He has brought suit against his mother (Kawthar al Haddad) and father (Fadi Kamel Youssef) for bringing him into the world and failing to care for him or their other children. The courtroom scenes that frame the tale of Zain’s ordeal at home and his adventures once he runs away serve a few distinct purposes. They offer a measure of comfort — a guarantee that whatever horrors he endures, our hero will at least survive — and also a dose of semi-satirical social critique.

The kindly, avuncular judge (played by an actual retired Lebanese jurist named Elias Khoury) and the officious lawyers representing Zain and his parents speak a language of reasoned inquiry and civic enlightenment. Their rhetorical pomp is meant to show the benevolent, problem-solving authority of the state, which has the power to discipline and protect its citizens. Everything that happens outside the court makes a mockery of this assertion.

At first, Zain finds relief from his disorderly home in the routines of work and the company of his siblings, especially his sister Sahar. He is in constant motion, running errands for shopkeepers in his neighborhood and helping his parents with their almost-legal and brazenly criminal enterprises. When he fails to prevent them from marrying off Sahar, who is 11, to their landlord’s son, Zain flees. He seeks refuge in a shabby amusement park, and finds it with Rahil (Yordanos Shiferaw), an African refugee who lives in a nearby shantytown with her toddler son, Jonas (Boluwatife Treasure Bankole).

Zain looks after Jonas while Rahil, who is working illegally with a forged permit, scrubs floors and hauls garbage. The precariousness of their household is agonizing, even as the tenderness that holds it together is touching and understated. There is also an element of comedy in the spectacle of Zain and Jonas as they make their way through the chaos, the younger child nestled into a cooking pot mounted on a skateboard that his caretaker pulls along through the streets.

You might see a trace of Huck Finn in Zain — a wily, footloose boy whose wanderings illuminate the absurdities and horrors of the larger world. He’s also, in circumstance if not in attitude, like a Dickens hero navigating a metropolis where poverty and cruelty threaten to overwhelm kindness and fellow feeling.

That they don’t quite succeed is testament to the strength of Labaki’s humanist convictions and also to her instincts as a storyteller. Her two previous features, “Caramel” and “Where Do We Go Now,” examine aspects of Lebanese life that are somewhat less harsh than the ones depicted in “Capernaum” with a similarly acute sense of the injustices and contradictions that plague the country. They are also full of warmth and humor, which this film insists are never absent, even in dire circumstances.

Which is not to say that anything here is sugar-coated. The buying and selling of children is contemplated with chilling matter-of-factness, and the world Zain inhabits is one where human bonds have become brutally transactional. Forced to become a shrewd materialist — in his interactions with adults he is almost always trying to make a deal or work an angle — he somehow clings to a sense of honor and a capacity for empathy.

Does Zain’s goodness arise from childish innocence or a magically saintly disposition? In al Rafeea, a Syrian refugee with no training as an actor, Labaki has found a performer who renders such questions moot. This is a matter less of authenticity than of charisma. His charm and magnetism amount to a kind of moral authority. You don’t just root for Zain or believe in him: You trust him.

Rahil sees that. Jonas does too. And “Capernaum,” a sprawling tale wrenched from real life, goes beyond the conventions of documentary or realism into a mode of representation that doesn’t quite have a name. It’s a fairy tale and an opera, a potboiler and a news bulletin, a howl of protest and an anthem of resistance.