A trade war with China poses a serious threat to the US itself, which is bound to suffer severe losses due to trade diversion; and broader damage, as tit-for-tat tariffs reduce overall exports, undermine total global trade, and world economic growth. 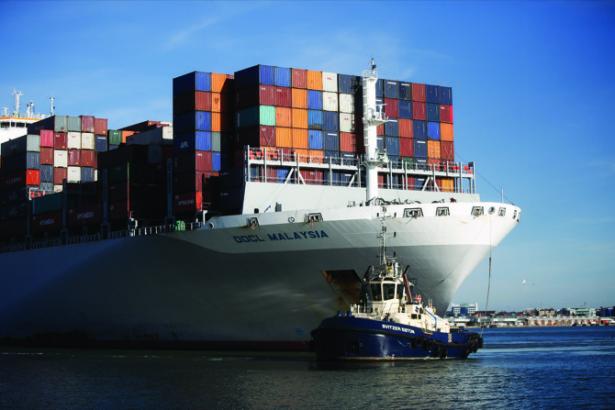 TOKYO –In 1950, the Canadian-born Princeton University economist Jacob Viner explained a customs union produces a “trade creation” effect, as lower tariffs and non-tariff barriers spur increased flows of goods among member countries. But Viner noted that a customs union also generates a “trade diversion” effect, as countries that are not part of it face reductions in their trade with countries that are. By raising trade barriers with its major trading partners – especially China – the US now risks negative trade-creation and trade-diversion effects.

Of course, the US is not part of a customs union. But the trade creation and diversion effects can be seen, to varying extents, with any free-trade area – even an arrangement as broad as the World Trade Organization. So when, for example, US President Donald Trump withdrew from the Trans-Pacific Partnership – which is now moving forward as the Comprehensive and Progressive Agreement for Trans-Pacific Partnership – it effectively doomed the US to a reduction in trade with the countries it deserted, as they increase trade with one another.

It is difficult to discern any redeeming qualities in Trump’s “America First” trade policies. But, to be fair, if not generous, there is some merit to challenging the status quo. Indeed, while it is a good idea to base policies on past experience, blindly sticking to tradition is a recipe for inertia. Instead, policymakers should be willing to take calculated risks and pursue pragmatic innovation.1

When it comes to Trump, such risk-taking often takes the form of challenging established assumptions about negotiations, including what in game theory is called an actor’s “threat point” – the point beyond which negotiation is no longer worthwhile. Exposing actors’ true threat points – which may leave more space for concessions than those actors would have their interlocutors believe – could help to break a deadlock in difficult negotiations.

This is what the Trump administration seems to be attempting to do in a few areas. For example, Trump seems eager to determine whether China, which for years has violated shared rules – regarding, say, foreign investment and the protection of intellectual property – would be willing, if push came to shove, to begin adhering to those rules.

But, whatever the potential benefits of this strategy, they are dwarfed by the risks of Trump’s crude and capricious protectionism. Ironically, America First will probably cause serious damage to the US itself, which is bound to suffer severe losses due to trade diversion. Furthermore, Trump’s protectionism could lead to broader damage, with tit-for-tat tariffs reducing overall exports, undermining total global trade flows, and impeding world economic growth.

That would mirror the consequences America’s protectionist Smoot-Hawley Tariff Act, enacted in 1930 over the protests of more than 1,000 economists. By hiking tariff rates to record levels, Smoot-Hawley helped to turn a US recession into the Great Depression, though scholars disagree about the exact magnitude of the law’s effect on the world economy.

Despite the Sino-American trade war’s overall negative effects, economies that remain more open to trade – such as the European Union, India, Japan, or South Korea – may reap some benefits from the resulting trade diversion. And emerging statistical data imply that such diversion is already taking place.

The trade war probably explains, for example, surging Japanese exports to China, which increased by 18.3% from April 2017 to March 2018. The trade volume, amounting to over JP¥15 trillion ($136 billion), is now almost equal to Japan’s exports to the US over the same period, which reflected a 7.5% increase from the previous year.

Moreover, according to new Ministry of Finance customs statistics, Japan’s exports to China during the first half of 2018 were worth more than JP¥4 trillion, which is 16.4% higher than its exports even during the first half of 2007, prior to the global economic crisis. US exports to China, by contrast, have declined by 8.5% since 2007. These numbers reflect a trade-diversion effect that is negative for the US and China, but positive to outsiders.

There is no doubt that Trump’s trade war is a serious risk. But it is far less clear that it was a calculated one, or, if it was, that it was calculated well. After all, as the old saying goes, while two dogs quarrel over a bone, the third runs away with it.