Transportation experts see Uber and Lyft as the future. But rural communities still don’t use them. Only 19 percent of Americans in rural areas use ride-hailing apps. 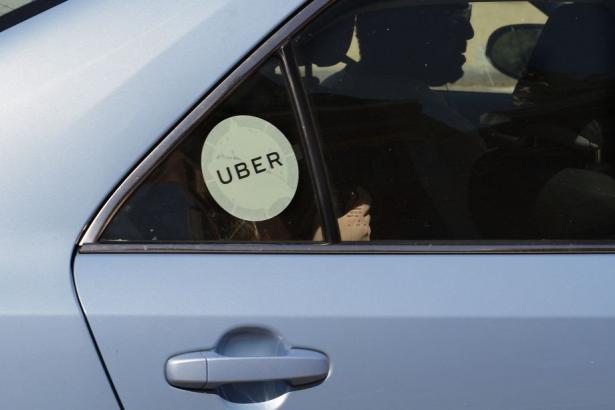 When Uber and Lyft released their subscription services last year, each said that its program was a step toward moving America away from being a car-dependent society.

“We’ll own cars the way we own horses,” author of The Membership Economy Robbie Kellman Baxter told me. “It’s a folly, it’s a fun thing, but it’s not the way we get around.”

Of course, ride-hailing services are fully behind the elimination of car ownership, as that would improve their bottom line, but some gig economy and transportation experts, like Baxter, also believe that eventually all mobility will be subscription-based. Cornell University infrastructure policy program director Richard Geddes has said that trading in car ownership for a subscription model would be more economically viable for many Americans and is probably the way the automotive industry is going. “Car ownership is so inefficient,” he says. “Families are not good at owning cars. They are not good at buying them, not good at selling them, and not good at maintaining them.”

However, a Pew Research Center report shows that there is an urban-rural divide among Americans regarding ride-hailing usage. According to Pew’s findings, 19 percent of Americans living in rural America use ride-hailing apps, while in urban and suburban America, those numbers are 45 and 40 percent, respectively. In urban areas, 19 percent of users take Ubers weekly, while in rural areas it’s just 5 percent.

The theory is that ride-hailing is a gateway to subscription-based mobility, which, paired with self-driving cars, is supposed to be the transportation of the future. A report by Research and Markets stated that now until 2022, the subscription-based car model will experience a compound annual growth rate of 71.38 percent. This could including booking a car for a specific amount of time, but also plans like Uber’s and Lyft’s. Eventually, perhaps, no one will own a car and AVs will be picking us up at the push of a button. But does the theory still hold up with such dismal user numbers in rural areas, which make up one-fifth of the country’s population?

According to a 2015 Verge article, Uber covers about 75 percent of the US, but getting to 100 would mean infiltrating smaller towns and rural areas. In 2017, the Los Angeles Times wrote that Uber has near-statewide coverage in 13 states, and Lyft, in order to fill in the spots that its competitor doesn’t cover, announced that it was now available in 40 states and 94 percent of Americans could access it.

However, the LA Times found this wasn’t wholly true. On a Wednesday night in New York’s Finger Lakes region, few cars appeared on the map. And in Corning, New York, the closest Lyft ride was 74 miles away and showed no estimated time of pickup.

Technological infrastructure is one of the biggest challenges in rural areas. Uber and Lyft both depend on good cell service, something that can be spotty in small towns. In a 2018 study investigating the rural-urban ride-hailing divide in Pennsylvania, author Rhoda C. Joseph says that expansion of cellular and broadband technology “may have the most significant impact” when it comes to reaching smaller towns. The study also noted that the possession of a credit or debit card is a requirement of all drivers, which could also deter Americans who only use cash.

Baxter also says this could be a big reason why rides-hailing apps aren’t thriving in rural areas. “In my work with other apps, when targeting rural areas I saw how unreliable rural broadband is,” she wrote via email.

She adds that the routes drivers take in rural areas also don’t foster a need for Uber or Lyft. “Rideshares are most economical when the distance is short and the parking fees high,” she says. “Not likely to be the case for a rural ride.”

Uber message boards frequently discuss how small town driving is much less lucrative. One driver in Davis, California, wrote that she earned $18 for more than two hours of work. So not only is expanding to rural areas fiscally precarious for Uber and Lyft, it also may not reap much reward for drivers.

Rural-friendly ride-hailing alternatives have emerged in the gaps Lyft and Uber leave. One Nebraska-based ride-hailing service named Liberty Mobility Now tried to satisfy the needs of rural cities in Ohio, Texas, and Nebraska where Uber and Lyft were not yet available. It operated differently than Uber and Lyft: The service had a call center so those who didn’t have access to smart devices could still hail a car. According to NPR, drivers were also encouraged to form relationships with their clients, something that often doesn’t happen in Ubers or Lyfts. In Athens, Ohio, Liberty was the first ride-hailing service the city had. However, the company declared bankruptcy after being sued by an investor for supposedly misrepresenting finances.

Suzanne Ashe was once the only Uber driver in Haines, Alaska — population 1,374 — and said she kept getting kicked off the platform because there weren’t enough people asking for rides. She also found that some places weren’t on Uber’s maps, so clients couldn’t enter their destination, and internet could be spotty.

For these reasons, Ashe quit Uber and started her own ride-hailing business called Red Cab, named for her 2010 Red Chevy HHR, the only car in her “company.” She charges a flat rate of $10 per ride and $30 per hour. “In order to cater to rural areas, especially areas where there isn’t a saturation of network, then a cab company makes a lot more sense,” she told Chilkat Valley News.

Despite the many obstacles, Geddes believes that autonomous, on-demand rides will eventually replace personal car ownership, and says the discrepancy between urban and rural usage mostly has to do with market penetration.

“What you’re seeing in the data looks like some symptomatic differentiation, but it’s really just the fact that these services were first introduced in markets that would yield the most profit to the company,” he says. In other words, it’s not the regional differences in credit card and internet access that’s holding back Uber and Lyft in rural areas; it’s the simple fact that ride-hailing apps aren’t available.

In Ithaca, New York, which has a population of 31,000 and houses two universities, Uber and Lyft weren’t available until 2017. Geddes says it wasn’t for lack of demand — Ithaca just didn’t have as obvious a cash flow as other Northeastern hubs like New York City or Boston. “Faculty in Cornell were talking about it,” he says. “It was a big deal, but it took a long time.”

The aforementioned 2018 study also found that rural areas could be lucrative for Uber and Lyft. In the study, Joseph determined how ready each county in Pennsylvania was to adopt ride-hailing by assigning each one an RSI (ride-sharing index). RSIs were calculated using four variables: median income, population density, unemployment, and licensed drivers. The study proposes that when all these variables are high, a country is more likely to embrace ride-hailing.

Want more stories from The Goods by Vox? Sign up for our newsletter here.