A taut, twisty new series from Amazon and the BBC touches on race, class, immigration and terrorism. 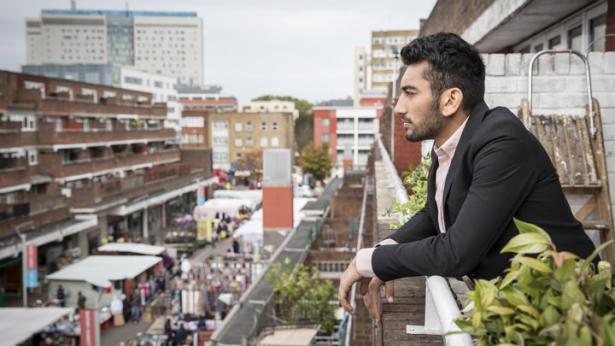 Having already churned out the immensely popular and acclaimed Bodyguard (despite some well-earned quibbles about implausibility), Britain sends its next big deal to the States with the BBC One and Amazon series Informer — which mostly manages to be deeper and vastly more believable. American audiences seeking something a little different should jump on this one as well.

Slick enough to be compelling in the early going and cleverly constructed enough to maintain interest thereafter, Informer makes viewers wonder about both previously formed opinions and potential twists to come, which is half the battle for attention. The series immediately sets the hook with three standout performances before slowly proving that its ensemble has other surprises up its sleeve.

Created and written by Rory Haines and Sohrab Noshirvani and directed by Jonny Campbell (The Casual Vacancy, In the Flesh), Informer benefits from its consistent vision and willingness to be ambitious. The series starts with a feint — a woman leaves a cellphone on a commuter train and a man sitting across from her picks it up, gets off the train to give it to her, tracks her to a local cafe and moments after returning it finds himself in the middle of a random, bloody shooting spree as someone opens fire in the cafe.

That will eventually lead to a reveal, but it's not immediately the story that Informer wants to tell (each episode begins with that cafe shooting told from a new perspective, however). In the beginning, it's just a way for Haines and Noshirvani to let the audience meet DS Gabe Waters (Paddy Considine, Peaky Blinders), a counter-terrorist officer who responded to the shooting and has deeper ties to it. Informer then pivots and jumps back one year and we meet Raza Shar (Nabhaan Rizwan), a Pakistani in East London who scores some pills and goes out dancing with his girlfriend before she has a bad reaction and almost dies in the club.

If you're paying attention, a couple of early, intriguing trends pop up in Informer. It's unabashedly about race and class, about immigration and English identity (the man returning the phone is black; another is an older Asian man who works at the cafe and can't speak English very well; Raza has a white girlfriend; and in short order we find out that Gabe, previously working undercover to bring down some white supremacists, is sporting tattoos from the assignment that still has him experiencing PTSD). There are characters who are Muslim, Albanian, African and the list goes on as Informer uses the melting pot of modern Britain to underscore the issues still front and center there (and in the U.S., of course — British television has just done a better, more thoughtful job in this regard).

It's a lot to bite off, and not even the early focus of the series. Gabe gets a new partner, Holly Morten (Bel Powley), who looks all of 16 and whose direct, tactless demeanor has those in the counter-terrorist group joking about her all-business nature when it's much more likely that she's on the spectrum. Holly is tasked by Gabe to work on recruiting more informants, an issue that becomes more pressing when one of Gabe's reliable leads is killed. The duo manage to tweak the charges on Raza, thinking he's a good candidate, but it isn't until Holly's diligence uncovers that Raza's mother has overstayed her visa by at least 16 years and could be deported that they convince Raza — who is at best a low-level thief — to work essentially as an undercover informant. (If you're looking for more examples of Informer being ambitious in its storytelling, how it handles whether Raza's mother is really his mother is pretty interesting.)

In his short time in jail (roughly 24 hours), Raza meets Dadir Hassan (Roger Jean Nsengiyumva), whom everybody thinks is a drug dealer (a running "joke" that's less joke than an indictment of profiling). As it turns out, Dadir's brother is Gabe's dead informant and Gabe has Raza start hanging out as much as possible with Dadir. While there are a couple of early coincidences that are too convenient (though not nearly as many as in Bodyguard), everything holds together precisely because Rizwan, Nsengiyumva and Considine give excellent, magnetic performances.

This is particularly impressive for Rizwan, a star in the making, since this is his first TV role. Nsengiyumva is also someone who commands the camera. The more veteran but always strong Considine adds that third layer of unpredictability to the mix. And with Campbell, the director, ratcheting up the sense that things are going to go sideways and something bad is imminent, Informer is able to tautly maneuver through the tricky twists that Haines and Noshirvani lay out.

Not all of it works. But the bulk of it does, and there are ongoing surprises along the way that deepen the story. Viewers can eagerly burn through the six episodes (but it's fairly anxiety-producing, so maybe piecemeal is better).

Even when Informer hits some potholes (and plot holes), it stays on track because Rizwan, Nsengiyumva and Considine never flag in their performances. It's truly great work from all of them. As the episodes unfold, plenty of other surprising turns from the extended cast also emerge, including Jessica Raine as Gabe's wife, Emily (although more of her would have been better); Sunetra Sarker as Raza's mom; and Arsher Ali as an undercover cop.

Whereas the conspiracy in Bodyguard was this confusing mess that often tested patience when it got too implausible, the rest of it was pretty straightforward (and yes, entertaining). But there's more dramatic ambition at the core of Informer, and the same level of barn-burning pace and action. The good news is you don't have to choose. But Informer doesn't yet have the buzz of Bodyguard, so don't lose sight of it.