labor Union Membership in the U.S. Hit Record Low in 2018

The drop continues a trend that except for a pause during the 2008 financial crisis, has been ongoing since the 1980s, when the share of organized labor was roughly double what it is today. 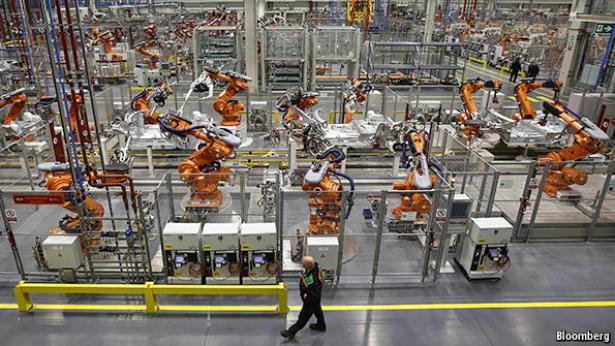 Union membership in the U.S. continues to shrink, showing that organized labor still faces headwinds despite some recent victories.

Among American workers, participation in a union fell to 10.5 percent last year, from 10.7 percent in 2017 and 2016, with all demographic groups seeing a decline in membership. The drop continues a trend that except for a pause during the 2008 financial crisis, has been ongoing since the 1980s, when the share of organized labor was roughly double what it is today.

ust 6.4 percent of private-sector workers belonged to a union last year (a slightly higher figure, 7.2 percent, were represented by unions but were not officially members.) Real estate firms, utilities and construction industry players saw drops in the rate of unionization.

But some industries saw outsize gains. Education services added more than 100,000 union members last year, the most of any sector. Other industries that added union members include manufacturing, entertainment and waste services.

In the public sector, which has historically had a much heavier union presence than private businesses, union representation dropped by half a percent, to 37.2 percent. Membership grew among local government workers, shrank among state employees and held steady at the federal level.

Many were expecting public-sector membership to plummet in the wake of last year's Supreme Court decision in Janus v. AFSCME, which barred public-sector unions from charging fees to workers who did not join the union.

But the Labor Department's figures show only a slight drop. The figures also don't reveal whether workers did or didn't pay union fees, indicating only whether they are represented by a union.

The AFL-CIO, the largest organized-labor group, called 2018 "one of the best years in history" in a tweet, and pointed to the increases in unionization among professional workers. Last year, more than 28,000 professionals--ranging from graduate teaching assistants to actors—chose to unionize, the labor federation said.

Geographically, unions have the biggest presence in the northeast and on the West Coast. New York has the highest share of unionized workers, with 25 percent being represented by a union, although that share shrank last year.

The Southeast, which historically had a small union presence, saw gains in 2018. Alabama added 44,000 union members last year—the most of any state—while the share of workers in unions also crept up in Florida, Louisiana and Georgia.

Meanwhile, public approval of unions hit a 15-year high in 2018, according to Gallup.